Vessels of a mini-pig eye

Surface of a mouse retina

The entire surface of a mouse retina, created by stitching together 400 images into one. Created by Gabriel Luna of the Neuroscience Research Institute, University of California, Santa Barbara, using confocal microscopy, a special form of light microscopy that uses laser beams and a pinhole to eliminate out-of-focus light.

A CT scan of a pigeon after its blood vessels had been injected with a special contrast agent called BriteVu. Taken by Scott Echols and the Grey Parrot Anatomy Project.

Language pathways of the brain 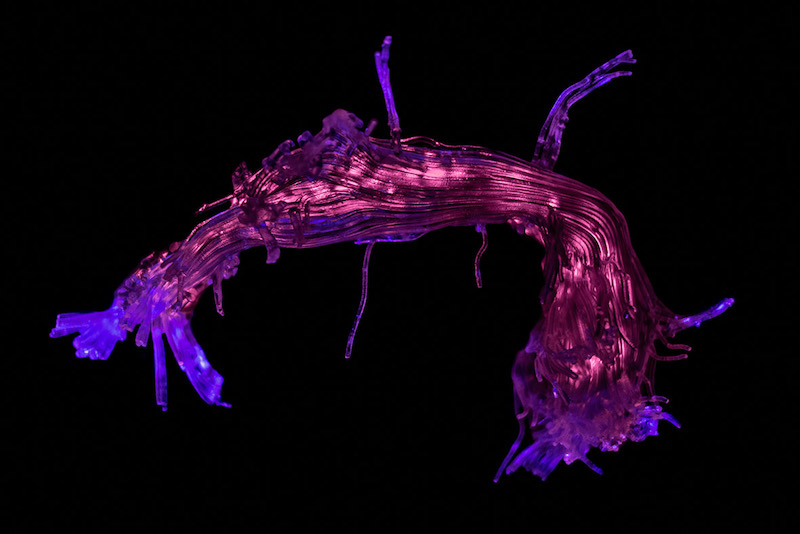 A 3D-printed reconstruction of the arcuate fasciculus that connects two key language areas in the brain, Broca’s area and Wernicke’s area. It has been produced through diffusion imaging, a form of MRI scanning that uses the diffusion of water molecules to generate contrast, the data from which was used to create a 3D model created with 3D-printing technology. The image was created by neuroimager Stephanie J Morkel, neuroscientist Ahmad Beyh and MRI specialist Alfonso de Lara Rubio, at King’s College London. 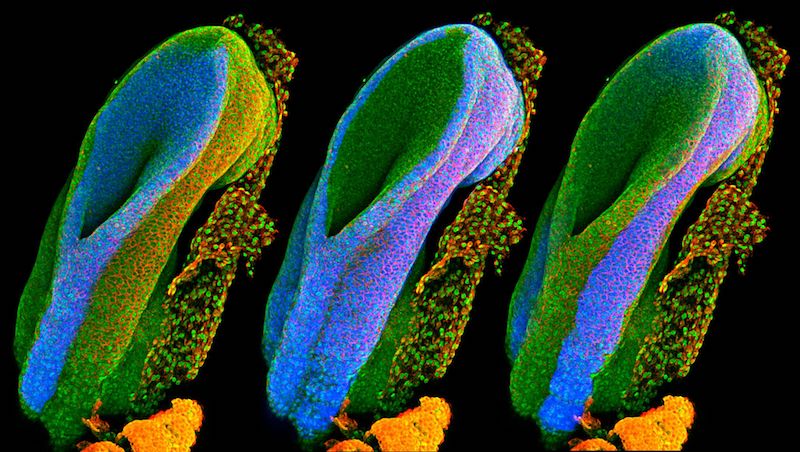 Three images of the open end of a mouse’s neural tube, the embryonic structure that develops into the central nervous system, each image highlighting (in blue) one of the three main embryonic tissue types, in successive images the neural tube, mesoderm and ectoderm. Taken by Gabriel Galea, of University College, London, using  confocal microscopy.

A polarised light micrograph of a section of cat skin, showing hairs, whiskers and their blood supply. Taken by David Linstead, a retired research biologist.

A four-day-old zebrafish embryo which has been genetically modified using the CRISPR/Cas9 gene editing technique, so that certain genes fluoresce red when the inserted gene is activated. The genes fluorescing red here are in the lens of the eye and in neuromasts, a special mechanosensory system in fish that responds to surrounding water movements.The fish’s nervous system was also been labelled for study, and is shown in blueish-green. Taken by Ingrid Lekk and Steve Wilson, University College, London.

Brain on a chip

Neural stem cells, grown on a synthetic gel called PEG, and nerve fibres they have produced. The stem cells are magenta, the nerve fibres green.Taken by Collin Edington and Iris Lee at the Koch Institute, MIT, using confocal microcopy. 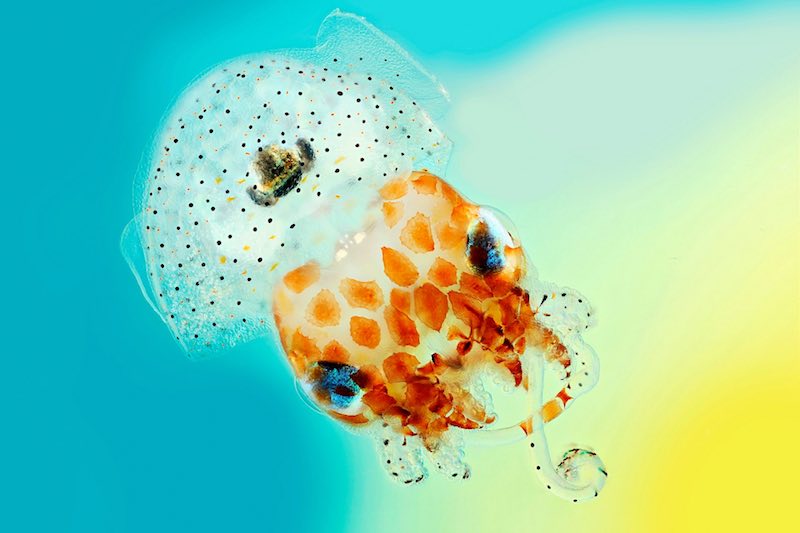