Perhaps not since 1989 have we witnessed a year as momentous as the last one. From the occupation of Tahrir Square to the mass protests in Moscow, from the Euro crisis to the calamity of the Japanese tsunami, from the London riots to the Libyan conflict, from the killing of Osama bin Laden to the death of Vaclav Havel, there was constant ferment throughout 2011. But how will the events of 2011 shape those of 2012? Four thoughts:

1 Most of the Arab world will remain undemocratic. But the political landscape has already been transformed. 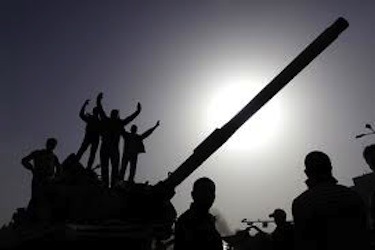 2011 began with great hopes that the Arab spring could sweep away the Arab regimes. It finished with fears that not much had changed, and that what had changed may not necessarily have been for the better. Regimes in Bahrain and Saudi Arabia clung on to power, Syria brutally repressed demonstrators, the Egyptian army continued its bloody rule from behind the scenes, and Islamists and Salafists swept to victory in elections in both Egypt and Tunisia.

Both the original over-optimism and the current over-pessimism are misplaced. Revolutions happen quickly. The social and political changes they make possible take much longer to work themselves out. And how they work themselves out depends on the interplay of a myriad power struggles. The outcome of the Arab Spring remains unclear because these power struggles have barely begun. Nevertheless, whatever the outcome of the revolts in any particular country, the Arab political landscape has been irrevocably changed.  The ‘strong man’ model of rule that held sway over much of the Arab world for the past half century rested primarily on two props: the ability to constrain opposition at home, and the willingness of a Great Power, America in particular, to shore up the dictatorship. Both the internal and external props of autocracy have corroded.  They have not, of course, entirely disappeared. The willingness of Bahrain and, in particular of Syria, to use lethal force against demonstrators shows how much the old methods and mindsets remain. And yet the fact that Bahrain was forced to conduct an investigation (however much a whitewash that may have been) and that Syria felt it necessary accept Arab League observers (however ineffectual they are, and however much the observers’ own hands are bloodstained) demonstrates how much weaker the regimes have become.

US support for the regimes, too, continues. In both Bahrain and Saudi Arabia, for instance, the regimes remain vital for US interests. Washington’s desire is not so much for democracy, as for stability. In some cases, this means that America is happy to support movements for change, in other cases to back the regime. And yet, America’s ability to dictate terms either way has been weakened.

What of the Islamists? Their electoral success in Egypt and Tunisia is, of course, worrying. It does not, however, represent mass support for religious extremism. The Islamists have profited from widespread alienation not just from the old regimes, which were often associated with secularism, but also from mainstream politics that many regard as corrupt. Yet the Arab Spring itself has helped changed Islamism. Islamists remain a reactionary force, but they are now reactionary in the context of a democratic transformation.  Whether the Islamists continue to flourish, and how dangerous they will be, depends largely on the degree to which people see the democratic process as improving their lives. If Egypt goes the way of Russia and Ukraine – where 82% and 95%, respectively, think that politicians have benefitted from post-communist changes, but only 26% and 11% believe that ordinary people have – that would indeed be cause for real worry.

2 The race to elect the least unelectable 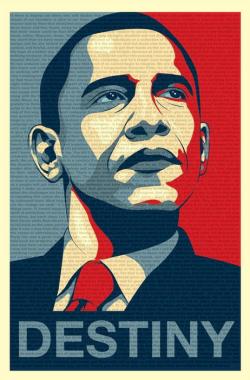 Three major presidential elections take place this year – in America, France and Russia. The two incumbents, Barack Obama and Nicolas Sarkozy, and Vladimir Putin, the man who acts like the incumbent, are all in trouble. That is not surprising – most elections these days are settled less by ideological differences than by disenchantment with the incumbent.

Three years ago, in a discussion with David Roediger and Candace Allen in the run-up to the 2008 Presidential elections, I described Barack Obama not as a ‘post-racial politician’, as it was then fashionable to dub him, but as a ‘post-political’ one. Obama, I suggested, ‘eschews anything so old-fashioned as a political programme. What he sells are not his ideas but himself’. The past three years have only strengthened that view.  Obama has transformed himself in that time from a Nobel Prize winning embodiment of hope to a figure whose policies are barely distinguishable from those of his predecessor. And as he has done so, he has robbed himself of his biggest asset. His supporters, I suggested in that discussion with Roediger and Allan, ‘respond to him because he seems young, hip, and cool, a man who can bring hope and change and a new America – without ever having to define what hope, change and newness means. What seems to matter is not where his policies might take America but what he himself, as an individual, represents about the state of American society.’ That is no longer an argument that either he or his supporters can wield. Obama’s biggest asset today is not his record but the record of the Republican Party, whose presidential candidates seem to be having a private contest to see who can appear the biggest fool. The difficulties that the Republicans face in uniting around a suitable candidate shows the degree to which traditional political constituencies have fragmented. Whether that is sufficient to save Obama in November remains to be seen – the process of fragmentation and incoherence is as corrosive of the Democratic base as of the Republican.

In France, Nicolas Sarkozy, too, has been lucky with his opponents, and especially with the scandal that befell potentially his toughest rival Dominique Strauss Kahn.  Nevertheless he trails his Socialist opponent, François Hollande, in the polls, and faces a challenge from the far right, too, in the form of the Front National’s Marina Le Pen. Even more than Obama, Sarkozy is likely to fall victim to the law of the guillotine for the incumbent.

The sight of tens of thousands of people demonstrating on the streets of Moscow against the rigging of the parliamentary elections in December was startling in a nation in which the political authorities, the military and the secret police wield such brutal power. There are no signs that the protestors are about to launch the Slavic equivalent of the Arab Spring. Nevertheless if Putin is not returned to power in the spring Presidential elections, it would be a telling moment, suggesting a significant weakening of Moscow power structures. Were Obama or Sarkozy to be deposed, on the other hand, it is likely to make as little difference as the elections of Obama and Sarkozy themselves did.

3 The Euro crisis is irresolvable and the attempts to resolve it can only increase austerity and reduce democracy. 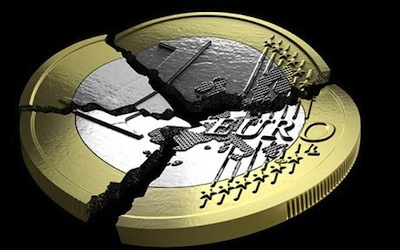 The EU spent 2011 trying to muddle through the Euro crisis, imposing ever-tougher austerity measures, and steadily insulating EU decisions from the democratic process. Much the same is on the agenda for 2012. But such muddling through cannot work. The real problem is not the debt levels of Greece or Italy, but the Euro project itself.

It is not possible to have a stable currency union across economically uneven countries without having first established a political union. In the absence of a legitimate political union that, as in a nation state, can provide a democratic warrant for economic intervention and for the transfer of resources from richer to poorer areas through monetary and fiscal policies, the EU has been forced to make do by imposing the harshest of austerity programmes on southern European countries and Ireland, programmes that far from addressing the underlying problems of productivity and growth, will not only make them worse, but is already punishing the poor for the crimes of the rich and the failures of bureaucratic policies.

Given that a democratically constituted political union is a mirage, Eurocrats have sought to create by stealth an undemocratic one.  The imposition of technocratic governments on Greece and Italy, the insistence in the new intergovernmental treaty drawn up in December that Brussels bureaucrats  must have the final say on national budgets – there are but the first steps down a road, along which the EU will travel further in 2012. In the long term, however, the Euro is unlikely to survive because the level of disregard for democratic rights necessary for an imposed-from-the-top fiscal or political union will be politically unacceptable – and not just to Eurosceptics. The December treaty itself is already coming apart, with even French Presidential front runner François Hollande insisting that, if returned to power, he will renegotiate. The trouble is, the attempts to save the Euro can only make more calamitous the disorderly unraveling of the currency union when it does happen.

4 The economic crisis will deepen. And yet, politically, capitalism is, and will remain, stronger than ever. 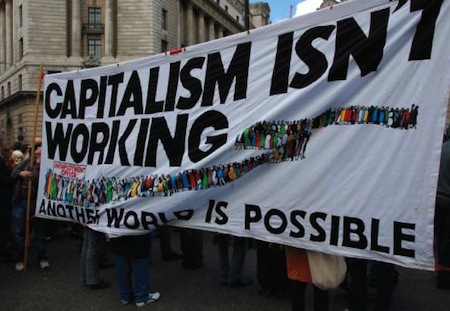 The Eurozone crisis is only one facet of the global economic crisis. Having barely escaped the last recession, the world is rapidly slipping into another one.  The depth of the economic crisis has led to talk of a ‘crisis of capitalism’. And yet, unlike in the 1930s, or the 1980s, there is today no political challenge to capitalism. Workers’ organizations have been destroyed, the left has imploded, as has the idea that there could be an alternative to the market system. As a result, despite the economic crisis, capital has never been so ascendant over labour. It is true that there have been points of resistance from labour unrest in China to strikes in Egypt to riots in Athens. These are, however, relatively isolated events, not part of any broader movement. It is also true that the Occupy movement has in the space of a few months spread into a global phenomenon. It is an expression of anger and frustration both at the unfairness of the economic system and at the failure of mainstream politics to tackle that unfairness. It is not a challenge to capitalism.  The one depressing certainty of 2012 is that capitalism is likely to end the year economically weaker, but politically stronger.