As an aspiring teenage middle distance runner I once dreamed of competing at the Olympics. I grew up in the golden age of British middle distance running in the 1970s and 1980s. My hero was Steve Ovett, the bad boy of British athletics, arch rival and arch contrast to Sebastian Coe, the smooth establishment figure, whose destiny it always was to become first a Conservative MP and then the organizer of the 2012 London games. I was never either good enough or dedicated enough to make the grade. But I have never lost either my love for athletics or my obsession with the Olympics. I have, over the years, watched the Games from afar. Next week I will finally attend an Olympics Games in person, not, alas, as a competitor, an aspiration which was always more mirage than dream, but at least as a spectator.

Even as the Games open in London, the debate about whether they are good or bad for the city, and the nation, continues unabated. From that moment in 2005 when London beat Paris to win the right to stage the 2012 Games – indeed, from even before then – there has emerged two kinds of responses to the ‘greatest show on Earth’. For some, the Games provide a means of solving many of London’s myriad social problems. For others, they exacerbate already existing problems, and create a battery of new ones. What has all too often been missing in this debate is what once fuelled my dreams, what burns in all athletes’ souls, what draws most spectators to the spectacle – the thrill of sporting contest.

London won the Games by promising, as has virtually every other sporting event over the past three decades, to use them as an instrument of social good. ‘The most enduring legacy of the Olympics’, claimed the London Olympic bid book, ‘will be the regeneration of an entire community for the direct benefit of everyone who lives there’. Yet, as early as 2003, a British government report Game Plan had concluded that ‘the quantifiable evidence to support each of the perceived benefits for mega events is weak’.  No modern Games has produced a legacy of regeneration. No independent academic study has shown a link between the hosting of sports tournaments and economic development. 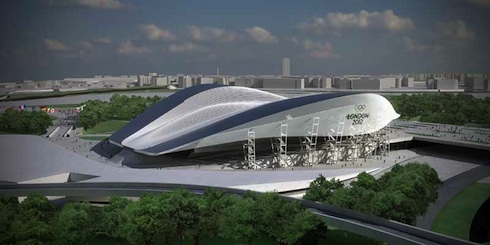 Olympics construction is certainly transforming the face of east London. The 200 acre Olympic Park, with the athletics stadium, velodrome, and iconic Aquatic Centre, has remade what had been neglected industrial wasteland into London landmark.  But the Olympic bid has not, cannot and will not regenerate the area in a way that will transform the lives of local people, providing them with decent jobs and housing.  Newham, the London borough in which most of the Olympic park lies, is one of the ten most deprived areas in Britain, has the worst unemployment rate in London and the highest level of child poverty. No amount of Olympic construction is going to change that.

Creating jobs, building houses, improving health – all these are matters for policy makers, not sports administrators. Over the past three decades, however, politicians have increasingly looked to sporting and cultural projects as vehicles of social change. Whether promoting a football tournament or building an art gallery, every major cultural project these days seems defined as much by its social goals as by its cultural promise.  Having lost faith in traditional means of creating jobs and transforming communities, policy makers have begun to tailgate cultural projects. Equally, arts and sports administrators have lost faith in their ability sell their projects on their own terms, and so play along with the pretence that these projects are important vehicles of social change.

The result has been a chorus of disenchantment with the London Games. For the critics, Britain is hurling vast amounts of money into an Olympic-sized black hole with no possibility of any return. ‘The “legacy”’, wrote Observer journalist and self-defined ‘Olympicphobe’ Andrew Rawnsley, ‘is only for those who are in love with white elephants’. It is true, he acknowledged, that ‘there will be some new housing in previously derelict part of East London, but constructing an Olympic Park was a very expensive way of going about that’.

This discontent has only been exacerbated by the cackhandedness of both the British government and the Olympic organisers, expressed in everything from the farce over Games security to the furore over the special ‘Olympic lanes’. More serious has been the militarization of the Games and the culture of censorship that has accompanied it, from the placement of missiles on the roofs of residential blocks in East London to the banning of material deemed unacceptable to the ‘Olympic family’. Yet, just as the Games are not responsible for the failures of regeneration policy in east London, nor for the lack of jobs and housing in the area, neither are they responsible for the growing militarization of society in response to panics about terrorism, nor for a culture that has long accepted the curtailment of free speech and liberties. The heavy-handed security and the petty authoritarianism is unpleasant and unacceptable.  But, as anyone who has flown on a plane or spoken out in public in a way deemed offensive can attest, these are not new developments but extensions of existing trends. They need to be resisted. But we should not imagine that without the Olympics, Britain would be any less policed or any more willing to tolerate free expression.

In response to all this many have suggested that it would have been better for Britain never to have bid for the Games in the first place. As the geographer Professor Michael Hall has put it,  ‘investment in accessible and affordable education, health and communications technology, along with a diversified job creation strategy is far more likely to have long-term benefits for urban economic and social well-being than investment in elite mega-sports events.’ That is true – but it is argument against London staging the Games only if you accept that the point of the Olympics is social regeneration. What links the supporters and the critics is a common view of the Olympics less as a sporting tournament than as a symbol of wider social and political concerns. Supporters want to sell the Games as a vision of how to regenerate communities and promote social good. Critics see the event as epitomizing much of what is wrong with a society built on consumerism, corporate power and corruption.

Sport and culture have always, of course, been symbolic of wider issues, expressions of power struggles and social aspirations.  But they are never merely symbolic. If they were we would not be able to appreciate any artistic work or sporting achievement in its own terms. The political and social context of any cultural achievement – whether we’re talking about the artistic splendour of Renaissance Florence, which the Medicis viewed as political leverage in their struggle against Papal power, or about the eye-catching routines of gymnasts like Olga Korbut and Nadia Comenaci who in the 1970s transformed the discipline against the background of the Cold War and the use of sport as a political weapon  – is important. But those achievements also stand on their own merit. And they have to be appreciated on their own merit, not merely by what they represent politically or socially.

It is true that the Olympics Games have become bloated and commercial, shot through with politics and riddled with corruption. They have become vanity projects for administrators and politicians. I wish the Games were smaller, simpler, cheaper. I wish we could be rid of the mad circus that is the International Olympics Committee. Yet, for all that, I cannot hide my pleasure at London hosting the Games or my excitement at the prospect of  taking my seat in the Olympic Stadium. For us punters the Games are both much less and much more than they are for the administrators and the politicians, for the supporters and the critics. The Games are about human prowess and endurance and dedication and brilliance. They are about ten-second operas and two-hour dramas. Most of all they are about what one might call the Bob Beamon moment – that moment in which a sportsman or woman transcends the mere present and transforms our assumptions of what it is humanly possible to do, as Bob Beamon did with his astonishing long jump at the 1968 Mexico City Olympics. Beamon leapt 8.9m, beating the previous world record by 55cm and setting a standard that would not be bettered for 23 years.  Nadia Comaneci’s string of perfect 10s in Montreal in 1976. Michael Johnson splattering the 200m world record in Atlanta, 1996. Haile Gebrselassie’s 10,000m victory in Sidney in 2000, in which he ran the final 200m in an eye-watering 25.4 seconds. Michael Phelp’s haul of eight golds in the pool in Beijing. Usain Bolt’s awesome, outrageous, nonchalant shattering of the field in his 100m victory in Beijing 2008. Of these moments are formed the real legacy of the Olympic Games.

The images are, from the top down, Bob Beamon in his ‘perfect leap’ in Mexico City, 1968; the Aquatics Centre in London’s Olympic Park; missiles on Blackheath, south London; and Nadia Comaneci at the 1976 Montreal Games.