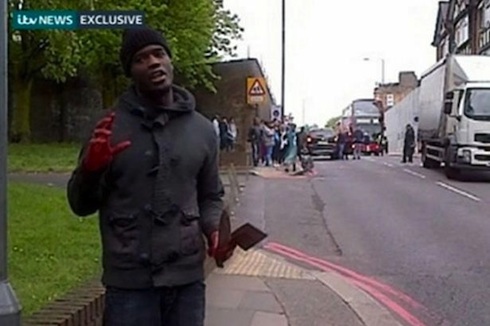 It was a mad, barbarous attack, more akin to a particularly savage form of street violence than to a politically motivated act. What was striking about the incident was not just its depravity but the desire of the murderers for that depravity to be captured on film. This was narcissistic horror, an attempt to create a spectacle, enact a performance, and generate media frenzy. In that it succeeded. We should not provide the act with greater legitimacy by rationalizing it in political or religious terms. Even to call it a terrorist act is to give it too much credibility.

Brutal nihilism and narcissistic hatred are central threads of contemporary jihadism. This is as true of 9/11 and 7/7 and the Boston bombing as it is true of the Woolwich murder. But while 9/11 and 7/7 were degenerate acts, the Woolwich attack shows how much more degenerate such attacks have become over the past decade. This was jihadism as depraved street violence.

Such degenerate nihilism is not peculiar to jihadists. It drove the twisted, paranoid fantasies of Anders Breivik, the Norwegian mass killer, who wanted ‘to create a European version of al-Qaeda’. It underlay the mass shootings in America in Aurora and Sandy Hook. Such acts remain rare. But the inchoate, disengaged, misanthropic rage upon which they draw, and the hatred of people and the indifference to one’s actions that they express, has become typical of a very contemporary form of violence. The fact that Breivik claimed that he was waging a war in defence of Christendom, or that the Woolwich attackers shouted ‘Allahu Akhbar’ does not make them any less degenerate or nihilistic, or any more ‘political’, than the perpetrators of the Aurora or Sandy Hook killings.

To suggest that the Woolwich attack was not driven by political anger is not to deny that we should take the threat of Islamism seriously. But we should also understand what underlies ‘homegrown’ terrorism. There was something bizarre, indeed surreal, about seeing a young black man with a broad south London accent raging about British soldiers in ‘our lands’, and warning that ‘you people will never be safe’.  It tells us less about his attachment to Islam than about his complete disengagement from British society. Islamism has become one expression of such disengagement and of such detachment from social norms.

The response by the authorities and the media played into the hands of the perpetrators. The best way to deal with terrorism, David Cameron observed in the immediate aftermath, was to carry on as normal. Yet, in turning the incident into a matter of national security, in suggesting that it might be a form of ‘planned terrorism’, in searching for possible Al Qaeda links, both the authorities and the media provided the murder with exactly the kind of legitimacy that the perpetrators craved.

There has been some debate about whether the film of the machete-wielding murderer justifying his actions should have replayed on TV. Censorship is no answer to such attacks. But while the media should not censor its coverage of such episodes, nor should it turn an incident of horror on the streets on Woolwich into a threat to the whole nation.

In contrast, the response of the public, especially those at the scene, was exemplary, even heroic. Passers-by tried to provide aid to the victim. One woman, Ingrid Loyau-Kennett, even confronted the machete wielding murderer. ‘We want to start a war in London tonight’, he told her. ‘It is only you versus many people. You are going to lose’, was her response. Far right groups, the EDL in particular, have attempted to exploit the incident with gross anti-Muslim rhetoric. There have been a couple of cases of attacks on mosques. But these, so far at least, have been isolated cases. The general response has been a refusal to be terrorized, or to give in to bigotry. In that measured public response lies the real hope.