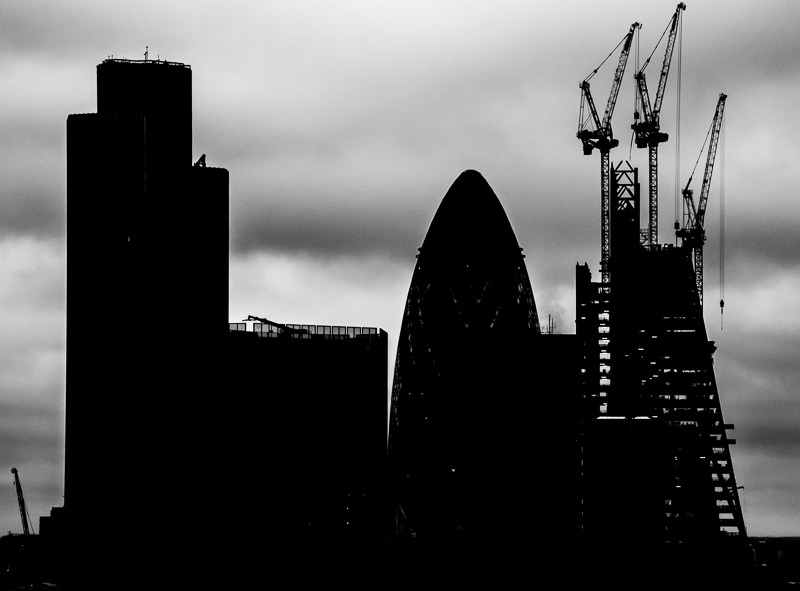 Not so long ago there was a beer commercial on British TV in which two pointy-headed aliens order a pint in a rural pub. ‘Up from London, are we?’, the barman asks politely.

If the rest of Britain often views London as a planet from outer space, Londoners often view other Britons as beings trapped in a previous century. ‘London seems no longer part of Britain — in my view, a dreary, narrow place full of fields, boarded-up shops and cities trying to imitate London — but has developed into a semi-independent city-state.’ So says Adam, a character in The Body, a novella by Hanif Kureishi — one of the sharpest contemporary observers of London life.

It is one of the ironies of capital cities that each acts as a symbol of its nation, and yet few are even remotely representative of it. London has always set itself apart from the rest of Britain — but political, economic and social trends are conspiring to drive that wedge deeper.

London has one of the most ethnically diverse populations in the world. It absorbs more than half of all immigrants to Britain. In the 2011 census, 80 percent of all Britons defined themselves as ‘white British’; barely half that number (45 percent) did so in London. There are more black and Asian people in just one London borough, Newham, than in the whole of Scotland.

Economically, too, London is startlingly different. The capital, unlike the country as a whole, has no budget deficit: London’s public spending matches the taxes paid in the city. The average Londoner contributes 70 percent more to Britain’s national income than people in the rest of the country. While Britain’s recession has been deep and unforgiving, in London it has been relatively shallow. Between 2007 and 2011, the city’s economy grew by nearly 12.5 percent — almost twice as fast as the rest of the country. London’s real estate is worth more than all the property of Wales, Scotland and Northern Ireland combined.

The distinctness of London has led many to clamor for the capital to pursue its own policies, especially on immigration. The British prime minister, David Cameron, is a Conservative. So is the mayor of London, Boris Johnson. But they have diametrically opposed views of immigration.

Driven by a perceived political need to adopt a hard-line stance, Mr. Cameron’s coalition government has imposed myriad new restrictions, the aim of which is to reduce net migration to Britain to below 100,000. Driven by the real economic needs of London, on the other hand, Mr. Johnson has campaigned for looser rules. Earlier this month he called for the creation of a special ‘London visa’ to allow talented tech experts and fashion designers from around the world to get jobs in the capital. It would be, he suggested, ‘a clear message to the elite of Silicon Valley or the fashionistas of Beijing that London is the place they should come to develop ideas, build new businesses and be part of an epicenter for global talent.’

The numbers being discussed are small — of the 1,000 visas the government currently sets aside for ‘exceptional talent’,  Mr. Johnson wants 100 reserved for London. In a city of more than eight million, that might seem insignificant. But the symbolism is deep. London, it suggests, is different, and therefore should abide by different rules.

The photo is mine. For more see Flickr and 500px.