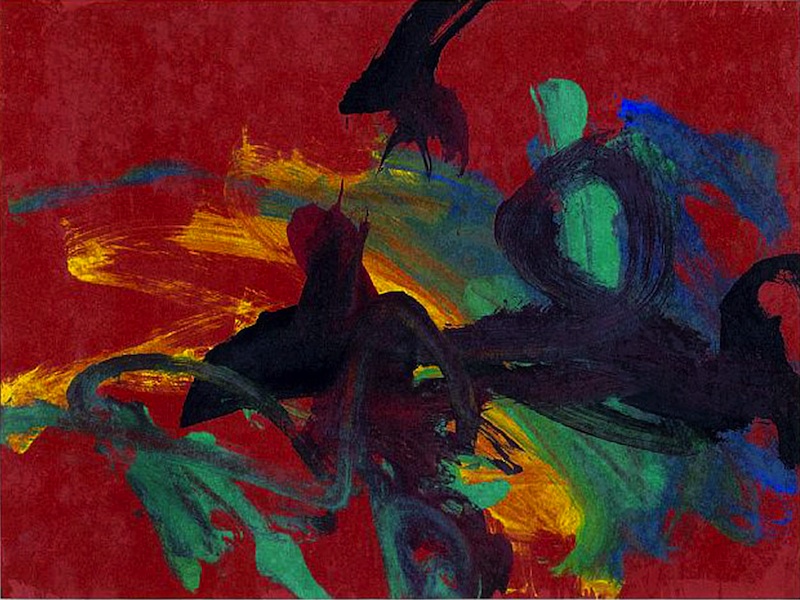 As a coda to my exchange of letters with Peter Singer on ape rights, here is an edited (and slightly extended) transcript of a talk I gave at ‘Do You Humans Own Culture?‘, a discussion on apes, humans and culture based around primatologist Andrew Whitten’s research, organized in 2002 by the Royal Society and the British Academy. The other participants were Andrew Whitten himself, Patrick Bateson and Caroline Humphrey. The key themes here of how we should conceive of the relationship between humans and other animals, and indeed of what it is to be human, mesh with the issues raised in my debate with Peter Singer.

Few of us would dispute that humans are evolved beings, with evolved brains and evolved minds.  Equally few of us would dispute that humans are in a sense distinct from other animals.  The real issue, then, is about how we understand the relationship between the continuity of the human world with the rest of the natural world and the distinctiveness of humans from other natural beings – and how culture fits into this relationship.  There are two keys issues, the answers to which necessarily shape our understanding of this problem. The first is the question of what constitutes culture; the second, the question of the relationship between humans and non-human animals.  Or, to put it another way, of how we should conceive what it is to be human.  The answers to the two questions are, as might be expected, closely connected.

It has long been known that different groups of chimpanzees have different cultural habits. More recent research has revealed the degree of behaviour plasticity among orangutans too, plasticity that gives rise to cultural differences between different groups, each possessing behaviours specific to that group, and each passing on such behaviours from one generation to another.

For many, the empirical discoveries about ape cultures are important not just because of what they tell us about the mental abilities of the Great Apes, but also because of what they tell us, or potentially tell us, about humans and human cultures. (‘Great Ape’, I know, is often seen as synonymous with the family Hominidae, which includes humans; here I’m using the term to refer to non-human members of Hominidae.) In particular, many see such studies as shining significant light upon the common evolutionary roots of human and Great Ape culture.  ‘Now we know that the roots of human culture go much deeper than previously thought’, suggests primatologist Michael Krützen. ‘Human culture is built on a solid foundation that is many millions of years old and is shared with the other great apes.’

In one sense, of course, this has to be true. The human propensity for culture must have evolved at some point in our evolutionary journey. If the Great Apes possess the same cultural propensities as humans do, then there are likely to be common evolutionary roots for those propensities. But do they possess the same cultural propensities? The comparative psychologist Michael Tomasello, co-director of the Max Planck Institute for Evolutionary Anthropology, has long argued that we should be wary of making glib comparisons human culture and Great Ape culture. Humans, he points out, have evolved unique forms of social co-operation and learning that have transformed the character of culture. A fundamental distinction between human and Great Ape culture is the existence of what Tomasello calls the ‘ratchet effect’ in human culture:

The cultural traditions of non-human primate species, including those of chimpanzees, do not seem to accumulate modifications over time with any kind of ratchet effect. Rather, they represent behavioural biases of different populations… generated by founder effects, individual learning, and product-oriented (rather than process-oriented) copying. Human cultural traditions can and do accumulate modifications over time, thus producing improbable design that survives over multiple generations. Our explanation of this phenomenon for many years has focused on the fact that human social learners focus to a much greater degree than other non-human primates on the actual actions performed by others (process copying), not just the results produced on the environment (product copying). But added to that we believe that uniquely human forms of cooperation make human social organization in many ways different as well, as things such as teaching and norms of conformity contribute to the cultural ratchet.

This debate rests to a degree, of course, on the empirical data. There is, however, a limit to what such data can tell us. Partly this is because much of that information will have been lost in the depths of evolutionary time. Our ability to reconstruct the story of how human culture developed is limited. And partly it is because the debate is not simply about the data. It is also about how we should interpret it. And how we interpret it depends upon how we understand culture and about how we conceive what it is to be human.

The cultural historian Raymond Williams once described culture as the most difficult word to define in the English language. Behind the complexities of the various meanings of culture, however, there are two broad ways of thinking about it pertinent for this debate. At the risk of over-simplification, one can call them the Enlightenment and the Romantic visions of culture. Enlightenment philosophes talked more of ‘civilisation’ than of culture and through that notion they tried to express three key ideas. First, they saw civilisation as a single phenomenon, an expression of human universalities, rather than of human differences.  Second they understood it as transformative, as an expression of human agency. Culture was as much about our emancipation from nature as of our embodiment in it. And third, it expressed their belief in progress – technological, moral and social.

The Romantic view of culture developed through the nineteenth century directly in response to such Enlightenment beliefs. Romantics saw not a single civilisation, but a plurality of cultures, each rooted in a particular people’s history and myth.  Culture, therefore, was an expression of differences, not of universals; and of a putative past, rather than of a potential future.  Anthropologists influenced by this tradition came to view culture as functional rather than as transformative, that is, as something essential for social integration and stability, and hence downplayed the role of agency in human life. As Franz Boas, perhaps the most influential of cultural anthropologists, put it,  ‘we cannot remodel, without serious emotional resistance, any of the fundamental lines of thought and action that are determined by early education, and which form the subconscious basis of all our activities.’  Learned ‘less by instruction than imitation’, cultural mores ‘constitute the whole series of well-established habits according to which the necessary actions of everyday life are transformed.’

The distinction I have drawn here between Enlightenment and Romantic views of culture, is, of course, both too sharp and too crude. (For longer, more nuanced discussions of these issues, see my books The Meaning of Race and Why Both Sides are Wrong in the Race Debate.) But while it may be crude, the distinction is also important. It expresses a divergence in the understanding not just of human culture but of human nature, too.

Over the past century the Romantic view of culture has come to dominate both academic anthropology, and our everyday notions of culture.  It also underlies the concept of culture that may primatologists have adopted. The primatologists’ view of culture as consisting of habits acquired from others, and as an expression of differences within a species, is a naturalised version of the Romantic idea.  It is a useful way of thinking about chimp behaviour, or orangutan behaviour – but not necessarily about human culture.

Humans do not simply acquire habits from others.  We also constantly innovate, transforming ourselves, individually and collectively, in the process – which is another way of expressing Tomasello’s ‘ratchet’ idea. There is a fundamental distinction between, say, a process by which certain chimpanzees have learnt to crack open palm-nuts using two stones as ‘hammer’ and ‘anvil’, and a process through which humans have created the industrial revolution, unravelled the secrets of their own genome, developed the concept of universal rights – and come to debate the character of human culture. For humans, as Enlightenment philosphes understood, culture is as much about historical progress as it is about the delineation of differences of habit.

To accept that studies of Great Ape culture can illuminate human culture in any fundamental way, we already have to accept a particular (highly contested) notion of what culture is, and what it is to be human. Or, to put it another way, chimpanzee and orangutan studies can illuminate human culture, if, and only if, we have already accepted that chimp or orangutan culture and human culture are not that different – in other words, if we have already accepted that which we set out to prove in the first place. 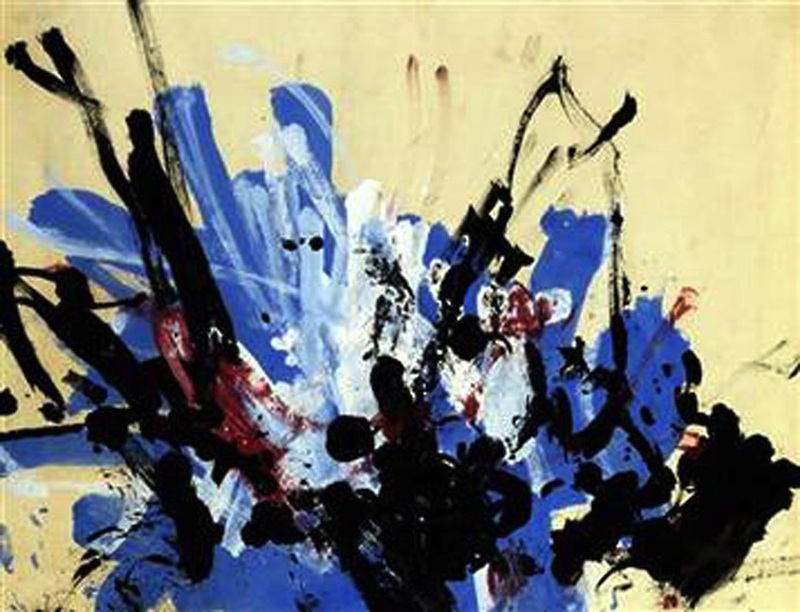 The conventional view of the relationship between Great Ape culture and of human culture is to see the one as an advanced version of the other, but created with essentially the same building blocks. Perhaps a better way to view that relationship is not as primitive and advanced stages of the same phenomenon but as two distinct phenomena. Even if there is a single evolutionary ladder that reaches up from the very simplest of cultural forms to the complex phenomenon we call human culture, it is likely that at some step on that ladder a quantitative step created a qualitatively different phenomenon. If that is so, then the amount of light that studies of ape culture can throw upon the nature of human culture would be strictly limited.

In the six million years since the human and chimpanzee lines first diverged, chimpanzees have evolved, but, in comparative terms, their behaviour and lifestyles have barely changed. Human behaviour and lifestyles have clearly transformed out of all recognition.  Humans have learnt to learn from previous generations, to improve upon their work, and to establish a momentum to human life and culture that has taken us from cave art to quantum physics and the conquest of space.  It is this capacity for constant innovation that distinguishes humans from all other animals. All animals have an evolutionary past.  Only humans make history. And in that context, and that context alone, can we understand what is distinctive about human culture.

The images are all paintings by the chimpanzee Congo which were auctioned in 2005 at Bonham’s.