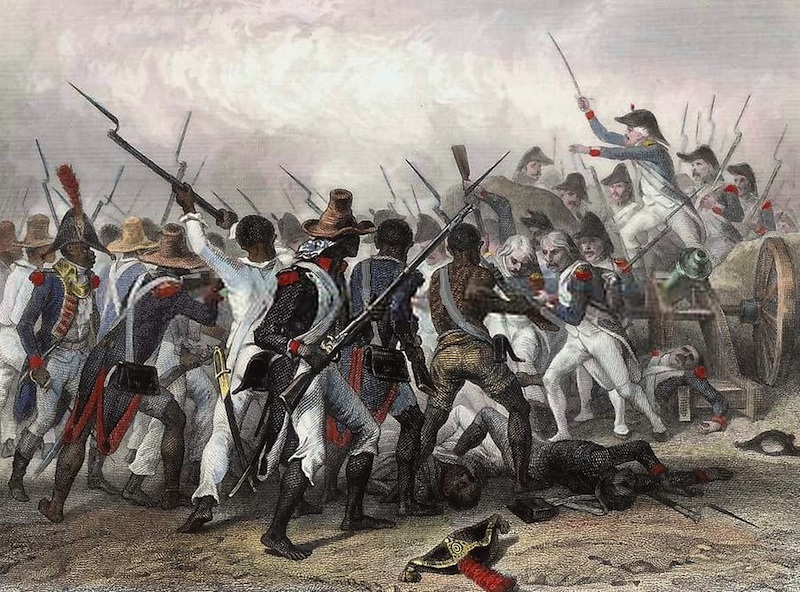 On the first of January,1804, Haiti became the second independent nation in the Americas. The Haitian Declaration of Independence was the triumphant culmination of the only successful slave revolution in history. The content of Haiti’s Declaration became well-known thanks to transcriptions and later printings, yet all copies of the official government-issued document disappeared from view in the decades following the revolution. Unlike the Declaration of Independence of the United States of America, which has a deep history of symbolic significance as a material object (just ask Nicholas Cage), the physical text of Haiti’s Declaration fell into obscurity. By the late nineteenth century, no official copy could be found of the document that introduced Haiti on the world stage and announced a citizenry united as one people: Haytians.

In 1903, on the eve of Haiti’s centennial, the Haitian newspaper Le Soir issued calls to the government and to Haitian citizens to help find the original Haitian Declaration of Independence, ‘the baptismal certificate of the Haitian people’. According to the editor of the journal, Justin Lhérisson, the Declaration of Independence was an essential focus for the celebrations and it had to be found as a re-affirmation of 1804’s importance.

Surprisingly, these early efforts to rediscover the Declaration failed.‘The Haitian Declaration of Independence’, Le Soir reported on January 28, 1903, ‘by a culpable negligence, cannot be found in the Archives of the Republic.’

So begins historian Julia Gaffield’s remarkable account of how Haiti’s Declaration of Independence was lost – and how she rediscovered it Britain’s national archives in Kew:

It was not long before I found a packet of printed Haitian documents that Governor Nugent had sent to the British ministers in London on March 10, 1804. ‘I beg leave to transmit to your Lordship’, Nugent wrote to the Secretary of State for War and the Colonies, ‘every paper in my possession, which can tend to throw a light upon the subject’.

This packet included a number of new and exciting documents that, if ever studied, had never been used before in published research, such as the only known version of a song titled Hymne Haitiene, composed and sung in January 1804.

It is worth reading the whole of Gaffield’s paper. It is a great tale of historical detection and archival triumph. It is also far more than that. The story of the lost Declaration of Independence is a metaphor for the story of the Haitian revolution itself, a revolution that has become lost in the rewritten archives of historical memory. Almost everyone knows of the revolutions of the 1776 and 1789, the American and the French. The third great revolution of the eighteenth century  – the Haitian Revolution of 1791 – is one that barely anyone remembers these days. Yet it is a revolution that shaped history almost as much as those of 1776 and 1789.

The Haitian Revolution was the first successful slave revolt in history. But more than that, it was the first time that the emancipatory logic of the Declaration of the Rights of Man, proclaimed in 1789 at the start of the French Revolution, was seen through to its revolutionary conclusion:

Slaves had always resisted their enslavement. What transformed that resistance into something far more historic was another revolution 5000 miles away. The French Revolution of 1789 provided both the material and the moral grounds for the Haitian Revolution. It upset the delicate balance between the classes that had held colonial society together. And in the Declaration of the Rights of Man, it provided the intellectual argument for revolutionary change in Haiti.

The insurrectionists found a leader in Toussaint L’Ouverture, a self-educated former slave, deeply read, highly politicized and possessed of a genius in military tactics and strategy. His greatest gift, perhaps, was his ability to see that while Europe was responsible for the enslavement of blacks, nevertheless within European culture lay the political and moral ideas with which to challenge that enslavement. The French bourgeoisie might have tried to deny the mass of humanity the ideals embodied in the Declaration of the Rights of Man. But L’Ouverture recognized in those ideals a weapon more powerful than any sword or musket or cannon.

There was, the historian Robin Blackburn observes, ‘a universalistic emancipatory element in the French Revolution, but those who issued the Declaration of the Rights of Man were by no means always aware of it, or willing to follow through its logic.’ For the emancipatory logic to be fulfilled, ‘there was needed the independent action of formerly excluded, oppressed and exploited social layers – radicalized sans culottes and slave rebels who understood that there could be no peace with slavery or slaveholders.’

The images are of an 1845 French engraving of the Battle of Vertières during the Haitian Revolution and a painting of the Revolution’s leader, Toussaint L’Ouverture. The artists in both cases are unknown.