Continuing to plunder the archives while I am away, this is the third in my series of old book reviews on the theme of race, identity and difference. It is a review of Paul Gilroy’s Between Camps and Yasmin Alibhai Brown’s Who Do We Think We Are?, first published in the Independent on Sunday, 11 June 2000.

Review of Paul Gilroy,
Between Camps: Nations, Culture and the Allure of Race
(Allen Lane, 2000)
and Yasmin Alibhai Brown,
Who Do We Think We Are? Imagining the New Britain
(Allen Lane 2000)

Contemporary Western societies have a peculiar relationship to ideas of race and difference. On the one hand, most people are hostile to assertions of biological inferiority and superiority, and to the practice of racial discrimination. On the other, we celebrate cultural differences, treat people differently according to their cultural backgrounds, and tend to view such differential treatment as a means of establishing a more just society. In their new books, Paul Gilroy and Yasmin Alibhai Brown both attempt in very different ways to negotiate this fraught relationship between race, difference and social justice.

Paul Gilroy’s Between Camps is a plea to transcend the language of race – ‘raciology’ as Gilroy dubs it – altogether. We live our lives, Gilroy suggests, entrenched in camps – racial, national, cultural, religious. Such entrenchment, he argues, is deeply damaging, both politically and psychologically. In its stead, Gilroy makes a pitch for a humanist approach – for a much more open-ended idea of what it means to be human. This is not the woolly liberal idea of ‘only one race, the human race’. Gilroy repudiates liberal humanism because of its deep involvement in a racial thinking. Rather he looks to the kind of humanism promoted by leading twentieth century black thinkers such as Frantz Fanon and Aimé Cesaire which, in Fanon’s words, seeks to ‘start a new history of Man’. Gilroy calls this ‘planetary’ (as opposed to European) humanism.

Between Camps is written in that dense, almost impenetrable language that passes for sociology these days. It is worth persevering with it, however, because within that thicket of jargon are nuggets of important ideas. To present a case for planetary humanism, Gilroy provides a rich analysis of the historical relationship between colonialism and fascism, and draws parallels between earlier forms of racial thinking and contemporary black thought. It is here, in discussing the changing forms of black cultures, and the negative impact of raciology upon black politics, that Gilroy is at his best. The black public sphere, he fears, has degenerated, as have ideas of ‘freedom’ within black vernacular culture. What Gilroy calls the ‘biopolitics’ of contemporary black culture is, he observes, obsessed with the body and its purely physical attributes. Such biopolitics ‘terminates any conception of the mind/body dualism and ends the modernist aspiration towards racial uplift’ that once was at the heart of black cultures. In so doing it has ‘fortified the boundaries of racial particularity’.

Gilroy suggests that the idea of the diaspora provides one way out of life in entrenched camps. The diaspora, he writes, ‘disrupts the fundamental power of territory to determine identity by breaking the simple sequence of explanatory links between place, location and consciousness’. This seems to me to be fundamentally wrong. For all the problems thrown up by nationalism, a national identity is, at least in part, also a political identity: a product of the relationship between citizen and state. A diasporic identity, however, is rooted entirely in history and collective memory. The only thing that links members of the black or the Jewish or the German diaspora is a common descent and hence a supposed shared history. Diasporas lean heavily on Romantic notions of the volk for their coherence. It is a concept that is at least as dangerous as that of race and far more problematic that that of the nation.

Perhaps the least satisfactory part of Gilroy’s argument is his discussion of ‘planetary humanism’. The problem of promoting a humanist agenda today is that we live in deeply antihumanist times. In the eyes of many, the ‘arrogance’ of humanism is responsible for most of the ills of the world, from third world poverty to environmental depredation. And where once antihumanism was the province of reactionaries, today it is at the heart of supposedly ‘progressive’ movements – antiracism, anticapitalism, environmentalism. Disillusionment with liberal humanism has led many to give up on the project of humanism entirely. Humanism, Jean-Paul Sartre wrote in a famous preface to Frantz Fanon’s book The Wretched of the Earth, ‘is nothing but an ideology of lies, a perfect justification for pillage; its honeyed words, its affectations of sensibility were only alibis for our aggression.’ Any attempt to pursue a humanist project needs to engage with such claims, and to counter the pervasive influence of contemporary antihumanism. Gilroy barely touches upon this, possibly because he sympathises with the arguments. The consequence is to leave his ‘planetary humanism’ feeling as vague as the woolly liberal variety he so despises. 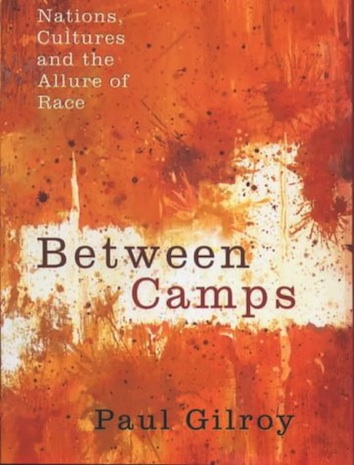 Like Gilroy, Yasmin Alibhai Brown is skeptical about liberal antiracism but both her skepticism and her solutions are different in character to those of Gilroy. Who Do We Think We Are? is an attempt to use race as a way of understanding the contemporary state of Britain. There is, she argues, a gap between the Britain that most people imagine it to be and what it really is. For all New Labour’s talk about rebranding Britain as a multicultural nation, it remains a deeply racist one. To make her case, Alibhai Brown provides both a potted history of British racism, and a survey of contemporary black experience.

While I have much sympathy with Alibhai Brown’s argument, there is a danger of seeing everything through racial eyes. To illustrate the failure of multiculturalism, for instance, she complains that while curry is the nation’s favourite dish, Indian cuisine is still seen as inferior to that of France and Italy. But why is this racist? I too think that French and Italian cuisine is superior – not just to Indian, but also to Spanish, German and British food. We should not confuse making cultural preferences, or establishing a system of cultural values, with the imposition of a racial hierarchy.

Again, Alibhai Brown feels ‘betrayed’ that, in the wake of the furore over The Satanic Verses, Salman Rushdie ‘left us, his people, and surrendered himself to the easy adorable charms of Hampstead.’ But in what way are practising Muslims, rather than Hampstead liberals, Rushdie’s people? Is this not to give into ‘the politics of purified identity’ which Alibhai Brown elsewhere rightly condemns?

Equally troubling is Alibhai Brown’s vision of a non-racist Britain as a more tribal one. She welcomes the fact that ‘in this fragmented society we are all ethnic tribes now’. The English, too, she suggests, who are ‘beset by a state of inner uncertainty’, should be encouraged to see themselves as a distinct ethnic group. But how will the invention of a new parochial identity help combat racism? I cannot see how creating new divisions will heal old ones.

Most disturbing of all is her view of Englishness as a colour-coded identity. Black and Asians can become British (the ‘New Britons’ she calls them), but not apparently English, Scottish, Welsh or Irish, because these latter identities are defined by ‘ancestral connections’ from which black people are excluded. This idea of Englishness as a white identity is sailing into very dangerous waters indeed. As Paul Gilroy puts it in Between Camps (in a riposte to the American philosopher Richard Rorty), ‘The pious counterposition of good or unavoidable ethnocentrism against regrettable but exceptional racism is an empty charade favoured by those who evade and mystify the moral and political responsibilities that fall to critical commentators in this most difficult of areas.’

Between Camps and Who Do We Think We Are? both reveal the difficulties to thinking about difference in a racialised world. Paul Gilroy’s call for a ‘planetary humanism’ has never seemed so apposite.