The US and Canadian edition of The Quest for a Moral Compass is now out. I am in New York and Toronto to talk about it. While I am away, I am publishing on Pandaemonium short extracts from the book. This first two snippets were on Aeschylus’ Oresteia and the philosophy of Mo Tzu. This third extract is from Chapter 8, and looks at the battle between the Rationalists and the Traditionalists in early Islamic philosophy.

The translation into Arabic of Aristotle, Plato and other Greek philosophers helped created a fissure that was to run throughout Islamic intellectual history. On the one side stood the Rationalists, dedicated to the ideal of falsafah, by which they meant not simply the discipline of philosophy, but also a way of living rationally in accordance to the laws of the cosmos. The faylasufs saw learning as an ethical duty. They took from the Greeks not just their spirit of rational inquiry but also their faith in the almost boundless power of the human intellect. Most were deeply pious, and accepted the Qur’an as the word of God. But they challenged the idea that religious truths could be accessed only through divine revelation, insisting that reason alone would suffice. Most faylasufs insisted, too, that all theological arguments must adhere to the principles of rational thought. Even the interpretation of the Qur’an and the Sunna were, in Rationalist eyes, subordinate to human reason.

On the other side of the divide were the Traditionalists, for whom human reason was as weak and corrupt as human beings themselves, and for whom Revelation and Scripture was the only sure path to truth. The theology of the Traditionalists was different to that of Augustine, but their views of human nature and of God’s power bore striking similarities. Traditionalists were often forced to engage with rationalists on philosophical ground, and appropriated many arguments from the Ancient philosophers. Perhaps the greatest of all Traditionalist philosophers, Abu Hamid Muhammad ibn Ghazzali, or Al-Ghazzali, used the method of falsafah to attack its content, attempting to show rationally the incoherence of the Rationalist arguments. But more often than not, Traditionalists dissociated themselves completely from falsafah on the grounds that it was either impious or foreign, or both. ‘Rationalist’ and ‘Traditionalist’ are, of course, loaded terms, and not necessarily how the two sides in the debate would have understood themselves or their opponents. Nevertheless, used carefully, they help illuminate a crucial debate that took place in the early centuries of Islamic philosophy.

The earliest of the Rationalist movements was the Mu’tazilite. Founded by the theologian and jurist Wasil ibn Ata (c 700-748), it flourished mainly in Baghdad and Basra, but its influence was far-reaching. At its heart was a revolutionary defence both of human reason and of the rationality of God’s ways. Since God was entirely rational, so His laws could be substantiated intellectually without necessarily either leaning upon or repudiating the authority of Scripture.

The early insights of the Mu’tazilah were continually developed in the Rationalist tradition through a line of philosophers beginning with al-Kindi, continuing with Al-Farabi (c 872-951), often regarded as the founder of the falsafah school and known as the ‘Second Master’ (second, that is, after Aristotle), and culminating in the work of the two most important Muslim philosophers, Ibn Sina and Ibn Rushd, known respectively in the West as Avicenna and Averroes. This tradition of Muslim Rationalism is these days barely remembered in the West. Yet its importance and influence, not least on so-called ‘Judeo-Christian’ tradition, is difficult to overstate.

Ibn Sina wrote more than 400 works, probably the most important and influential of which was Kitab al-Shifa, or Book of Healing. A philosophical encyclopaedia, it is divided into four parts that deal with logic, physics, mathematics and metaphysics. Ibn Sina summarizes here the rational argument about God and faith, making a case not just for the existence of God but also for Islamic social and ethical practices. He does so, however, with barely a mention of the Qur’an. Rather he stands his argument unaided upon reason. 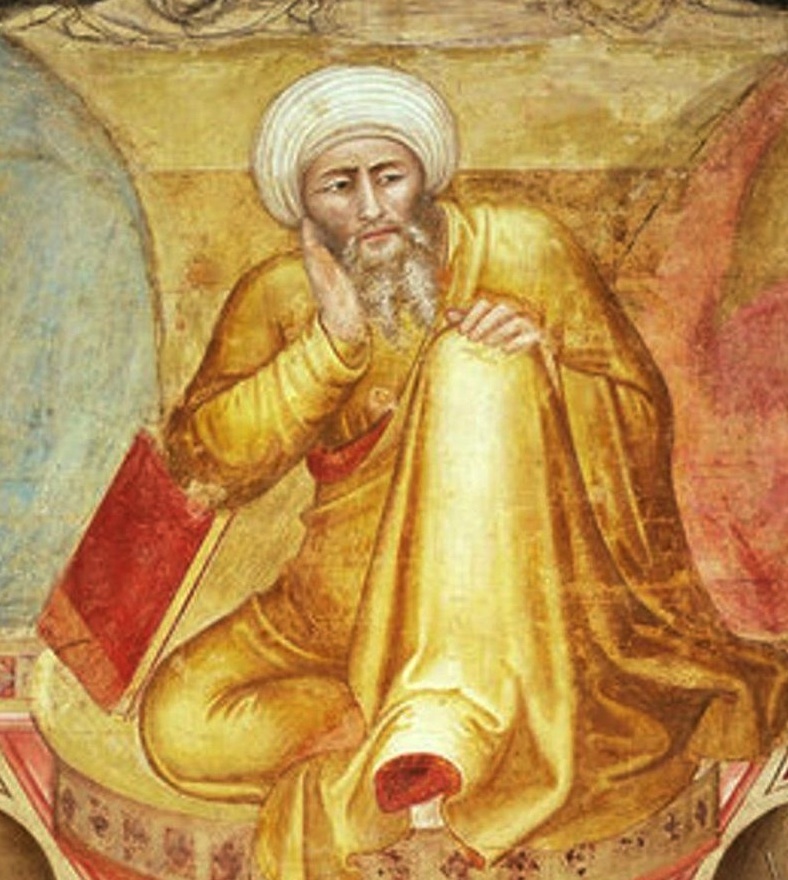 Abu l-Walid Muhammad bin Ahmad bin Rushd, or Ibn Rushd, (1126-1196), was the greatest Muslim interpreter of Aristotle and the Muslim philosopher with the greatest influence upon the non-Muslim world. He was born in Cordoba into a family of distinguished scholars and jurists. Working at a time when the Rationalists were already on the defensive in the Muslim world, Ibn Rushd came to wield far more influence within Judaism and Christianity than within Islam. It was through Ibn Rushd that West European philosophers rediscovered their Aristotle, and his commentaries shaped the thinking of a galaxy of thinkers from Moses Maimonides to Thomas Aquinas. In The Divine Comedy Dante places him with the great pagan philosophers whose spirits dwell not in Hell but in Limbo ‘the place that favor owes to fame’. Raphael depicts him with Aristotle, Plato and Socrates in his painting The School of Athens.

The starting point for most of the Rationalists was God’s truth as revealed to Muhammad. But the stress they placed upon reason raised questions about the very nature of, and indeed need for, Revelation. A coherent account of the universe, the Rationalists insisted, required a God, an Unmoved Mover that was the cause of all matter and motion but was itself uncaused, a being that by definition had to be outside of space and time for He was the cause of space and time. It was a God modelled partly on Aristotle’s Unmoved Mover. Behind every change in the universe, Aristotle had insisted, must lie a chain of causes. But that chain cannot extend for ever. The first link in the chain, as it were, was the Unmoved Mover. It was a God modelled also on Plotinus’ concept of the One that transcends thought and being altogether.

The Rationalist God was an all-powerful, all-knowing, completely good being, wholly simple in the sense that He possessed no parts, no body, no physical existence. He was immutable, unchangeable, necessary, a God not unlike the Allah imagined by most Muslims. But the implications the Rationalists drew from the nature of God were distinct and revolutionary.

Reason led Rationalists to see the necessity for God. But reason also led them to insist that it was impossible rationally to define God, and to deny that God could intervene in the mundane aspects of human affairs. A simple being, outside of time and space, and without physical or metal attributes, could not act upon space and time. God, Ibn Sina suggested, is far too exalted to partake in the humdrum reality of human life. He is the condition of being of the cosmos, and He apprehends everything that has emanated from Him and that he has brought into being. But He knows the human world only in general and universal terms. God did not deal in particulars. Nor can humans cannot talk positively of God. They can only define what God is not – He is not human, He is not material, He does not consist of parts – not describe what He is. 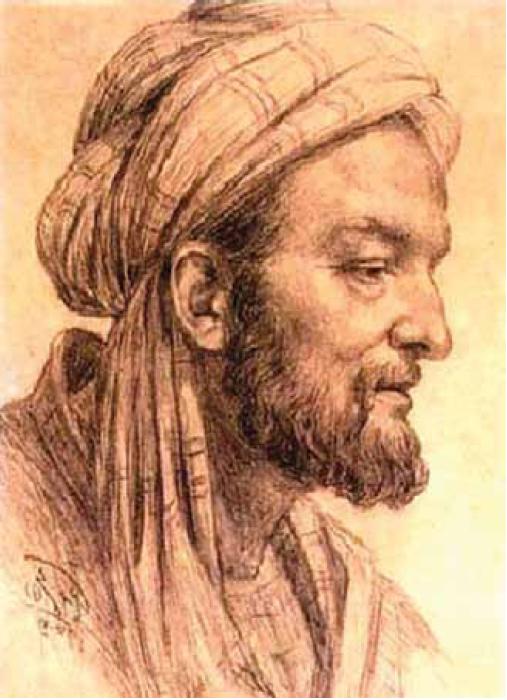 Both the idea of a simple God, and that of the via negativa – the insistence that it was not possible to speak positively of God – became highly influential, not just in Islam, but in Judaism and Christianity too. Muslim Traditionalists were, however, aghast. They accepted the simplicity, purity and unity of God. But they could not imagine Allah as possessing no attributes or as being unable to intervene in human life. The Qur’an describes a God that walks, talks, wills and judges, a God that possesses bodily parts and sits upon a throne. How could a being outside of time and space, completely unified and possessing no parts also have a face, a body, sit on a throne and be wise and judicious? The Traditionalists’ answer was to shrug their shoulders. ‘Bila kayfa’, they said – ‘Don’t ask how’.

For the Rationalists such an answer was incoherent and unacceptable. In making God so transcendent, pure and good that He could only be spoken of in the negative, and in insisting that God was reason itself, the Rationalists paradoxically both diminished the status of God and exalted that of humans. Human reason had to be powerful enough to divine God’s message and human will had to be strong enough to act upon it. Divine justice had, for the Rationalists, to be as pure as God Himself. God could do no evil. The Traditionalists accepted that God alone defined good and evil. That which God had decided to be good or evil may sometimes seem arbitrary or unjust but it is not for humans to question. Bila kayfa. The Rationalists, on the other hand, insisted that God could not do that which was contrary to reason or act with disregard for the welfare of His creatures. No omnipotent deity could act in violation of the precepts of justice and righteousness by, say, torturing the innocent, or demanding the impossible, simply because He was God. Good and evil were not arbitrary demands but rational categories that could be established through unaided reason.

This debate returns us to the dilemma that Plato raised in Euthyphro. Either goodness is divinely defined but arbitrary, or it is rational but exists independently of the gods. The Traditionalists were happy to accept the seeming arbitrariness of God’s commands so long as believers unquestioningly accepted those commands as divine law. The Rationalists could not accept the idea of God making irrational moral demands. But this was to question the very belief that God defined goodness and badness. Or, to put it another way the idea of a rational morality and that of a rational God came to pull Rationalists in two different directions.