‘The modern city’, Alexander Rodchenko wrote, ‘has changed the psychology of the traditional perception to a great extent. It seems as if only a camera is able to illustrate modern life.’

There are few artists who have had a greater impact on modern photography than Rodchenko. Yet these days, at least in public consciousness, his name barely elicits a flicker of recognition.

Born in St Petersburg in1891, Rodchenko was one of the founders of Constructivism and a key figure of the modernist avant garde, whose work helped redefine three visual genres – painting, photography and graphic design. But most of all he came to see himself as a revolutionary propagandist, for whom art had to match the spirit of revolutionary Russia.

The Russian Revolution was both his inspiration and his tragedy. In the 1920s, Rodchenko abandoned painting, and the painterly aesthetic, turning instead to a range of new media, focusing on the more tangible and material aspects of art, from sculpture to photography to graphic design, to help promote the new Soviet state, designing everything from advertisements to furniture to book covers.

Photography, in particular, Rodchenko saw as a transformative medium. ‘In order to educate man to a new vision’, he wrote, ‘everyday familiar objects must be shown to him with totally unexpected perspectives and in unexpected situations. New objects should be depicted from different sides in order to provide a complete impression of the object.’ What photography allowed was ‘Contradictions of perspective. Contrasts of light. Contrasts of form. Points of view impossible to achieve in drawing and painting. Foreshortenings with a strong distortion of the objects, with a crude handling of matter. Moments altogether new, never seen before… Compositions whose boldness outstrips the imagination of painters.’ The result was a series of extraordinary works that, almost a hundred years on, still look startling, even though many of techniques have become standard and even clichéd.

But the revolution that Rodchenko sought to serve diavowed his revolutionary spirit and trampled all over his modernist aesthetic. Stalin disdained his modernism and denounced his ‘bourgeois formalism’; Rodchenko’s work was accused of ‘having no ideological content’. Rodchenko was forbidden from photographing independently and allowed only to cover military parades and sporting events. He was even forced to ‘confess’ his artistic crimes, telling the magazine Soviet Photo in 1935 that ‘I want to decisively reject putting formal solutions to a theme in the first place and ideological ones in second place’ and ‘to create works that will stand on a high political and artistic level, works in which the photographic language will fully serve Socialist Realism’. One can only shudder.

In 1930, Rodchenko’s close friend and collaborator, the poet Vladimir Mayakovsky, committed suicide, so disillusioned had he become by the new Soviet Union. ‘What is happening?’ Rodchenko asked plaintively in his diary. He eventually gave up photography. But, to the end of his days, he could never bring himself to denounce the Soviet Union or to turn his back on it.

So, for no other reason, apart from the fact that I was leafing through some early modernist photography recently, and was awestruck by the power and spirit of his work, here is Rodchenko’s unexpected perspective from before that perspective was crushed by  Stalin’s philistinism and terror. 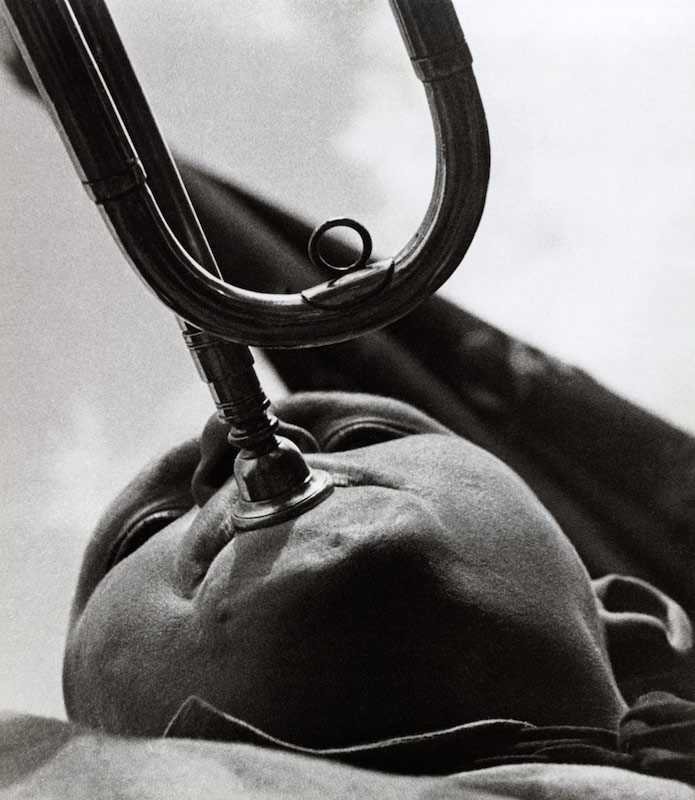 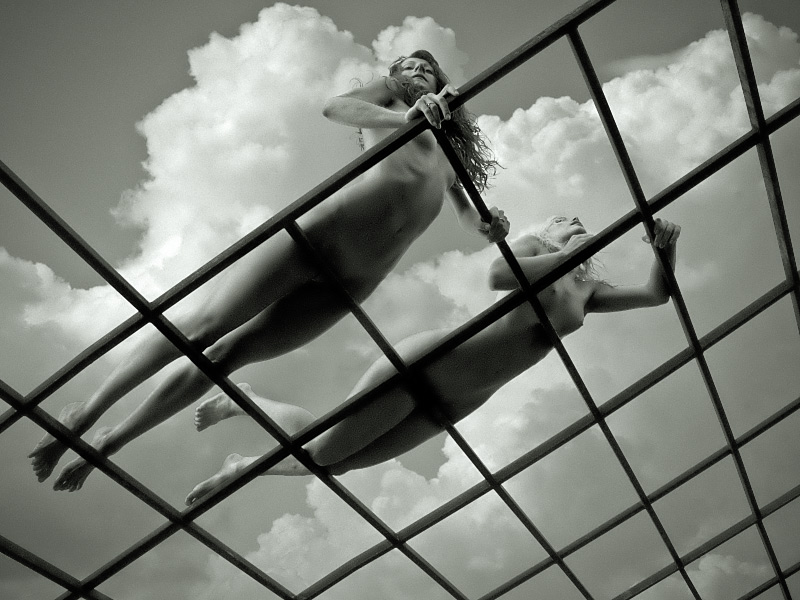 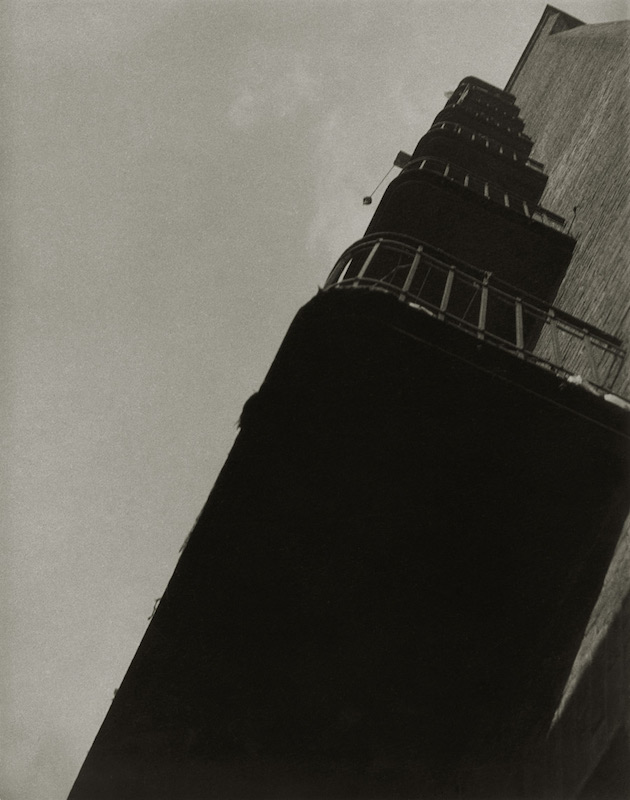 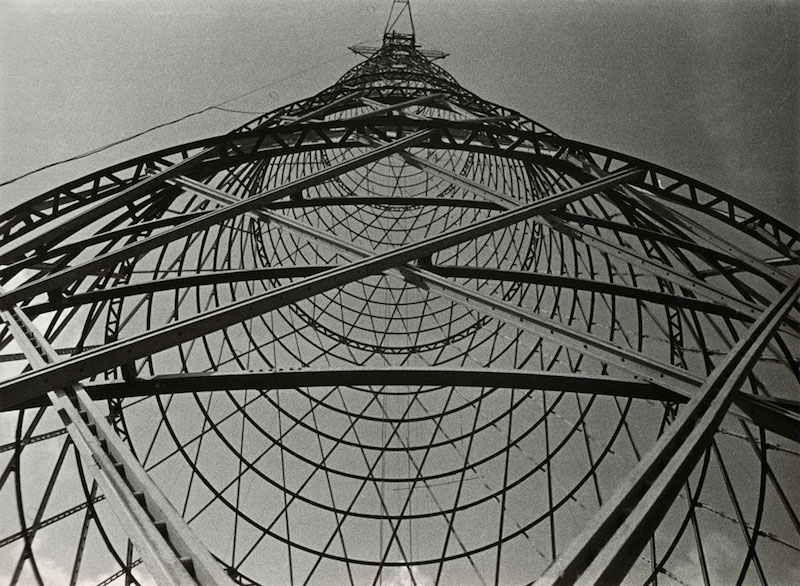 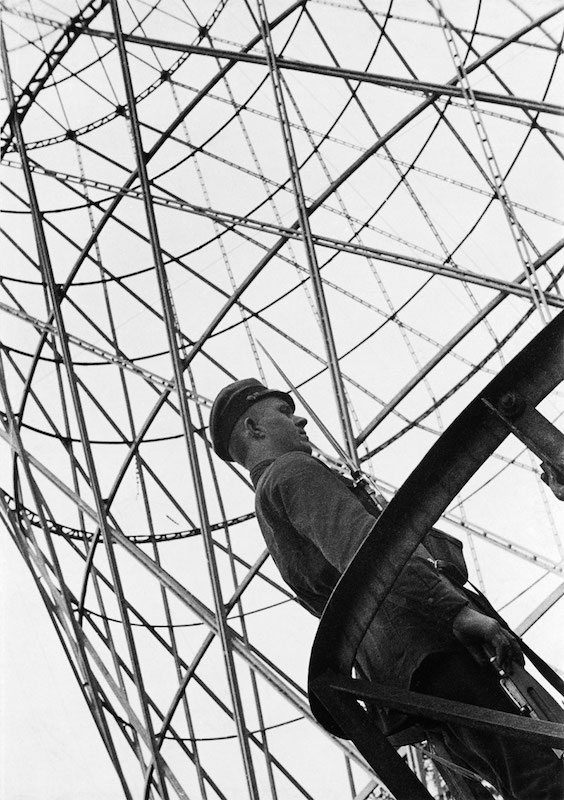 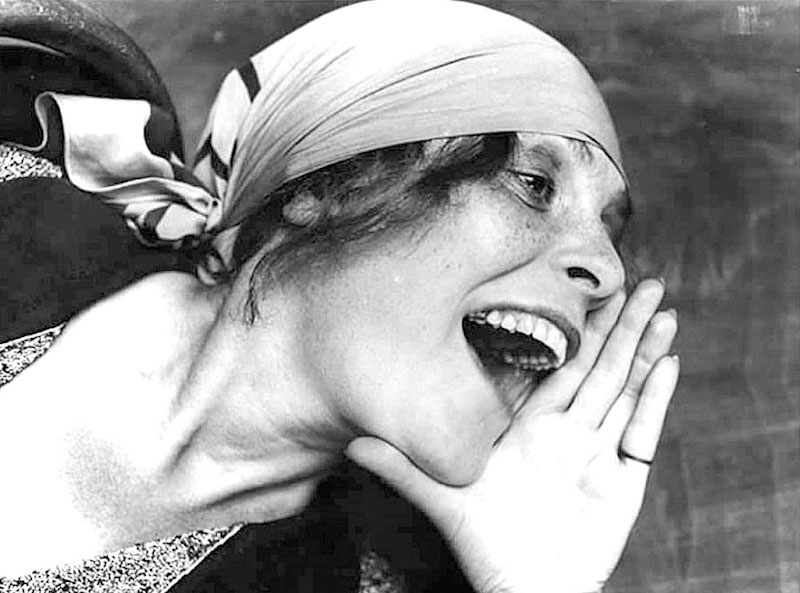 The photos are, from top down, Girl with a Leica, Levels, Radio Listeners, Trumpeting Pioneer, Pioneer, Shooting Angle, Balconies, Sukhov Tower, Guard at the Sukhov Tower, Fire Escape, Portrait of the Artist’s Mother and Lily Brik.