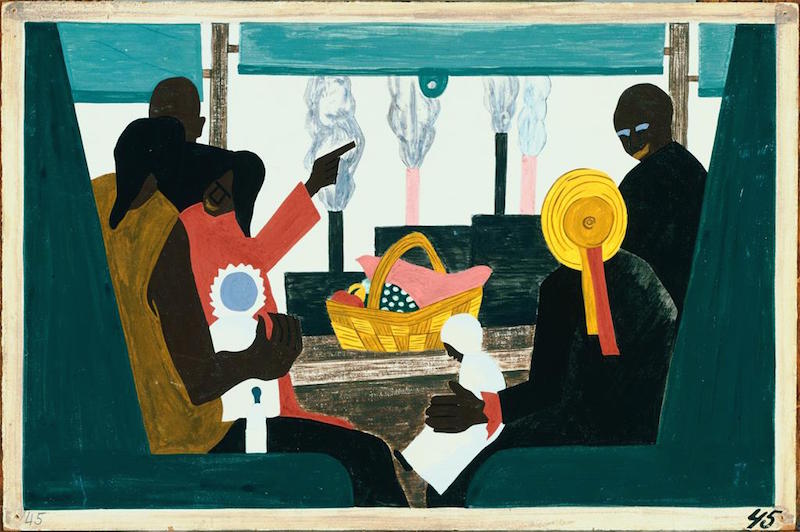 I have been running a series of posts about Jacob Lawrence and his depiction of the Great Migration. Lawrence was one of America’s most important twentieth century painters, and the Great Migration, the exodus of African Americans from the Southern states to the Northern cities from 1915 onwards, one of the pivotal events of American history.  Lawrence portrayal of that exodus, an epic work of 60 panels, is his most famous work, a work as much of historical memory as of art, and one that helped transform both his reputation and the place of the Great Migration in American consciousness.

The Great Migration transformed not just America’s demography but its political and cultural consciousness too, from the reconfiguration of blues and jazz to the remaking of American literature, through the works of Langston Hughes, Zora Neale Hurston, Nella Larsen, Jean Toomer, Richard Wright, Ralph Ellison, and countless others. Central to all this was the Harlem Renaissance, the literary, artistic, and intellectual movement of the 1920s and 30s that helped kindle a new black cultural identity.  As Lawrence’s mentor Alan Locke, the critic and writer, and a key figure of the Harlem Renaissance, said of the Great Migration,

With each successive wave of it, the movement of the Negro migrant becomes more and more like that of the European waves at their crests, a mass movement towards the larger and more democratic chance – in the Negro’s case a deliberate flight not only from countryside to city, but from mediaeval America to modern.

Born in 1917 in Atlantic City, New Jersey, Lawrence lived in Harlem from the age of 23, attended the Harlem Art Workshop, and was deeply shaped by these changes. Lawrence’s significance was in taking the forms of European modernism – he called his style ‘dynamic cubism’ – and reshaping them to speak to the experiences both of America as a nation and of African Americans specifically. In so doing he turned the Great Migration into a means of exploring a more universal tale, portraying not only a physical journey, but a spiritual one, too, capturing the sense of the fear, anger, despair and hope that travel with all migrants.

This year marks the centenary of the beginning of the Great Migration. To celebrate that anniversary The Museum of Modern Art in New York is organizing an exhibition bringing together all 60 panels of Lawrence’s work. (The panels have for the past 70 years been divided between MoMA and the Phillips Collection in Washington, with, bizarrely perhaps, MoMA holding the even-numbered paintings and Phillips the odd-numbered paintings ones.) I am publishing on Pandaemonium the complete set of panels from Lawrence’s series. In the first post, I wrote about the Great Migration and of Lawrence’s depiction of it, and published Panels 1-10. In later posts, I published panels 11-20, 21-30, and 31-40. Here are panels 41-50, together with Lawrence’s captions that are as simple and as bare as the paintings themselves, and an essential part of the work.

41
The South was interested in keeping cheap labor
and made it very difficult for labor agents
recruiting Southern labor for Northern firms.
In many instances, they were put in jail
and were forced to operate incognito. 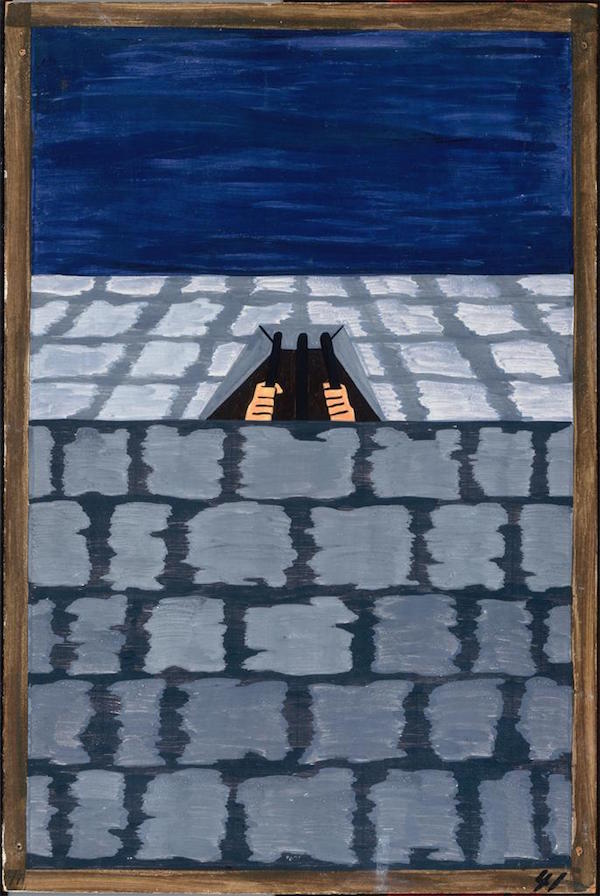 42
They also made it very difficult for migrants leaving
the South. They often went to railroad stations
and arrested the Negroes wholesale,
which in turn made them miss their trains.

43
In a few sections of the South
the leaders of both groups met and attempted
to make conditions better for the Negro
so that he would remain in the South.

44
Living conditions were better in the North.

45
They arrived in Pittsburgh, one of the great
industrial centers of the North, in large numbers.

46
Industries attempted to board their labor in quarters
that were oftentimes very unhealthy.
Labor camps were numerous.

47
There were better conditions in the North,
but the migrants also found very poor housing.
They were forced into overcrowded
and dilapidated tenement houses.

48
Housing for the Negroes was a very difficult problem. 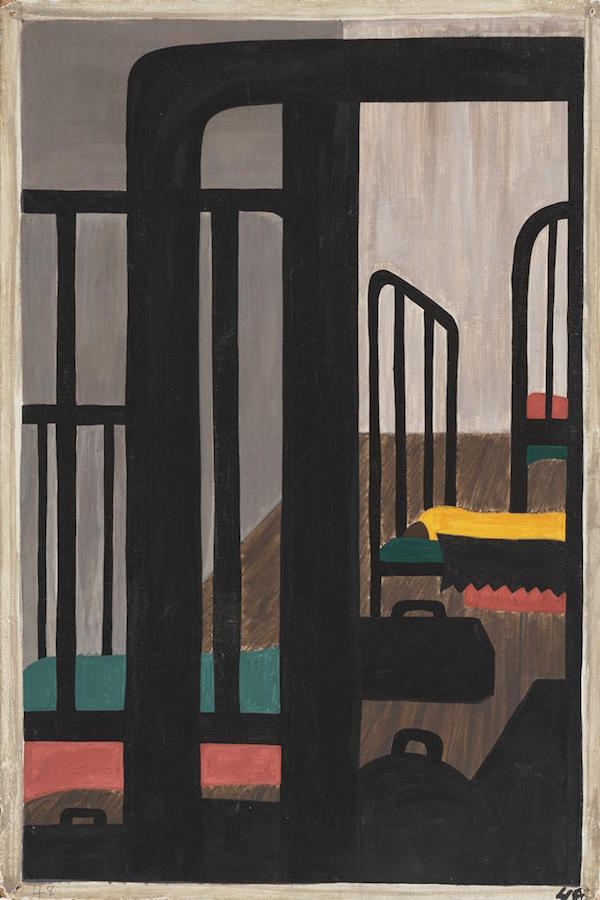 49
They also found discrimination in the North
although it was much different from that
which they had known in the South.

50
Race riots were very numerous all over the North
because of the antagonism that was caused
between the Negro and white workers.
Many of these riots occurred because
the Negro was used as a strike breaker
in many of the Northern industries.