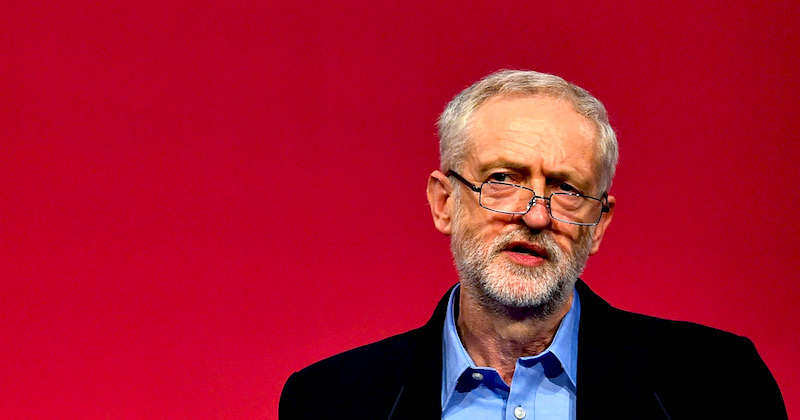 I will be writing a regular column for Aljazeera English. My first column is about Jeremy Corbyn and the Labour Party.

Guardian journalist Seamus Milne hailed it as ‘a political eruption of historic proportions’. The Prime Minister David Cameron claimed it represented a threat to Britain’s national security. Whatever else it may achieve, Jeremy Corbyn’s success in gaining the leadership of the Labour Party, has certainly unleashed the surreal in British politics.

To understand more soberly what the leftwing maverick’s overwhelming victory, and the humiliation of Labour’s mainstream candidates, might mean, we need to answer first how Corbyn achieved his success. The key to that success has been the manner in which the postwar political system built around the divide between social democratic and conservative parties is now being dismantled. It is a process that can be seen not just in Britain, but throughout Europe.

The broad ideological divides that characterized politics for much of the past two hundred years have, over the past few decades, been largely erased. Politics has been reduced to a question more of technocratic management rather than of social transformation. One way in which people have felt this change is as a crisis of political representation, as a growing sense of being denied a voice, and of political institutions as being remote and corrupt. As mainstream parties have discarded both their ideological attachments and their long-established constituencies, the public has become increasingly disengaged from the political process. The gap between voters and the elite has alarmingly widened.

The main beneficiaries of this process have been rightwing anti-immigration populist groups, such the Front National in France and UKIP in Britain. But parties of the left – Syriza in Greece, Podemos in Spain, the Scottish National Party – have also been able to tap into that popular disaffection. Corbyn has done the same.

What makes Corbyn’s success different, however, is that this is the first time that a mainstream social democratic party has become a vehicle through to express disaffection with mainstream politics. This says as much about the state of the British Labour Party as it does about Corbyn’s ability to reach out beyond the mainstream.

Ever since the 1980s Labour has been hostage to reinvention. The triumph of Thatcherism, the neutering of trade union power, the rejection of old-style Keynesian politics, a greater acceptance of the market principle – all helped deprive the party both of its social base and its raison d’etre.

After a decade of internal civil war, it was reborn in the 1990s as New Labour, a media-savvy, technocratic, middle ground party that had largely cut its links with the working class. It became, under the leadership of Tony Blair, a powerful machine to win elections. But it also became hollowed out as living, breathing political party. In the decade after 1997, Labour won three successive elections – but lost nearly quarter of a million members.

The combination of popular disaffection and an ideologically shallow Labour Party has provided Corbyn with his opportunity. But how will his success change the Labour Party, and politics more generally?

Corbyn’s supporters argue that his victory will help revitalize the democratic process, and give ordinary people a political voice that they have lacked. There is certainly something refreshing about Corbyn’s willingness to talk of political values and principles, rather than merely repeat what might be electorally safe. Yet, what has been striking about Corbyn’s first week as Labour leader has been his unwillingness to reach out beyond his natural constituency. In all his speeches, Corbyn has addressed those whom already support him, but not beyond. He has shunned the media, and often refused to answer journalists’ questions. Corbyn complains that the media is biased and wants only to demonise him. There is truth to that. But his dismissal of the media shows also a disregard, even contempt, for the wider audience, and an unwillingness to be held to account.

Traditional Labour politics was less about building mass democratic movements than about looking to the state to act as a lever of social change. Corbyn follows in this tradition, which is why many of his policies are often deeply illiberal – support, for instance, for legal constraints on hateful and unacceptable speech, and for state regulation of the press.

Even where Corbyn has attempted to promote popular democracy, the results have not been particularly democratic. Much has been made of his first appearance as Labour leader at Prime Minister’s Questions. This is a weekly ritual in the British Parliament, at which the Prime Minister faces questions from the Leader of the Opposition and other MPs. It is one of the few occasions at which the Prime Minister can be held publicly to account. Corbyn decided to crowdsource his questions. Cameron was able easily to answer questions from ‘Marie’, ‘Claire’ and others who had emailed Corbyn, but faced no interrogation from Corbyn himself. The result was not greater democracy, but less accountability, and an abdication of leadership.

Corbyn’s elevation to Labour leader is neither a historic shift nor a national threat. It is another expression of voter disenchantment. Labour’s new leader has shown little evidence that he knows how to shape disaffection in a progressive fashion. The danger is that Corbyn’s impact may be to fuel even greater disillusionment with the political process.