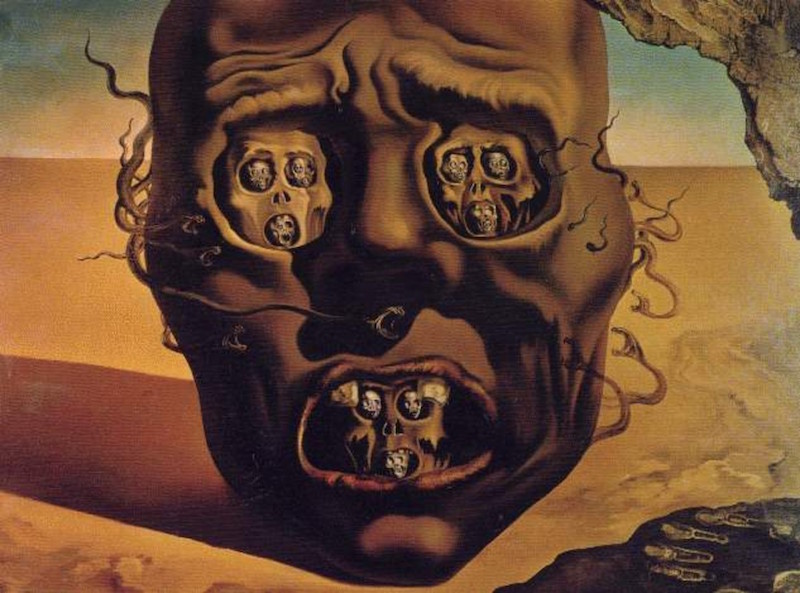 This article on why jihadis seem willing to commit acts that appear so depraved or evil was published in the Observer under the headline ‘Why do Islamist groups in particular seem so much more sadistic, even evil?’

The day before the Paris carnage, two suicide bombers killed at least 40 people in a Shia district of Beirut. The week after, two suicide bombings of street markets in Nigeria killed 49 people.

Faced with such atrocities, we can often do little but reach for adjectives such as ‘barbarous’, ‘depraved’, or even ‘evil’. But what is it that makes people act in such depraved, evil ways?

‘The sad truth’, Hannah Arendt wrote in The Life of the Mind, ‘is that most evil is done by people who never make up their minds to be good or evil’. Marc Sageman, once a CIA case officer in Afghanistan, now an academic and counter-terrorism consultant to the US government, makes a similar point about today’s jihadis. ‘It’s comforting to believe that these guys are different from us, because what they do is so evil’, he argues. ‘Unfortunately, they aren’t that different.’

But jihadis are different. They are, after all, jihadis. How are people ‘who aren’t that different’ from you and me able to commit the most brutal of mass murders?

When we talk of an act as ‘depraved’ or ‘evil’ we are not merely describing something particularly abhorrent. We are making a claim about the boundaries of morality itself.

People often disagree about the most fundamental of moral issues. Some, for instance, view torture as always wrong, others think it acceptable to torture a terrorist to obtain vital information. Each may view the other as immoral. Yet they are likely to agree that both are debating questions of right and wrong in a meaningful way.

If someone were to say, however, that ‘Torturing people is an unalloyed good’, few would see him as making a moral argument at all. He would be outside the defined boundaries of the moral landscape. And most people would call such a claim ‘evil’.

Evil, in other words, is not simply about defining an act as being particularly wicked. It is also about defining the space within which we can have a meaningful debate about good and bad, virtue and wickedness. What makes the actions of jihadis appear so inexplicable is that they seem to take place beyond the moral universe most of us inhabit. So, what is it that leads people ‘who aren’t that different’ to cross the normal boundaries of morality? 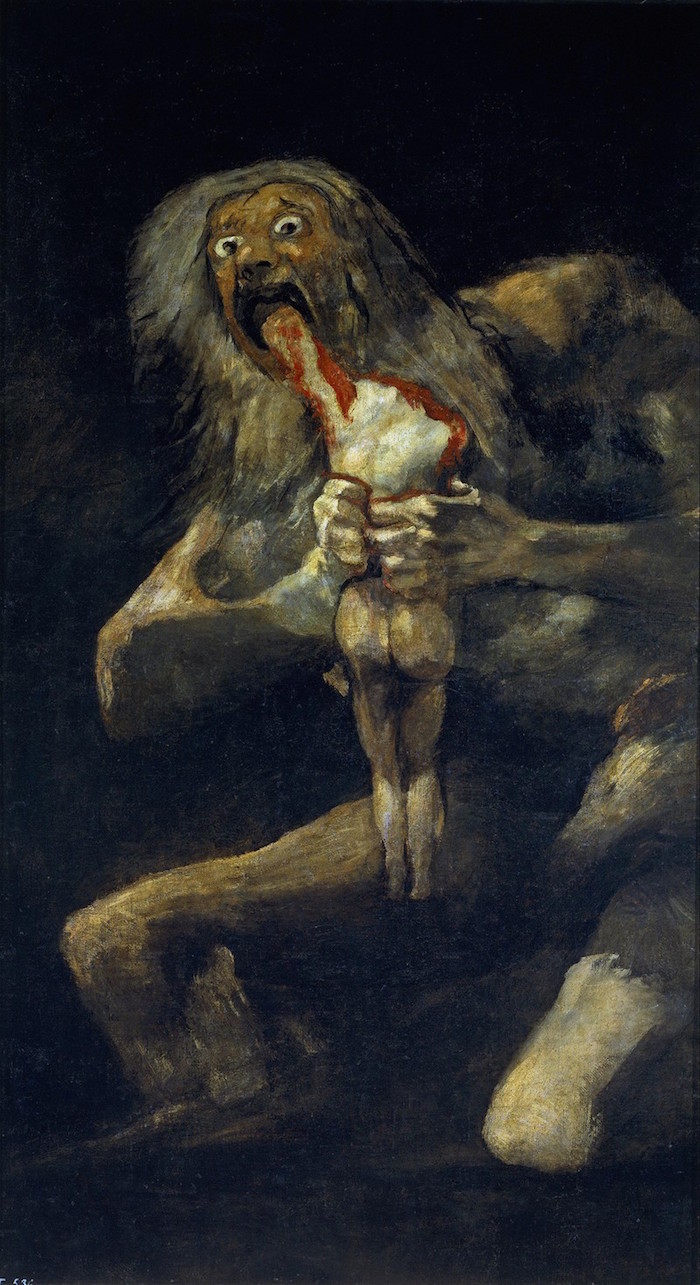 People have. of course, always committed depraved and evil acts. But simply to say ‘It has always happened’ does not tell us explain what is distinctive about contemporary terrorism. Nor does it address perhaps the most incendiary question today: Why do Islamist groups in particular seem so much more sadistic, even evil?

For some the answer lies with Islam itself. The Qur’an, they argue, is particularly violent, Muslims more given to literal readings of their Holy book, and hence more willing to commit acts of savagery.

Islam is clearly important factor in understanding jihadis. Those – including David Cameron and Barack Obama – who insist that jihadis are not ‘real Muslims’ miss the point. The fact that supporters of IS practice their religion in a way that horrifies most liberals does not make it any less Islamic.

Yet, if the insistence that jihadism is disconnected from Islam makes little sense, so does the claim that Islam alone can explain why jihadis act so unconscionably. The vast majority of Muslims abhor the actions of IS, and would find their actions morally inexplicable. And from Buddhist monks in Myanmar organizing anti-Muslim pogroms to Dylann Roof shooting dead black worshippers in a Charleston church, inhumanity is widespread in the non-Muslim world too.

There appears, nevertheless, to be something especially potent about Islam in fomenting terror and persecution. Contemporary radical Islam is the religious form through which a particular kind of barbarous rage  expresses itself. So, to understand why jihadis have been drawn into a different moral universe that allows them to celebrate, brutally inhuman acts, we have to understand why political rage against the West takes such nihilistic, barbaric forms today; and why radical Islam has become the primary means through which to express such rage.

Jihadis view themselves as warriors against Western imperialism. Yet, few anti-imperialists of previous generations would recognise jihadists as ideological kin.

There is a long history of popular struggles against colonialism and empire. While such movements often used violent means to pursue their ends, they were rarely ‘anti-Western’ in any existential sense. Rather they worked within a universalist moral framework that stressed freedom and emancipation for all humanity.

Over the past few decades these old anti-imperialist traditions have unraveled. The new movements that have emerged in their place are often rooted in religious or ethnic identity, and are sectarian or separatist in form. This shift is linked to the wider decline of progressive social movements, the loss of faith in universalist values, and the replacement of ideological politics with the politics of identity. Moral norms have increasingly become tribal rather than universal. Political struggle for a better world has given way to inchoate identity-driven rage.

The failure of secular regimes in Muslim-majority countries, and their degeneration into brutal authoritarianism, has led many to associate secularism with repression, giving greater credibility to Islamist opposition. The cynicism of the West in backing authoritarian regimes when it suited them has inflamed anti-Western passions. Misguided military interventions have helped destroy civil society, so hollowing out the space for Islamists to flourish, while also exacerbating hostility towards the West.

It’s not just in Muslim countries that sectarian opposition movements have arisen in opposition to authoritarian rule. But in non-Muslim countries, from Myanmar to the Democratic Republic of Congo, such sectarianism rarely has purchase beyond their borders. The global character of Islam has transformed the sectarian movements into a worldwide phenomenon, linking Muslims to struggles across the world.

If the actions of local rulers and the consequences of Western action have helped create one kind of void that Islamism has filled, the retreat of progressive politics has created another.

The demise of traditional opposition movements has led many to look for alternative forms of struggle, and created a yearning for God-given moral lines. Islamism, with its demand for a struggle to establish an alternative system governed by divinely-sanctioned rules, has for some filled the void. The illusion of divine sanction has allowed jihadis to justify their acts, however grotesque they may be.

Jihadis imagine that they are waging war against the West. But the West has become in their eyes, not a set of specific nations responsible for specific acts, but an almost mythical, all-encompassing monster, the modern version of the chimera or basilik, the source of all manner of horror and dread. And against such a monster, almost any act becomes acceptable.

Shorn of the moral framework that once guided anti-imperialists, shaped by black and white values that in their mind possess divine approval, driven by a sense of rage about non-Muslims and a belief in an existential struggle between Islam and the West, jihadis have come to inhabit a different moral universe, in which they are to commit the most inhuman of acts and view them as righteous.

None of this is to ‘excuse’ jihadis, or their actions. It is, however, to suggest that the ‘evil’ expressed in the kind of terror visited in recent days upon Paris, Beirut and Nigeria is not merely some eternal aspect of human nature, but very much the product of our times.

The paintings are, from top down, Salvador Dalí’s ‘The Face of War; Francisco Goya’s ‘Saturn Devouring His Son’; Zdzislaw Beksiński’s ‘We are all in the hands of Goliath’.