Neduntheevu is one of the remotest parts of Sri Lanka – a small, oval shaped island in the Palk Strait, off the northwest coast. It is still known, even to many locals, by its Dutch name, Delft. (The Dutch came in the seventeenth century, driving out the Portuguese who, a century earlier, had seized large parts of Sri Lanka).

Delft is home to wild horses and boabab trees, the former introduced by the Portuguese, the latter by Arab sailors almost a millennium earlier. The island, with its gray coralline soil, has a quite extraordinary arid landscape, more befitting the Mediterranean or the Californian desert than an island lashed by monsoons. 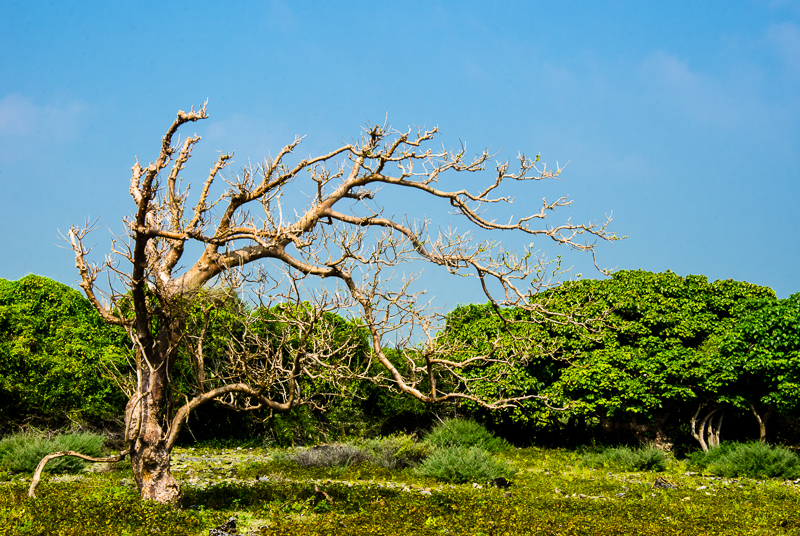 The most striking feature of Delft, however, are the dry stone walls built out of coral. Some larger buildings, including the old Dutch fort which now lies ruins, were also constructed with coral. The coral imparts to the walls a wonderful texture and a striking abstract beauty.