Harlem was not always synonymous with African Americans. In the late-nineteenth century, it was home to a predominantly Jewish community – in his book When Harlem Was Jewish, historian Jeffrey Gurock estimates that almost 200,000 Jews lived there on the eve of the First World War. By 1930 that had fallen to just 5000. ‘Harlem’s era as a landmark on the Jewish map of New York was over’, Gurock observes.

The reasons for the transformation were many and complex – a real estate crisis which led landlords to pack in thousands of new residents into the area; building restrictions that caused a deterioration in the stock; a series of immigration laws to prevent a new Jewish influx from Europe; the Great Migration, which saw a mass movement of African Americans from the South to the North, a migration fuelled both by a desire to escape Jim Crow Laws in the South and by industrial expansion in the North, especially during and after the First World War.

In 1923, The Jewish Welfare Board declared that ‘the outlook is for a steady reduction of Harlem’s Jewish population due to the restrictions on immigration, the desire to better oneself socially as the economic status improves, the influx of Negroes, Italians and Spanish-speaking groups.’ The influx generated considerable hostility.  In 1905, the New York Herald claimed that ‘During the last three years flats that were occupied entirely by white folks…have been captured for occupation by a Negro population. One Hundred and Thirty-third Street still shows some signs of resistance to the blending of colors in that street, but between Lenox and Seventh Avenues has practically succumbed to the ingress of colored tenants…Real estate brokers predict that it is only a matter of time when the entire block will be a stronghold of the Negro population.’ The New York Times wrote of a ‘negro invasion’ and a ‘Real Estate Race War’.

Some white residents’ associations tried to pressure landlords not to sell or rent to blacks. Others, such as the West Side Improvement Association, tried to evict African Americans, fearing that ‘their presence in a neighborhood would cause the value of property to deteriorate’. The Jewish paper Yiddishes Tageblat, observing how Jews had previously been treated, condemned the anti-black violence as ‘a terrible pogrom against Negroes’ that revealed how ‘New York people can manifest a great hate for a strange race. For the persecuted Jew to enhearten the persecutors of the Negro is indeed despicable.’

Despite the hostility, Harlem quickly turned from a Jewish to an African American neighbourhood. In 1910, around ten per cent of the residents of central Harlem were African American. By 1920, they comprised a third of the population and by 1930 that figure had risen to more than 70 per cent. Almost half of New York’s 328,000 blacks now lived in Harlem. Most of Harlem’s Jewish institutions, from synagogues to workers’ organisations, closed down or moved to another areas of New York.

The new Harlem became synonymous in the 1920s and 30s with the Harlem Renaissance, the literary, artistic, and intellectual movement that kindled a new black cultural identity It was led by writers such as Langston Hughes, Jean Toomer, Zora Neale Hurston and Claude McKay, artists including Jacob Lawrence and Aaron Douglas, and musicians like Duke Ellington, Fats Waller, and Jelly Roll Morton, pioneers of jazz.

Now, almost a century on, there is another major shift in Harlem’s demographics. The driver is gentrification. ‘No Longer Majority Black, Harlem Is in Transition’, ran a New York Times headline in 2010. Five years later, the Guardian asked ‘What will happen when Harlem becomes white?’ Since 2000, the New York Times observed, ‘central Harlem’s population has grown more than in any other decade since the 1940s, to 126,000 from 109,000, but its black population is smaller than at any time since the 1920s’, down to around 77, 000. In greater Harlem, which runs from the Hudson to the East River, and from East 96th Street and West 106th Street to West 155th Street, blacks are no longer a majority of the population.

Gentrification has brought money, new shops and chic restaurants. But it has also brought hostility, from residents, who are being priced out of the new Harlem as rents soar, and who see their community distintegrating. There has been many protests against the changing face of the neighbourhood. ‘Our Harlem is being remade, upgraded and transformed, just for them, for wealthier white people’, wrote Michael Henry Adams, a long-time resident and historian of the neighbourhood, in an article last year for the New York Times headlined ‘The End of Black Harlem’. He points to the fact that with a ‘median income in Harlem of less than $37,000 a year, many of these new apartments would be too expensive for those of us who already live here’. He points, too, to the fact that many of the historic buildings of Harlem, and especially of the Harlem Renaissance – buildings such as the Renaissance Theatre, where Duke Ellington performed, the Childs Memorial Temple Church of God in Christ, where Malcolm X’s funeral was held, and the Lenox Lounge night club, have disappeared, many demolished.

Gentrification often raises complex issues. The questions of poverty and racism, of locals beings priced out an area, of the unpicking of the threads of a community, and of cackhanded approaches to the historical memories of a neighbourhood, are all important, and need tackling. But a refusal to countenance social change, or an insistence on preserving Harlem as a black community,  are not particularly useful ways of tackling such issues.

Change and renewal are the very character of a city. It was change that made Harlem the centre of African American culture. It is striking that Adams, in describing how historically ‘Harlem came to be America’s “black Mecca”’, does not mention once the fact that Harlem used to predominantly Jewish neighbourhood. In trying to preserve the historical memories of Harlem, there is a danger of historical amnesia airbrushing out the changes that made Harlem as it is.

There is also a danger in romanticizing the ‘community’ and forgetting what Harlem used to be like. As the New York Times observed, ‘Because so much of the community was devastated by demolition for urban renewal, arson and abandonment beginning in the 1960s, many newcomers have not so much dislodged existing residents as succeeded them’. Or, as Howard Dodson, director of the Schomburg Centre for Research in Black Culture put it, ‘This place was vacated’.

Gentrification inevitably brings mixed blessings, and, equally inevitably, longterm residents of an area often feel dispossessed and marginalized in the process. But there is a dangerous note in many of the arguments now being made about the ‘end of black Harlem’. The hostility to today’s newcomers draws from different wells than did the hostility to newcomers to Harlem a century ago. And yet one cannot but hear in the insistence that Harlem must remain black an echo of the insistence a century ago that it must stay Jewish, or that it must not become black.

Dodson observes about the gentrifcation of Harlem, ‘The question of whether it’s a good thing or not, ‘I honestly can’t make that judgment yet.’ But he also observes, that ‘you can’t have it both ways: You can’t on the one hand say you oppose being discriminated against by others who prevent you from living where you want to, and say out of the other side of your mouth that nobody but black people can live in Harlem.’

When I visited Harlem, I did not do so with the intention of documenting the changing face of the area; nor did I spend long enough to be able adequately to do that. So these photos of the today’s Harlem are somewhat arbitrary. Nevertheless, they give glimpses of a neighbourhood, and a community, in transition.

Many parts of Harlem boast beautiful, early-twentieth century town houses. These are mainly from 137th and 138th Streets, many being renovated in the gentrification of the area. 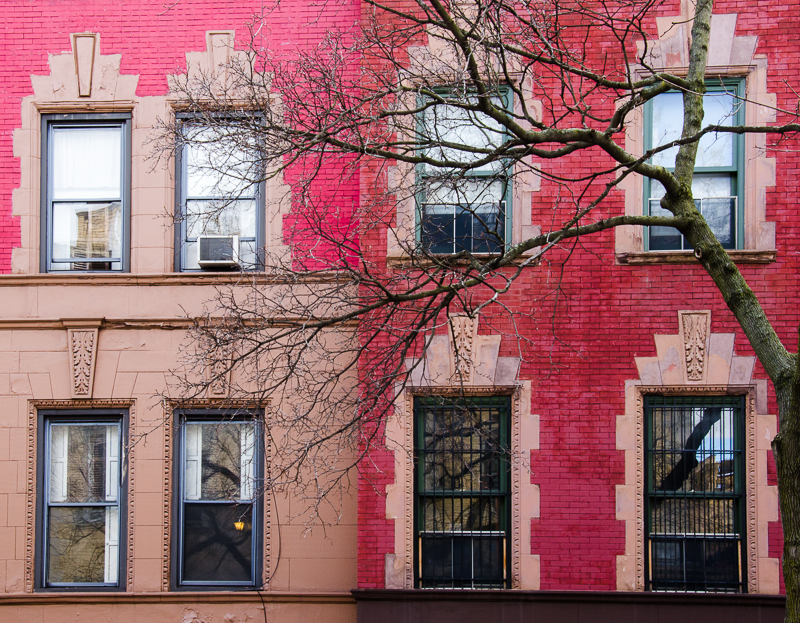 Sugar Hill was once the most fashionable part of Harlem, indelibly connected to the Harlem Renaissance, and home to some of the greatest African Americans. WEB DuBois lived there. As did Thurgood Marshall, Paul Robeson,Count Basie and Joe Louis. Another resident, Duke Ellington, immortalised it in Take the A Train.  And now Sugar Hill is home to a stunning piece of brutalist architecture, designed by British architect David Adjaye, but aimed not at the rich and fashionable, but at some of the poorest tenants in New York. It is subsidised social housing, incorporating a preschool nursery, cultural centre and museum. It is designed not simply to be a striking piece of modernism but a symbol of how urban renewal can work.

Once it was simply Lenox Avenue. Now it’s also called Malcolm X Boulevard. Langston Hughes, in his poem Juke Box Love Song, called it ‘Harlem’s heartbeat’. And, in many ways, the area between Lennox and 125th Street still remains so. 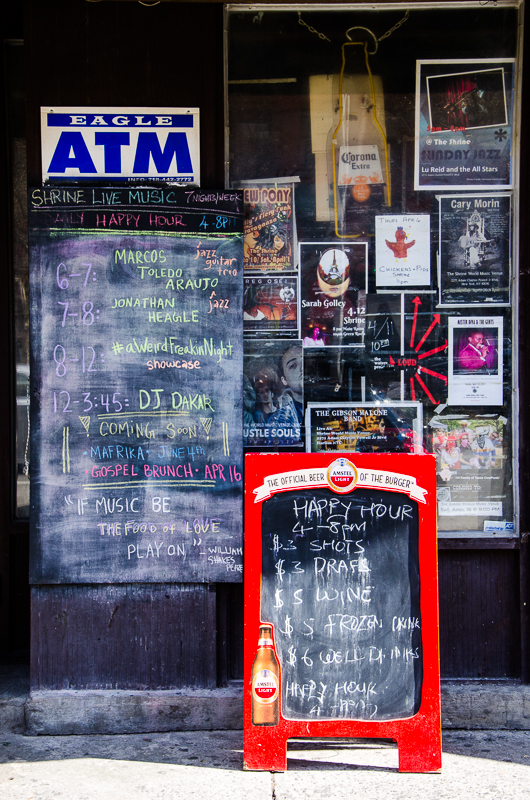 There are dozens of murals and statues in Harlem commemorating its history and great figures. From the top down, these are the front of the Harlem Hospital on Malcolm X Boulevard; Louis Delsart’s ‘Sprit of Harlem’ mosaic on the facade of Citi Bank Frederick Douglass Boulevard; Bryan Collier’s Women’s Health Community Mural on 125th Street; a street mural on 135th Street; the Invisible Man, a memorial to Ralph Elison, in Riverside Park; and statues of Adam Clayton Powell Jr, Baptist Minister and the first African America Congressman for New York,  and the abolitionist Harriet Tubman. 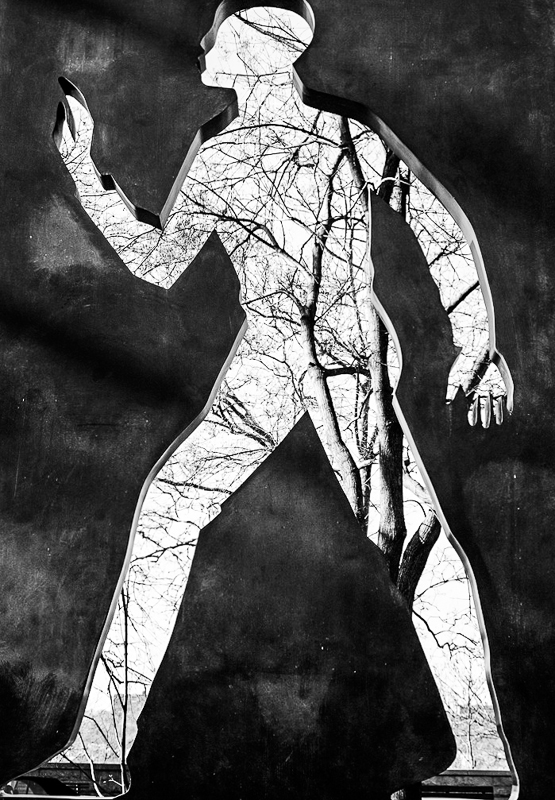 The Schomburg Centre for Research in Black Culture, part of the New York Public Library, is one of the most important archive of black history in America. There is currently showing there a superb exhibition on the history of the Black Power Movement. These are some photos from that exhibition. 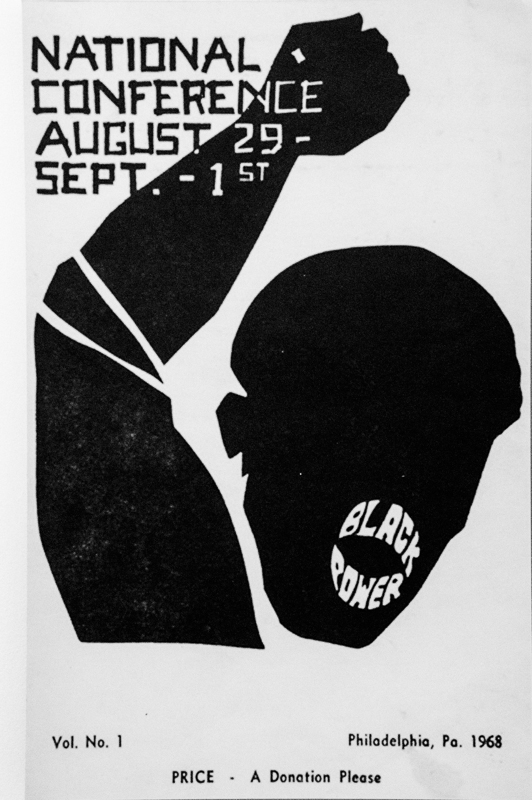 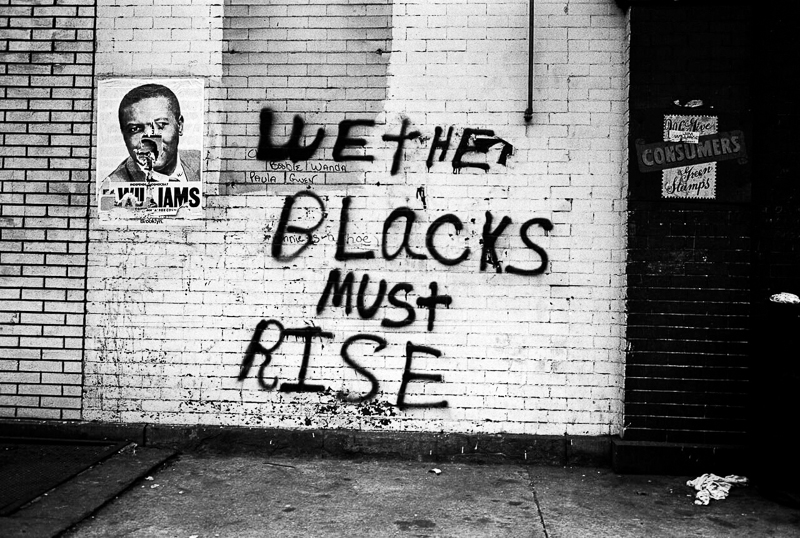 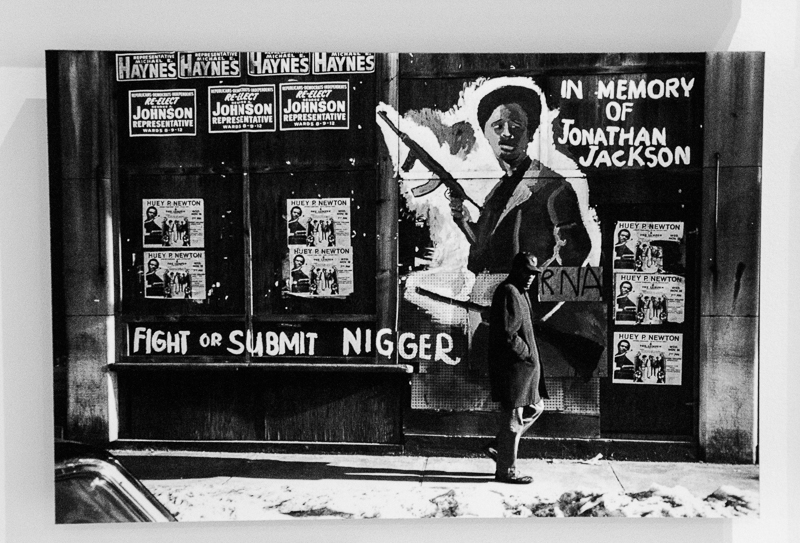