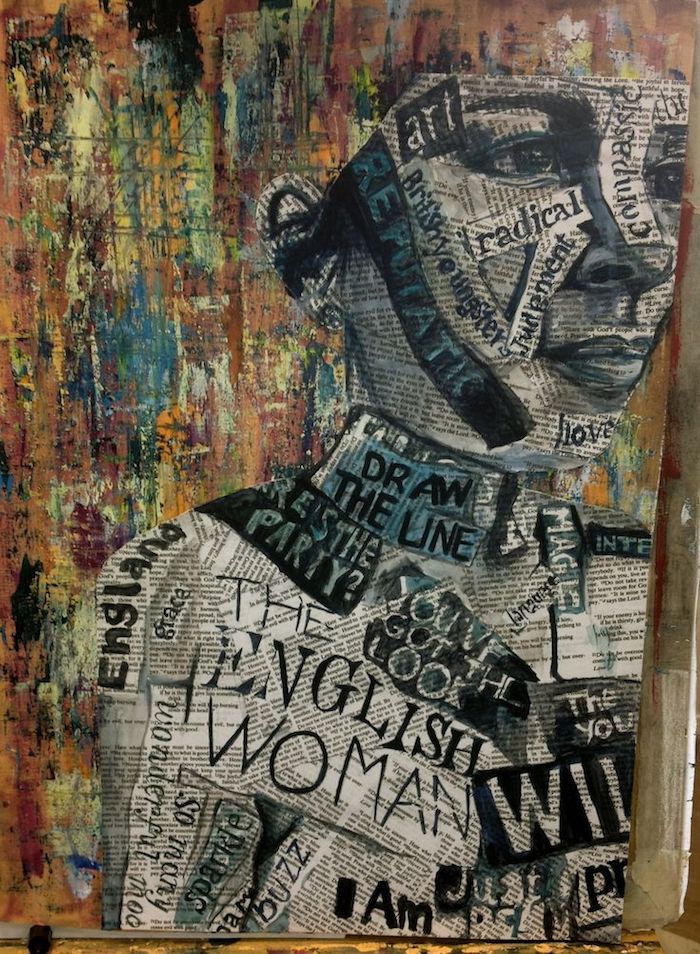 I took part in a discussion on ‘Identity politics, communalism and multiculturalism’ at the Secularism Conference 2017. This is something of what I said.

Identities are, of course, of great significance. They give each of us a sense of ourselves, of our grounding in the world and of our relationships to others. At the same time,  politics is a means, or should be a means, of taking us beyond the narrow sense of identity given to each of us by the specific circumstances of our lives and the particularities of personal experiences. As a teenager, I was drawn to politics because of my experience of racism. But if it was racism that drew me to politics, it was politics that made me see beyond the narrow confines of racism. I came to learn that there was more to social justice than challenging the injustices done to me, and that a person’s skin colour, ethnicity or culture provides no guide to the validity of his or her political beliefs. Through politics, I was introduced to the ideas of the Enlightenment, and to the concepts of a common humanity and universal rights. Through politics, too, I discovered the writings of Marx and Mill, Baldwin and Arendt, James and Fanon. Most of all, I discovered that I could often find more solidarity and commonality with those whose ethnicity or culture was different to mine, but who shared my values, than with many with whom I shared a common ethnicity or culture but not the same political vision.

Politics, in other words, did not reinforce my identity, but helped me reach beyond it. If I was growing up today, though, it is quite possible that my political education would be much narrower, because it would be shaped primarily by my personal identity and experience, rather than providing a means of transcending it; because all politics has, for so many, come to be seen as identity politics.

In fact, the very opposite. The origins of identity politics in the late eighteenth century lie with the reactionary right. The original politics of identity was racism and nationalism, and it developed out of the counter-Enlightenment. These early critics of the Enlightenment opposed the idea of universal human values by stressing particularist values embodied in group identities. ‘There is no such thing as Man’, wrote the French arch-reactionary Joseph de Maistre in his polemic against the concept of the Rights of Man. ‘I have seen Frenchmen, Italians and Russians… As for Man, I have never come across him anywhere.’

Where reactionaries adopted a particularist outlook, radicals challenging inequality and oppression did so in the name of universal rights. They insisted that equal rights belonged to all and that there existed a set of values and institutions, under which all humans best flourished. It was a universalism that fuelled the great radical movements that have shaped the modern world – from the almost-forgotten but hugely important Haitian Revolution of 1791, to the anti-colonial and anti-imperialist struggles of the twentieth century to the movement for women’s suffrage to the battles for gay rights. 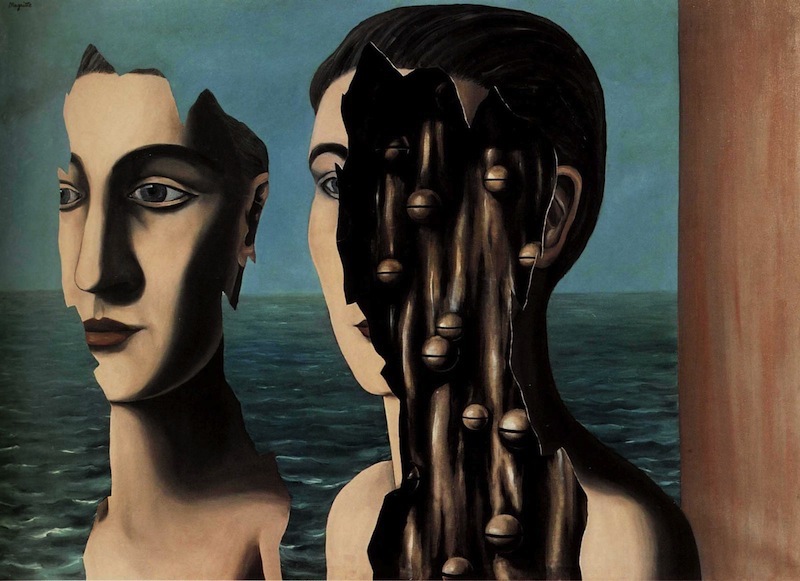 The relationship between left, right and identity changed in the decades after the Second World War. In the wake of Nazism and the Holocaust, overt racism became far less acceptable. The old politics of identity faded, but a new form emerged – identity politics as a weapon wielded not in the name of racism and nationalism, but to confront racism and oppression, and as a means of challenging inequality.

The struggle for black rights in America, in particular, was highly influential in developing ideas both of black identity and self-organization. Squeezed between an intensely racist society, on the one hand, and, on the other, a left largely indifferent to their plight, many black activists ceded from integrated civil rights organisations and set up separate black groups. It provided a template for many other groups, from women to Native Americans, from Muslims to gays, to look upon social change through the lens of their own cultures, goals and ideals.

In the 1960s, identity politics provided a means of challenging oppression, and the blindness of much of the left to such oppression, and was linked to the wider project of social transformation. But as the old social movements and radical struggles lost influence, so the recognition of identity became an end in itself. ‘The demand is not for inclusion within the fold of “universal humankind” on the basis of shared human attributes’, as the feminist and sociologist Sonia Kruks put it; ‘nor is it for respect “in spite of one’s differences”. Rather, what is demanded is respect for oneself as different.’

‘Solidarity’, therefore, has become increasingly defined not in political terms – as collective action in pursuit of certain political ideals – but in terms of ethnicity or culture. The answer to the question ‘In what kind of society do I want to live?’ has become shaped less by the kinds of values or institutions we want to establish, than by the group or tribe to which we imagine we belong.

The question people ask themselves is not so much ‘In what kind of society do I want to live?’ as ‘Who are we?’. The two questions are, of course, intimately related, and any sense of social identity must embed an answer to both. But as the political sphere has narrowed, and as mechanisms for political change have eroded, so the answer to the question ‘In what kind of society do I want to live?’ has become shaped less by the kinds of values or institutions people want to struggle to establish, than by the kind of people that they imagine they are; and the answer to ‘Who are we?’ has become defined less by the kind of society they want to create than by the history and heritage to which supposedly they belong. The frameworks through which we make sense of the world are defined less as ‘liberal’ or ‘conservative’ or ‘socialist’ than as ‘Muslim’ or ‘white’ or ‘English’ or ‘European’. 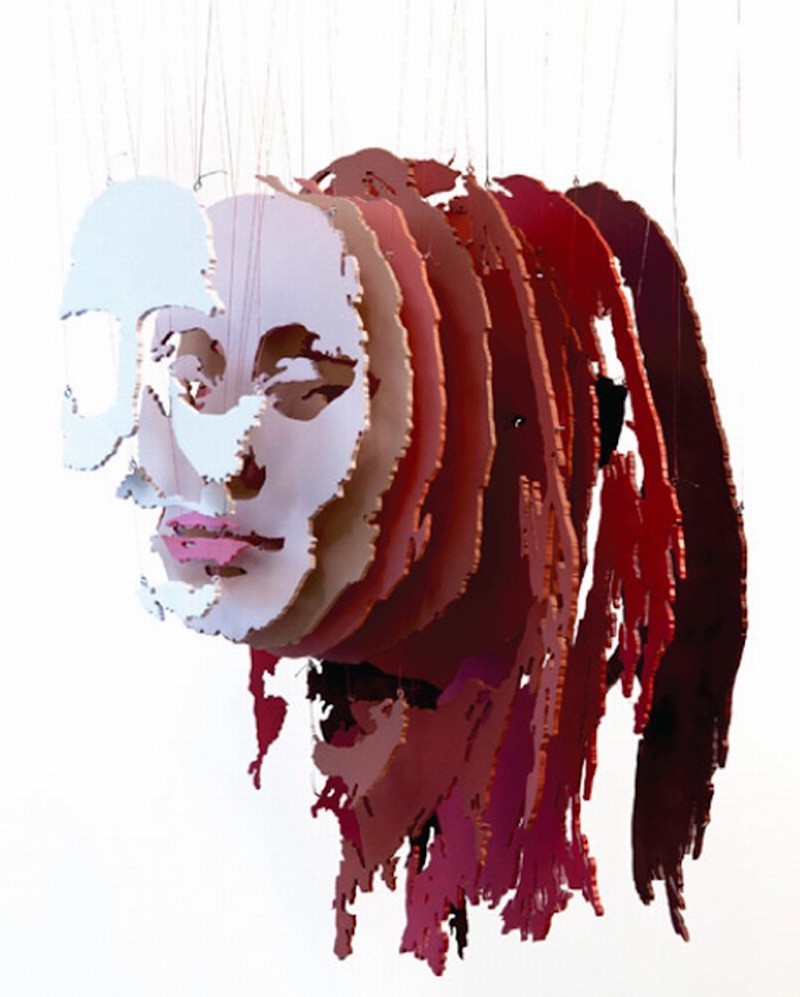 In practice, contemporary identity politics does little to challenge the roots of oppression. What it does do is empower certain people within those putative identities to police the borders of ‘their’ communities or peoples by establishing themselves as gatekeepers. It has allowed self-nominated authentic voices or community leaders to consolidate and protect their power. As solidarity has become redefined in terms of ethnicity or culture, so those who demand to be the voices of those ethnicities or cultures are afforded new privileges. From the perspective of identity politics, the African American academic and activist Adolph Reed observes, ‘a society in which 1% of the population controlled 90% of the resources could be just, provided that roughly 12% of the 1% were black, 12% were Latino, 50% were women, and whatever the appropriate proportions were LGBT people.’ That is why, he adds, the more aggressively ‘working people of all races, genders, and sexual orientations’ have their protections dismantled and their lives broken, ‘the louder and more insistent are the demands from the identitarian left’ that ‘the crucial injustices in the society should be understood in the language of ascriptive identity.’

At the same time, as the new anti-immigrant and anti-Muslim movements and the rise of the identitarian right reveal, the reactionary forms of identity politics has returned with a vengeance. If other groups can protect their particular history and heritage and cultural identity as essential to their social being, runs the argument, why can’t whites? Many liberals now defend ‘racial self-identification’ as simply another form of identity politics. One of the consequences of the mainstreaming of identity politics is that racism has become rebranded as white identity politics.

The images are, from top down: ‘Self Portrait 1’ by Serena Winther, an entrant in the 2012 Saatchi Gallery / Sunday Telegraph Art Prize for Schools; René Magritte, The Secret Double; Michael Murphy’s 3-D sculpture of Stephanie Tubbs Jones.