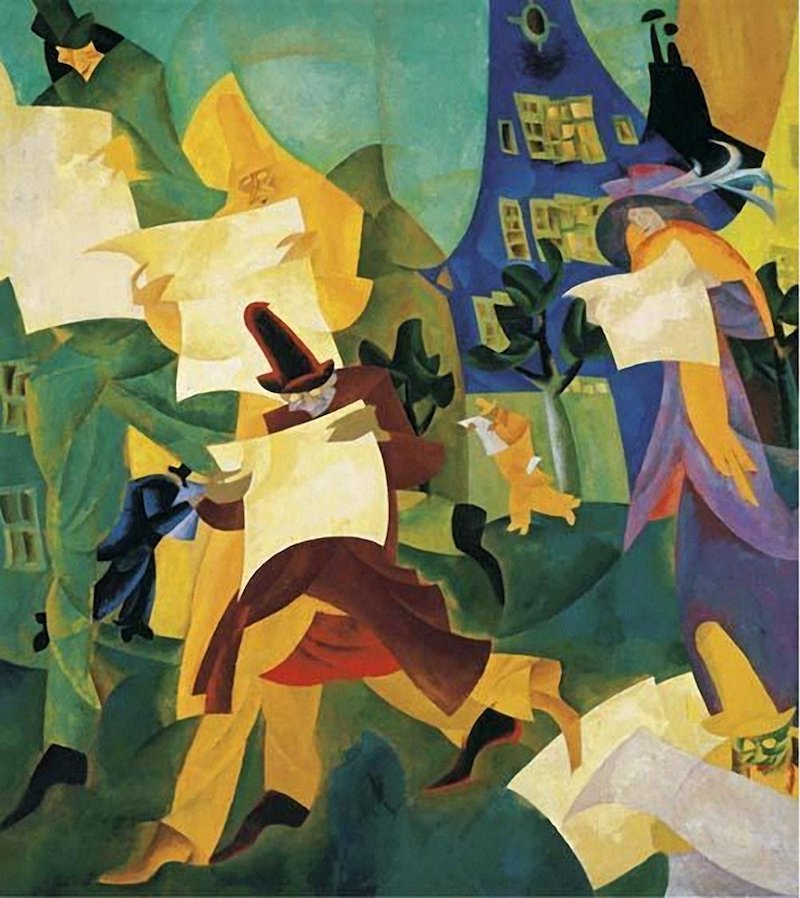 This essay was the main part of my Observer column this week. (The column included also a shorter piece in response to a Treasury tweet on how British taxpayers ‘helped end the slave trade‘.) It was published in the Observer, 11 February 2018, under the headline ‘Fake news has a long history. Beware the state being keeper of “the truth”‘.

.
Before Facebook, there was the coffee house. In the 17th-century, panic gripped British royal circles that these newly established drinking salons had become forums for political dissent. In 1672, Charles II issued a proclamation ‘to restrain the Spreading of False News’ that was helping ‘to nourish an universal Jealousie and Dissatisfaction in the minds of all His Majesties good subjects’.

Now, 350 years on, legislators across the world are seeking to do the same. Last week, the House of Commons digital culture, media and sport committee flew to Washington DC to grill representatives of big tech companies, including Facebook, Twitter and Google. The title of their session echoed Charles II: ‘How can social media platforms help stop the spread of fake news?’

In the wake of the Broadwater Farm riot of 1985, in which a policeman, PC Keith Blakelock, was hacked to death, the police and the press organised a lurid campaign against the key suspect, Winston Silcott, depicting him as the ‘Beast of Broadwater Farm’. Convicted on the basis of virtually no evidence, he was released three years later after it was shown that the police had forged their interview notes.

In 1989, the Sun, fed lies by the police, ran a campaign to besmirch Liverpool football fans after 96 supporters died at Hillsborough, crushed to death after being forced into an overcrowded caged pen. The Sun invented stories of drunken fans as the cause of the disaster.

In 2003, in the run-up to the Iraq war, articles about Saddam Hussein’s nonexistent weapons of mass destruction filled newspaper pages across the world.

And so on. Lies masquerading as news are as old as news itself. What is new today is not fake news but the purveyors of such news. In the past, only governments and powerful figures could manipulate public opinion. Today, it’s anyone with internet access. Just as elite institutions have lost their grip over the electorate, so their ability to act as gatekeepers to news, defining what is and is not true, has also been eroded.

There is another change, too. In the past, those with power manipulated facts so as to present lies as truth. Today, lies are often accepted as truth because the very notion of truth is fragmenting. ‘Truth’ often has little more meaning than ‘This is what I believe’, or ‘This is what I think should be true’. On issues from Brexit to same-sex marriage, all sides cling to their view as the truth, refusing to engage with ‘alternate’ views. As Donald Trump has so ably demonstrated, the cry of ‘fake news’ has become a way of dismissing inconvenient truths. And from China to the Philippines, repressive regimes use the charge of ‘fake news’ to impose censorship and crush dissent.

This is why we should be wary of many of the solutions to fake news proposed by European politicians. Such solutions do little to challenge the culture of fragmented truths. They seek, rather, to restore more acceptable gatekeepers – for Facebook or governments to define what is and isn’t true. In Germany, a new law forces social media sites to take down posts spreading fake news or hate speech within 24 hours or face fines of up to €50m. The French president, Emmanuel Macron, has promised to ban fake news on the internet during election campaigns. Do we really want to rid ourselves of today’s fake news by returning to the days when the only fake news was official fake news?

In 1675, Charles II issued a new ‘Proclamation for the Suppression of Coffee-Houses’ because ‘divers False, Malicious and Scandalous Reports are Devised and spread abroad’. The king declared that ‘Coffee-Houses be… Put Down and Suppressed’. The attempts to control today’s fake news through contemporary equivalents of the suppression of the coffee house are equally misguided and dangerous.

Seventeenth-century coffee-house owners were forced eventually to accept that only ‘loyal men’ should be licensed to run coffee houses and to promise to inform the king of anything ‘they know or hear said prejudicial to the government’. We should be careful what we wish for.

The painting is ‘Newspaper readers’ by Lyonel Feinenger.