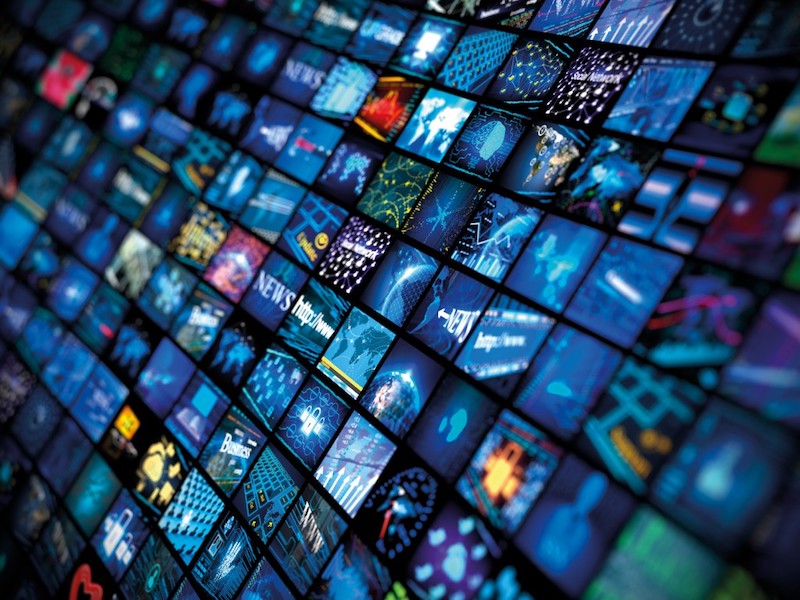 This essay, on the British election campaign and the relationship between politics, journalism and truth, was my Observer column this week. It was published on 15 December 2019, under the headline ‘The sick boy, the ‘punch’: the local can still capture the national picture’.

In the maelstrom of debate about Boris Johnson’s victory, and amid the acrid ‘self-reflection’ now facing Labour, it’s easy to lose sight of some of the wider issues raised by the election campaign. One of the most important, perhaps, is the relationship between journalism, politics and truth.

Cast your mind back to the days when the election still seemed to many, including pollsters, to be in the balance. Last Monday, in fact. The somewhat surreal day began with Johnson refusing to look at a photo of four-year-old Jack Williment-Barr lying on the floor of the Leeds General Infirmary (LGI), captured by the Yorkshire Post, continued with leading journalists promoting a false story about Labour activists punching a Tory adviser, and ended with a concerted fake news campaign on social media to show that the photo was in fact fake news. At the heart of all this lay fundamental issues about political scrutiny, journalistic ethics and the creation of news.

Politicians have always attempted to gain power while minimising the scrutiny they face. What was once a tactic has now become a culture. Elections are stage-managed as never before, and serious discussion of policies replaced by a careful choreography of soundbites, slogans and social media ads.

Perhaps no single event (or non-event) better demonstrated politicians’ contempt for scrutiny than Johnson’s refusal to be questioned by Andrew Neil. Johnson’s team clearly calculated that, Neil having eviscerated both Nicola Sturgeon and Jeremy Corbyn, it was less damaging to be seen as being frit by taking the political equivalent of the fifth amendment, than melting like an ice sculpture in the heat of a TV inquisition. And, given the election result, they have been proved right. Politicians are not obliged to be interviewed by anyone in particular. Nevertheless, hiding behind a political burqa, to borrow a Johnsonian image, is to turn voters into letterboxes into which to deposit carefully curated political messages.

The problem is not just that politicians try to shield themselves from scrutiny. It is also that journalists have become complicit in this process. The dependence of journalists on their relationship with party machines to gain access to interviews and gossip makes them vulnerable to being gamed. Political parties routinely feed journalists with half-truths or untruths, traceable only to anonymous ‘sources’.

On Tuesday, both the BBC political editor, Laura Kuenssberg, and her ITV equivalent, Robert Peston, were briefed by Tory sources that one of the health secretary Matt Hancock’s advisers had been punched by a Labour protester outside LGI. There was no such incident, but both tweeted it as if it were a fact. Only later, when a video came to light, did the truth emerge.

Ironically, even the desire to subject politicians to scrutiny can itself distort the picture, turning journalists themselves into the news. Johnson’s refusal to be grilled by Neil made Neil, too, a central character in the story. Neil’s three-minute monologue to camera challenging the prime minister to appear on the show was pure theatre, and went viral. It may have been necessary in the context of Johnson’s refusal to be interviewed, but it was also problematic, turning the spotlight on to Neil.

Similarly, when ITV’s Joe Pike confronted Johnson over the photo of the boy on a hospital floor, it made for compelling viewing. But, again, it turned the interview itself into the news item, and the act itself of getting Johnson to look at a photo on a phone seemed designed as theatre. Social media has further distorted the relationship between journalism and politics. Platforms such as Facebook, Twitter and Instagram can be invaluable tools through which to find information and break news. They can also help degrade the meaning of journalism. In the context of the 24-hour instant news culture, the desire to get a story out as quickly as possible leaves little time for traditional journalistic virtues such as checking details or verifying sources.

Disinformation is not just about spreading news that’s false. It’s also about portraying real news as fake. On Tuesday, dozens of Twitter and Facebook accounts claimed to have a friend who was a nurse at LGI who had witnessed little Jack being placed on the floor by his mother to stage a photograph that might shame the Tories. Not just the story, but the wording in all these accounts was identical, suggesting an organised disinformation campaign, though by whom is unclear. Nevertheless, mainstream journalists, including the Telegraph columnist Allison Pearson, accepted them as true, pushing them further into the outside world and providing them with an aura of authenticity.

The problem revealed here is a culture simultaneously too sceptical and not sceptical enough. Too many journalists have become too credulous about stories from anonymous ‘sources’. At the same time, people have become so cynical about journalism that any news can now potentially be seen as fake. It’s the cynicism that can turn any truth into a lie that is truly corrosive.

The obsession with social media has led many to neglect another part of the media ecosystem that is also of vital importance – local newspapers. In the age of global communication, it is easy to condescend to local papers as quaint and old-fashioned. Yet they play a vital role in sustaining both journalism and democracy.

It was the Yorkshire Evening Post that broke the story about Jack Williment-Barr and subsequently played a major role in responding to the attempts to dismiss it as fake news. Some of the best investigative journalism these days emerges from local papers – for instance, in the work of the Manchester Evening News’ Jennifer Williams.

Regional papers bring scrutiny to social issues often ignored by national journalists. They also provide a voice to people and areas often unheard, and play a vital role in meshing together our social fabric. But they are also under threat. Between 2005 and 2018, 245 local titles were lost. The result is both a journalistic void and a democratic deficit.

‘I know it’s fashionable,’ reads Kuenssberg’s Twitter bio, ‘but even in 2019 there is nothing big or clever about shooting the messenger.’ There is much truth to this – blaming the media for political failures and frustrations is both fashionable and often misplaced. But equally, there is nothing big or clever about the messenger not sufficiently scrutinising the message that he or she carries. From local papers to social media, the relationship between journalism and politics needs to be reset.