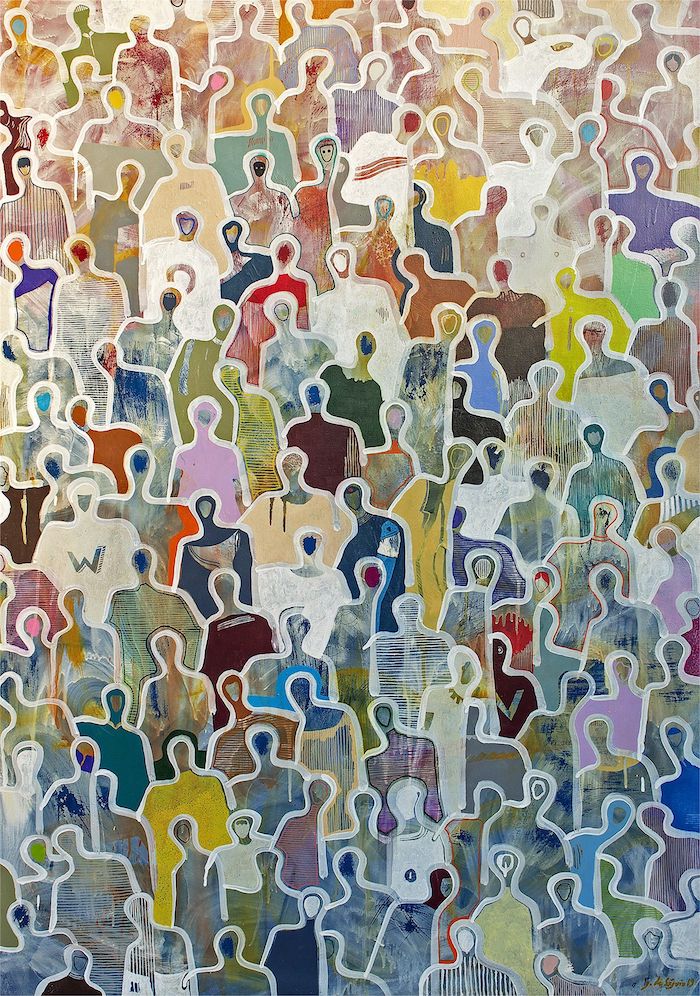 This essay, on decency and politics, was my Observer column this week. (The column included also a short piece on the mess that is the free speech debate.) It was published on 29 March 2020, under the headline ‘Our basic decency is clear. But a good society needs more than decency’.

‘It may seem a ridiculous idea but the only way to fight the plague is with decency.’ So says Dr Rieux, a central character in Albert Camus’s 1947 novel The Plague. The moral thread running through the book, and indeed through much of Camus’s work, is the importance of decency to the choices one makes in life.

Camus would probably have welcomed the moral choices made by most of the country in this pandemic. This might seem an odd judgment in light of the outcry about people acting selfishly, from supermarket hoarders to seaside revellers.

Yet, given the degree to which our lives have been turned upside down, the extent to which we’ve had to curb our usual behaviours, and the swiftness with which the changes have been imposed, what is extraordinary is not that some people are flouting the new social norms but that the vast majority comply with them so willingly and completely.

Even empty supermarket shelves are a signal of how seriously official exhortations about social distancing are being taken. The number of people selfishly hoarding is small (one analysis suggests as low as 3%). But so many are now at home rather than at work, so many restaurants and cafes closed, so many people shopping less frequently and so buying more each time, that stocks inevitably run low. Ironically, it’s social duty more than selfishness that is emptying the shelves.

But if the pandemic has shown most people to be decent and communal-minded, it has also shown how differently we think of others. A YouGov poll suggested that 93% support government measures on social distancing – and that almost the same number fear that others are not taking them seriously enough.

In part, this reflects the character of a pandemic. The US historian Jill Lepore has written of ‘plague novels’, such as Camus’s work, that ‘unlike other species of apocalyptic fiction, where the enemy can be chemicals or volcanoes or earthquakes or alien invaders, the enemy here is other humans’.

This is true not just of plague fiction but also of pandemic fact. From the media to the public, we seem to take the actions of a few idiots, rather than the decency of the vast majority, as representative of human nature.

In part, too, the tendency to see other people as the problem is nurtured by a more atomised society. And there’s the paradox: the outpouring of community-mindedness – from the half a million people who volunteered to help out the NHS to the mutual aid groups that have sprung up nationwide – takes place against a background of a hollowed-out civic and public life and the fading of many of the organisations through which social solidarity has traditionally been nurtured. It’s perhaps symbolic that social distancing has become the most vital expression of social solidarity.

The paradox can be seen too, in the resetting of politics, and in the shifting of the relationship between society and the state. In the space of a few weeks, governments on both sides of the Atlantic have jettisoned policies long considered sacrosanct in good economic management. Commentators who for years have insisted on the need for small government and debt reduction now call for the authorities to ‘embrace socialism’ to save the free market. A Tory minister told the journalist Robert Peston that the government was ‘implementing most of Jeremy Corbyn’s programme’. And all this after Corbyn was savaged at the polls.

The ‘big state is back’, observed the Economist. But it is different from the big state of the past. The postwar Keynesian compact was shaped, at least in part, by the demands of a vibrant labour movement, and given impetus through a Labour government swept into power by popular acclaim. Today’s big state is being brought into being by politicians who, just an election ago, were making the case for austerity, while we the public remain holed up in our houses watching press conferences in which the new social rules are laid down.

Decency is a necessary underpinning of the good society, but not a sufficient one. Beyond decency lies politics. How decency is able to express itself, and what kind of society it can build, depends on political will and collective struggles.

What happens to the energy unleashed by the mutual aid societies, the NHS volunteers, the food bank helpers, and to the willingness to upend our lives for the common good? Who will give shape to the new relationship being forged between society and the state? Once we have stopped social distancing, these are the questions we will need to address in the post-pandemic world.

The image is one of Gaëtan de Seguin‘s ‘J+’ series.