As students at University College London prove that there is nothing about which someone can’t find something to take offence, Jesus and Mo show how to create a world that might suit our oh-so-sensitive souls: 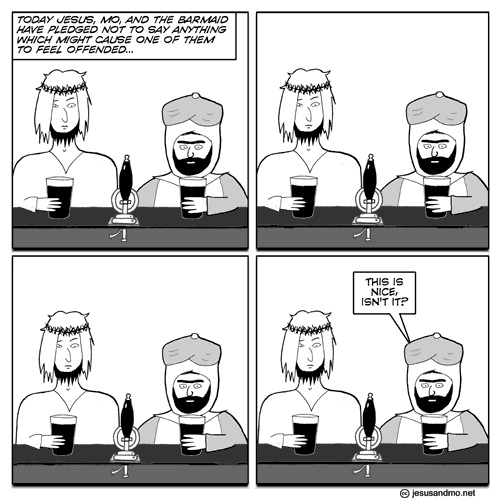 And, right on cue, UCL’s Ahmadiyya Muslim Students Association put out a Facebook statement in response to the row insisting that

Once a particular act is deemed to be offensive to another, it is only good manners to refrain from, at the very least, repeating that act.

Follow that advice and we truly would be living in Jesus and Mo’s bar of silence.

Many have seen the UCL row as the latest expression of Muslims with thin skins. In fact, it’s not just Muslims that cry ‘Offence!’ at the merest sniff of a chance.  In a week in which Labour MP Diane Abbott was forced to apologise (and nearly lost her shadow ministerial post) after an innocuous tweet sent conservatives into a fake lather condemning her ‘racism’, and demanding her sacking, and in which David Cameron was hauled over the coals for suggesting that shadow chancellor Ed Balls was acting as if suffering from Tourette’s syndrome, it is clear that Muslims are not alone in possessing a thin skin, or pretending to. As I wrote last month:

Outrage these days has become almost a means of defining oneself, of marking out one’s identity. I know who I am because I am outraged by this, you know who you are because you are outraged by that. Muslims, Christians, atheists, liberals, conservatives –  for every group outrage has become an expression of self-definition. The mark of identity is the possession of a thin skin.

And what was the image that caused so much concern at UCL? Here it is: 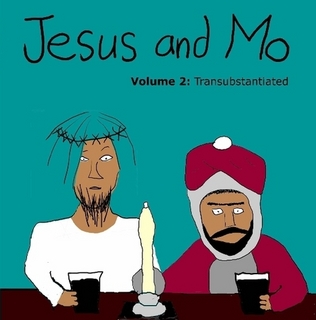