I took part in a meeting in Geneva last week convened by the UN to help advise the Special Rapporteur for Cultural Rights on a report she is presenting next year on artistic freedom of expression. The UN’s record on free speech has, particularly in recent years, been abysmal, so it was a useful and fascinating discussion, illuminating many of the contemporary faultlines of free speech. All the participants, activists from around the world, were free speech advocates. The issues that have caused much concern in recent years – that of blasphemy and the ‘defamation of religion’ – created little debate here. There was unanimous acceptance that neither should be reason for censorship.  There were, however, serious differences between those who, as one participant put it, ‘take the human rights approach and those who adopt the First Amendment approach’. He himself, a representative of a free speech NGO, adopted, in his words, ‘a human rights approach that balanced rights against each other’ and so ‘rejected the First Amendment view of free speech’.

There were two areas in which this distinction became perhaps clearest.  The first was around the question of the limits we should accept on free expression. In the wake of the controversy over attempts to outlaw ‘defamation of religion’, the Office of the United Nations High Commissioner for Human Rights (OHCHR) convened a series of ‘expert workshops’ to address the question of limits to free speech. The process culminated in a conference in Rabat in October this year, that called for the repeal of blasphemy laws but affirmed Article 20 of the International Covenant of Civil and Political Rights (ICCPR) that any advocacy of, or incitement to, ‘national, racial or religious hatred’ or of ‘discrimination, hostility or violence’ should be ‘prohibited by law’ as should any ‘propaganda for war’. It affirmed, too, Article 19 of the ICCPR that allows for censorship for ‘the protection of national security or of public order, or of public health or morals’.

In these limitations are expressed many of the key distinctions between the two approaches to free speech. For what is being demanded here is the prohibition of ideas, many of which may be unpalatable or repugnant, but which, from a First Amendment perspective, should not be cause for legal restrictions. The insistence that, say, incitement to discrimination be banned is, in my eyes, barely an advance on the demand that ‘defamation of religion’ be outlawed. Many people may disagree with discriminatory policies or practices. But advocacy of such policies and practices is a legitimate political stance. Indeed, from immigration controls to differential group rights, modern societies are built on such policies and practices.

Incitement to hatred may not be legitimate in the same way and is morally repugnant.  That, nevertheless, should provide no reason for legal prohibition. From the perspective of the First Amendment the distinction between that which is morally repugnant and that which is legally impermissible is crucial. The law should not criminalise abhorrent or hateful speech, only speech that directly incites violence. From the human rights perspective, however, and from that of the UN, the distinction between the morally abhorrent and the legally impermissible is far more blurred. 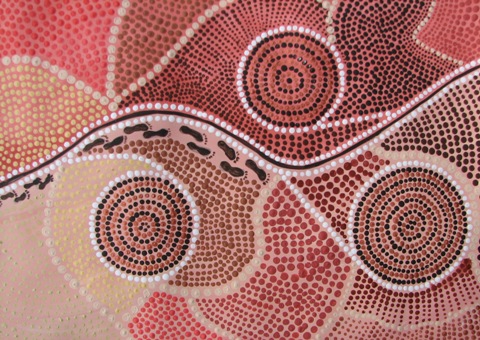 The second area where the distinction between these two approaches became most manifest was in the debate about the right of social and cultural groups to control intellectual property. The UN has long advocated that indigenous communities should ‘retain permanent control over all elements of its own heritage’, heritage being defined as ‘all of those things which international law regards as the creative production of human thought and craftsmanship, such as songs, stories, scientific knowledge and artworks’. The UNESCO Convention for the Safeguarding of the Intangible Cultural Heritage envisioned the creation of state folklore protection boards that would ‘register works and authorise their use’ and could intervene if native art was used in ‘culturally inappropriate contexts’. The World Intellectual Property Organization is developing a protocol for groups, particularly indigenous groups, to own property rights to traditional knowledge and cultural expressions, if that knowledge or those expressions ‘have some linkage with a community’s cultural and social identity and cultural heritage’ and are ‘authentically’ of that community. The aim is to prevent, without the ‘free, prior and informed consent’ of the ‘relevant community’, the ‘misappropriation’ of such heritage, including ‘the reproduction, publication, adaptation, broadcasting, public performance, communication to the public, distribution, rental, making available to the public and fixation (including by still photography) of the traditional cultural expressions/expressions of folklore or derivatives thereof’.

Expressed in all these reports, conventions and protocols is the classic Romantic view of culture and knowledge: knowledge as culturally bound; culture as a bounded entity; an organic view of social cohesion; the significance of identity to the survival of a culture and a people. It is a view that fundamentally misunderstands the character both of culture and of knowledge and one that is inimical to free expression. Culture is not fixed and immutable, but constantly growing, developing, transforming, and doing so in relation to other cultures and forms. Knowledge cannot be confined to particular cultures, nor can particular cultures decide how any forms of knowledge may be appropriated or used. It is no more plausible to suggest, for instance, that Native American groups have the right to determine how their particular creation stories may be used than it is to suggest that Jamaicans can decide who can play reggae or the English determine how Shakespeare will be staged.

The notion of a ‘relevant community’, and of ‘authentic’ belonging, is both illusory and dangerous. Communities are not homogenous entities but cut with conflicts, many of them over what constitutes identity and heritage.  A ‘relevant community’ can only be constituted through a circular argument. Some Native Americans, for instance, view their creation stories as central to their history, heritage and identity. Others reject the significance of such stories and understand their identities differently. The trouble is, only those who regard creation stories as central to their identities  are viewed as members of that ‘relevant community’, while those that reject that notion are regarded as standing outside of that community. Much the same argument has been used to suggest, for instance, that the critics of The Satanic Verses are ‘authentically’ of the Muslim community, while Salman Rushdie is not, or that critics of Behzti are authentically of the Sikh community while Gurpreet Kaur Bhatti is not.

Most importantly, this approach has troubling implications for free speech. The resurgence of a Romantic view of culture, as I have written before,

poses a real menace to the free flow of knowledge and threatens to corral it into intellectual Bantustans. The ideas of free speech and open debate become meaningless if we fail to defend a universalist concept of knowledge.

For many human rights advocates, the right to free speech must be balanced against other rights, including the rights of indigenous to their cultures and traditions. For advocates of the First Amendment approach there are no such rights, and the interests of everyone, including indigenous peoples, are best served by greatest extension of speech, and the fullest flow of knowledge.

Few human rights advocates would deny, of course, the importance of free speech. Most defenders of the First Amendment strongly believe in the idea of basic rights. Yet there are important differences in the two approaches that get to heart of how we think not simply of free speech but also of broader issues, such as rights and democracy.  That is why the division between the ‘First Amendment view’ of free speech and the ‘human rights approach’ is becoming increasingly important, and increasingly apparent. It is time we openly and robustly debate the differences.