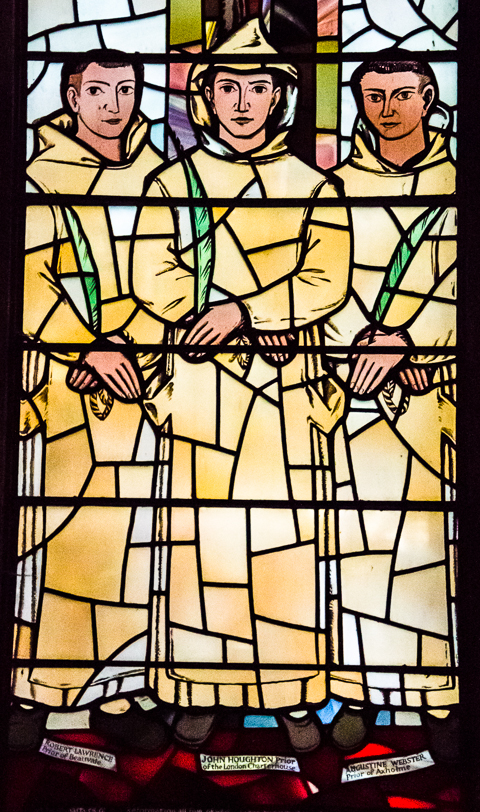 The most historic church in London. It is a big claim to make; after all, historic churches are to London almost as skyscrapers are to New York. And particularly so since it is a claim about a church of which I had never even heard, let alone visited, until last month. Yet the very fabric of St Etheldreda’s Church in Ely Place is soaked through with political and ecclesiastical history.  It is the oldest Catholic building in England (though some insist that the Church of Saints Leonard and Mary in Malton, North Yorkshire, holds that honour), and one of only two surviving buildings in London dating from the reign of Edward I. It is also an architectural gem, suffused with grace and light, and echoing with almost a millennium of faith, blood and struggle.

Ely Place lies at the far end of Holborn, close to Farringdon, and not far from Smithfield’s Market. It is these days an anonymous, mainly commercial, area, littered with lawyers, accountants and insurance brokers, and yet so resonant with historical and literary allusions. It is mentioned in two of Shakespeare’s plays, Richard II and Richard III. On one side of Ely Place lies Saffron Hill, the site of Fagin’s lair and of Bill Sikes’s local, The Three Cripples, in Oliver Twist. In Dickens’ words:

In its filthy shops are exposed for sale huge bunches of second-hand silk handkerchiefs, of all sizes and patterns; for here reside the traders who purchase them from pickpockets. Hundreds of these handkerchiefs hang dangling from pegs outside the windows or flaunting from the door-posts; and the shelves, within, are piled with them… It is a commercial colony of itself: the emporium of petty larceny: visited at early morning, and setting-in of dusk, by silent merchants, who traffic in dark back-parlours, and who go as strangely as they come.

On the other side of Ely Place lies Hatton Gardens, best known today as London’s jewelry quarter and the centre of Britain’s diamond trade. It is named after Sir Christopher Hatton, Elizabeth 1’s favourite courtier, who played an important role in the history of St Etheldreda’s.

Etheldreda was a Saxon princess who founded Ely Cathedral in Cambridgeshire. The present day church of St Etheldreda is the surviving chapel of the London palace of the Bishops of Ely. The Bishops ruled over a commercially important diocese at the heart of the wool trade.  Wealth provided them with political influence, a succession of Bishops managing the civil and financial affairs of successive kings. They built their palace on Ely Place as a monument to their power and influence, and as a place to rest, entertain and worship while in London. 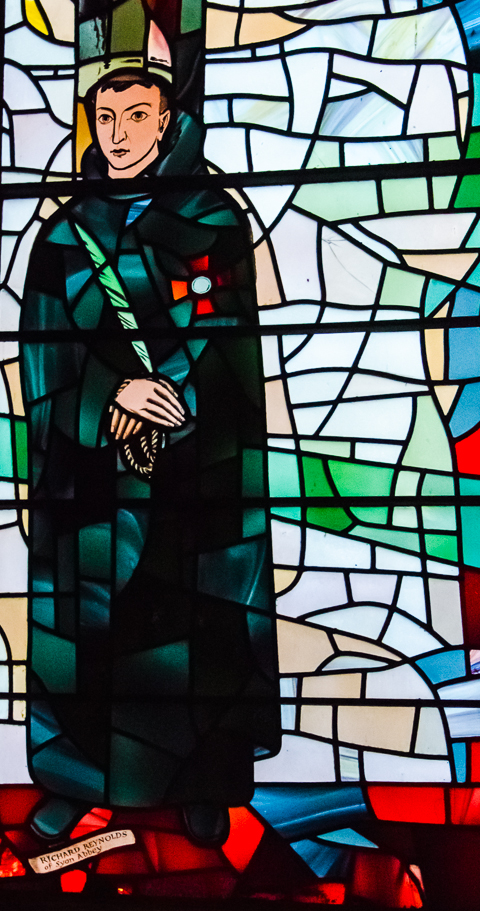 The Reformation was a turning point in the fortunes both of the Bishops of Ely and of their London palace. The refusal of many Catholic clergy  to acknowledge Henry VIII as head of the Church of England led to hundreds being imprisoned, and dozens executed in a most gruesome fashion, burnt to death at Tyburn. This is St Etheldreda Church’s own description of the executions:

The monks were bound to wicker hurdles and dragged from the Tower of London to Tyburn Gallows for execution, still wearing their religious habits, something previously unheard of in England. The monks had been sentenced to a traitor’s death. They were made to stand in a cart, which, when driven away, left them hanging until half dead, and then cut down whilst still alive – their hearts and intestines were torn out and burned in front of them; then their bodies were beheaded and quartered.

The then Bishop of Ely, Bishop West, was spared this hideous end because he died before he was forced to face Henry VIII’s fury. Statues of the English martyrs adorn the walls of the church, while the great West window tells the story of their martyrdom. 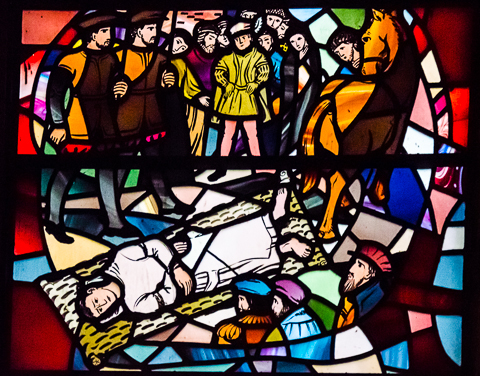 Catholic services were outlawed by Henry VIII, and the chapel, though still overseen by the Bishops of Ely, was turned over to Anglican worship. Then in 1576, under pressure from Elizabeth I, the Bishop of Ely was forced to lease a large portion of the house and lands surrounding the chapel to Christopher Hatton, supposedly for an annual rent of £10, ten loads of hay and one red rose.  In 1620, after Hatton’s death, the church was given to the Spanish ambassador, Count Gondomar, to use as a private chapel. It was considered now to be Spanish soil and Catholic worship, still illegal in England, was allowed in the church. Twenty years later, the church and surrounding palace was requisitioned by Parliament for use as a prison and hospital during the Civil War. Oliver Cromwell subsequently demolished most of the palace and destroyed the gardens.

Not till 1836 was Ely Chapel was reopened as a place of worship, again for Anglicans. It was eventually bought back by the Roman Catholic Church in 1873 for the sum £5,400. In 1878, after five years’ restoration work, a Catholic Mass was celebrated in St Ethelreda’s for the first time in more than two centuries.

Today, the chapel is barely visible from the street – it really is a hidden gem. Inside it is quite glorious, not least because of the two great stained glass windows. The West Window, created in 1964, and depicting the martyrdom of three Carthusian priors under Henry VIII, is reputedly the largest stained glass window in London. Both the window and the church are quietly and movingly beautiful, even, or perhaps especially, for an atheist.