This is an interview, about what CLR James means to me, that I gave to the BBC History Magazine, for its ‘My History Hero slot’. It is published in the June issue of the magazine. For more discussion of CLR James and his significance, see my essay ‘CLR James, Frantz Fanon and the meaning of liberation’. 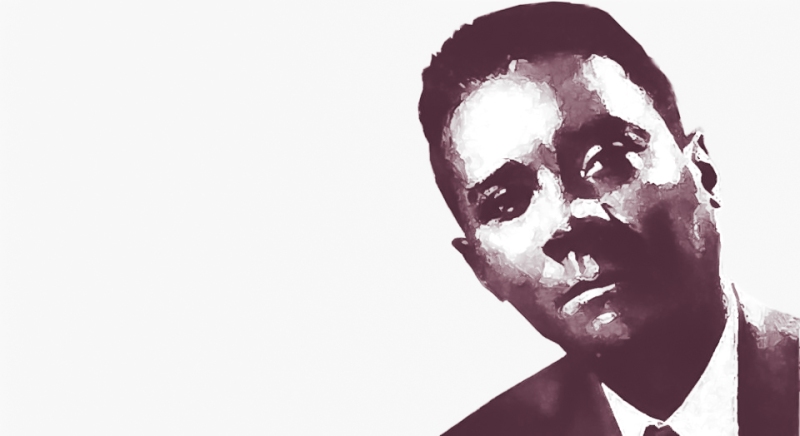 When did you first hear about CLR James?

In my teens. The experience of racism, and the struggle against it, introduced me to politics. Politics allowed me to move beyond the narrow confines of race, introducing me to a wider world of ideas and concepts, and no writer was more valuable to me than James. What drew me to him (and still does) was how he combined a fierce commitment to social justice and transformation with an insatiable intellectual curiosity and unquenchable cosmopolitanism.

What kind of person was he?

James was one of those towering figures of the 20th century who is all too rarely recognised as such. Novelist and orator, philosopher and cricketer, historian and revolutionary, Pan-Africanist and Trotskyist – few modern figures can match his intellectual depth, cultural breadth or sheer political contrariness. He was a lifelong Marxist, yet had a fierce independence of mind that expressed itself both in his rejection of conventional Marxist arguments and in his refusal to repent of his politics, even when it became fashionable to do so. He was an icon of black liberation struggles, yet someone whose politics was steeped in a love of Western literature, and a man whose affection for cricket was matched only by his love for Shakespeare. Above all, James was a humanist who never lost his faith in the transformative power of collective human action.

What made him a hero?

Many of the traits I have just described but, perhaps most of all, his trust in ordinary people to do extraordinary things – ‘Every Cook Can Govern’, as he put it in his essay about Athenian democracy.

What was his finest hour?

James’s greatest work is The Black Jacobins (1938), the story of the Haitian revolution and of its tragically flawed leader Toussaint L’Ouverture. It’s a book that helped transform the writing of history – and history itself. Decades before historians such as Christopher Hill and EP Thompson began producing ‘history from below’, James told of how the slaves of Haiti had not been passive victims of their oppression but active agents in their own emancipation. In telling that story, he inspired a new generation of Toussaint L’Ouvertures, leaders of the new anti-colonial struggles.

His other masterpiece is Beyond a Boundary (1963). It’s a book about cricket, but one that transcends literary, sporting and political boundaries. Its most famous line – ‘what do they know of cricket who only cricket know?’ – is adapted from Kipling: ‘What should they know of England who only England know?’ Typically, James took a lament for empire and turned it into an aphorism about the consciousness necessary for liberation from empire.

Is there anything you don’t particularly admire about James?

His strength was often his weakness too. Much of what James wrote in the 1930s and 1940s, in works such as World Revolution, reeks of naivety and romantic illusions. And yet today, in an age of cynicism and disillusionment, there is still much to be said for James’ vision.

Can you see any parallels between James’ life and yours?

If only! I would like, though, to think I possess something of his independence of mind, his sense of social justice, his commitment to social struggle and his attachment to the cooks who can govern.

If you could meet James what would you ask him?

Where does he think today’s Toussaint L’Ouvertures are to be found? Oh, and what does he think about Kevin Pietersen’s sacking from the England cricket team?