A few years ago, I was a guest on Start the Week, a BBC radio discussion show. Among the other guests was the novelist Eva Figes, a Jewish refugee from Nazi Germany and a fierce critic of Israel. Israel, she suggested, would have built gas chambers to exterminate the Palestinians but for the fear it would ‘be found out’.

What astonished me was not simply Ms Figes’ comment itself, but the fact that I was the only one who challenged her on it. The other guests may well have felt that a Holocaust survivor had some special license to speak harshly about Israel; I certainly don’t see them as anti-Semitic. But in suggesting without a speck of evidence that Israelis had a desire to build gas chambers, Ms Figes had, for me, given the history of the Holocaust, crossed a line. The incident revealed how many anti-Semitic ideas have become such an acceptable part of the liberal view on Israel that they are barely seen as such anymore. They have become almost invisible.

I was reminded of that discussion as the question of anti-Semitism has returned to Europe — often disguised as anger against Israel’s assault on Gaza. Synagogues have been attacked, Jewish-owned shops smashed, Jews beaten up. In Britain this week, one London branch of a national supermarket cleared its shelves of kosher food after anti-Israel protests. At pro-Palestinian demonstrations, placards comparing Israelis to Nazis have become common. There have even, reportedly, been chants of ‘gas the Jews’ at demonstrations in Germany.

What has been striking has not been so much the expression by some of anti-Semitic sentiments as the reluctance of others to challenge them. As with that Start the Week discussion, the bigotry has become almost invisible. It is not that hatred of Jews has become respectable – it hasn’t. But the culture that can give rise to such hatred is all too often ignored.

Today’s anti-Semitism in Europe is more than a replay of old themes; it is also the product of new developments. One is the growth of Muslim communities, or rather, their transformation. In the 1970s and 1980s, Muslim communities in Europe were broadly secular. Since the late 1980s, though, secular movements have been marginalized, while religious fervour has grown. Support for the Palestinian cause has always been strong, but only recently has a fervent anti-Semitism become entrenched.

It might be convenient for some to simply blame the growth of reactionary tendencies within Muslim communities for the new anti-Semitism, but the truth is more complicated. A 2008 survey by the Pew Global Attitudes Project showed that hostility to Jews had increased in most European nations. In Britain, Muslims make up 4.6 percent of the population; in France, 7.5 percent. The proportion of people who possessed unfavorable views of Jews in those countries was, respectively, 9 percent and 20 percent. But in Spain, where just 2.3 percent of the population is Muslim, almost half the population was ill disposed toward Jews, a figure that had more than doubled in three years. In Poland, there are just 20,000 Muslims, or about 0.1 percent of the population; more than a third of Poles held anti-Semitic views. There is, in other words,  no clear correlation in Europe between the level of popular anti-Semitism and the size of the Muslim population. It is, in fact, in those countries with fewer Muslims that anti-Semitism seems most prevalent.

One explanation for this is that many of the drivers of change within Muslim communities that have paved the way for greater hostility toward Jews have had an equally corrosive effect on public opinion at large. The rise of identity politics has helped create a more fragmented, tribal society, and made sectarian hatred more acceptable generally. At the same time, the emergence of ‘anti-politics’, the growing contempt for mainstream politics and politicians noticeable throughout Europe, has laid the groundwork for a melding of radicalism and bigotry. Many perceive a world out of control and driven by malign forces; conspiracy theories, once confined to the fringes of politics, have become mainstream. 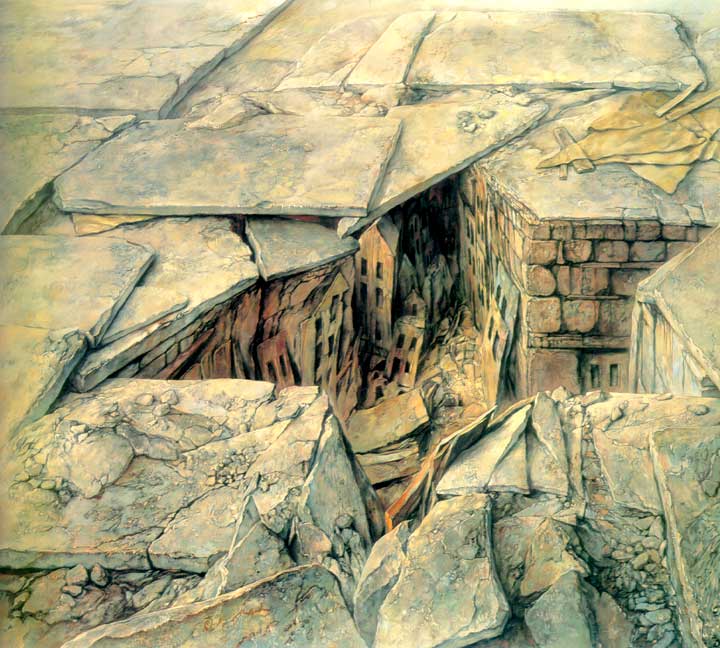 Anti-Semitism has become a catchall sentiment for many different groups of angry people. The distinction between anti-Zionism and anti-Semitism has eroded, as many see Israeli action in terms of grand conspiracies. Thus someone can imagine that Israel would build gas chambers on the West Bank if it could get away with it.

Perhaps in no country are the corrosive effects more visible than in France. And perhaps no figure better represents the character of the new anti-Semitism than the stand-up comic Dieudonné M’Bala M’Bala, notorious for popularizing the ‘quenelle’, a hand gesture that, for some, is an expression of hatred for the system, and for others, an anti-Semitic taunt. In reality it is both, and Dieudonné’s success rests on his ability to merge the two.

Dieudonné began his career as a relatively mainstream, satirical observer of French society, and in particular of its racial mores. Over the past decade he has become increasingly obsessed by Jews, whom Dieudonné blames much of the torment of black people, not least because, in his mind, obsession with the Holocaust has diverted attention from black suffering. Dieudonné’s ‘anti-racism’ has not stopped him flirting with the far-right Front National. He has also teamed up with Alain Soral, a politician who has moved from the Communist Party to the Front National. In 2009, Dieudonné and Sorel set up the Parti antisioniste (Anti-Zionist party). Dieudonné’s popularity shows how ‘anti-system’ anger and anti-Semitic sentiment can become all too easily fused.

If the new political landscape has nourished a new anti-Semitism, it has also helped distort the struggle against anti-Jewish prejudice. The Pew survey showed not just that anti-Semitism had increased throughout Europe, but also that the ‘publics that view Jews unfavorably also tend to see Muslims in a negative light’. The caustic fusion of xenophobia, conspiracy theory, identity politics and anti-politics that has nurtured the new anti-Semitism has also cultivated hostility to Muslims. The Pew report found that in every country surveyed, ‘Opinions about Muslims in almost all of these countries are considerably more negative than are views of Jews’.

Against this background, what is troubling is that many who rightly challenge anti-Semitism do so in a way that fuels anti-Muslim prejudice. Many commentators talk of anti-Semitism as an almost wholly Muslim problem, and have used the growth of anti-Semitism to question the wisdom of allowing Muslim immigration to Europe. Others suggest that Muslim support for Palestine shows that Muslims cannot be truly integrated into Western societies. The irony is that such arguments only entrench further hostility toward ‘the other’, and so inflame not just anti-Muslim but anti-Jewish sentiment, too.

The paintings are ‘Die Nacht’ by Max Beckmann and ‘The Ghetto of Jewish History’ by Samuel Bak.