‘The problem of evil’, Hannah Arendt wrote in 1945, ‘will be the fundamental question of postwar intellectual life in Europe.’

The historical and moral significance of contemporary jihadism is miniscule when compared to that of the Holocaust and the Final Solution. And yet jihadism has raised again the question of evil. Not evil in the sense of genocide but as expressed through acts of barbarity so inhuman that they are difficult to comprehend.

The barbarism of Islamic State, in particular, has drawn commentators to speak of ‘evil’. How else, many ask, to explain people who seem to revel in such cruelty and barbarism, casually shooting dead tourists on a beach, throwing gays off towers and staging mass beheadings as a public spectacle?

Secularists are often uncomfortable with the notion of evil and its religious connotations. And, yet, many now look to the concept to describe the seemingly inexplicable. ‘We must not be afraid to name it for what it truly is’, as Jonathan Freedland put it recently in the Guardian.

The paradox of IS is that the more brutal and inhuman it becomes, the more it appears to attract support. And many of those whom it recruits appear to be not psychopaths but shockingly ordinary. Students, mothers, doctors, teachers. How is it possible for such people to cheer beheadings or mass killings, and indeed to take part?

‘The sad truth’, Arendt wrote, ‘is that most evil is done by people who never make up their minds to be good or evil’. Marc Sageman, once a CIA case officer in Afghanistan, now a forensic psychologist and political sociologist and a counter-terrorism consultant to the US and other governments, makes a similar point about today’s jihadis. ‘It’s comforting to believe that these guys are different from us, because what they do is so evil’, he argues. ‘Unfortunately, they aren’t that different.’

But jihadists are different. They are, after all, jihadis. To understand how people ‘who aren’t that different’ from you and me are nevertheless so different that they are able to commit the most brutal of mass murders, we need to think again about what we mean by ‘evil’. It is important that we mark the sheer inhumanity of jihadi acts. It is equally important, though, not to dismiss them as ‘inexplicable’, or to view evil as just an eternal part of human nature.

When we talk of an act as ‘evil’ we are not merely describing something particularly abhorrent or inhuman. We are making a claim about the boundaries of morality itself, trying to delineate the space within which it is possible to have a debate we can meaningfully define as about morality. Some people, for instance, view torture as always wrong; others think it acceptable to torture a terrorist to obtain vital information. Each side in the debate may view the other as immoral. Yet they are likely to agree that both are debating questions of right and wrong in a meaningful way.

If someone were to say, however, that ‘Torturing people is an unalloyed good’, few would see him as making a moral argument at all. He would be outside the defined boundaries of the moral landscape. And most people would call such a claim ‘evil’.

Evil, in other words, is not simply about defining an act as being particularly wicked. It is also about defining the space within which we can have a meaningful debate about good and bad, virtue and wickedness.

What makes the actions of IS appear so inexplicable is that they seem to take place beyond the moral universe most of us inhabit. Jihadists can only act as they do because they have crossed the normal boundaries of morality. The question we need to ask then, is what is it that leads people ‘who aren’t that different’ beyond those boundaries?

For some the answer lies with Islam itself. ‘There’s a global jihad lurking within this religion’, the Canadian journalist Mark Steyn insists. Islam is ‘a bloodthirsty faith in which whatever’s your bag violence-wise can almost certainly be justified.’

Others have resisted the idea that jihadism is driven by Islam. David Cameron, in an interview on Radio 4’s Today programme in the wake of the slaughter of tourists on Sousse beach in Tunisia, condemned those who call Islamic State ‘Islamic State’. It is ‘not an Islamic State’, he claimed because ‘Islam is a religious of peace’.

Neither argument possesses credibility. A religion is defined not just by its holy texts but also by the ways in which believers interpret and act upon them; that is, by its practices. The fact that supporters of IS practice their religion in a way that horrifies the British Prime Minister, and most liberals, and indeed, most Muslims, does not make it any less real or Islamic. Like it or not, Islamism is an integral part of the tapestry of contemporary Islam.

And yet, while the insistence that jihadism is disconnected from Islam makes little sense, the claim that Islam can explain why jihadis act so unconscionably is equally untenable. The vast majority of Muslims, after all, abhor the actions of IS, and would find their actions morally inexplicable. Nor is it just Islamists who are drawn into such acts. From Buddhist monks in Myanmar organizing pogroms against the Rohingya to Dylann Roof shooting dead nine worshippers at the Emanuel African church in Charleston, inhumanity is widespread in the non-Muslim world too.

The reasons that jihadists have been drawn into a different moral universe that allows them to justify, even celebrate, brutally inhuman acts cannot be reduced to simple explanations. We need, rather, to understand the ways in which notions of morality, identity and politics have been reshaped in recent years.

Politics, in the past, was shaped largely by attachment to particular ideologies. Today it is more often than not shaped by a sense of identity. Social solidarity has become increasingly defined not in political terms – as collective action in pursuit of certain political ideals – but in terms of ethnicity or culture. The answer to the question ‘In what kind of society do I want to live?’ has become shaped less by the kinds of values or institutions we want to establish, than by the group or tribe to which we imagine we belong.

Closely linked to this is a loss faith in progressive, humanist values. In this age of ideological exhaustion, utopian dreams have been swept away. Politics has become less about competing visions of the kinds of society people want than a debate about how best to manage the existing political system; it has been reduced to a question more of technocratic management rather than of social transformation. The result is a dessicated political sphere, with little to attract those who may feel disaffected from the mainstream, or to compete with the rich emotions evoked by religion.

The third important development is the transformation of anti-Western sentiment. Jihadists view themselves as warriors against Western imperialism. Yet, few in previous generations who called themselves ‘anti-imperialist’ would recognise jihadists as ideological kin.

There is a long history of popular struggles against colonialism and empire. While such movements often used violent means to pursue their ends, they were rarely ‘anti-Western’ in any existential sense. Rather they worked within a universalist moral framework that stressed freedom and emancipation for all humanity.

Over the past few decades that old anti-imperialist tradition has unraveled. Across the world, the organizations that led struggle for freedom from colonialism, or the ideologies that claimed to represent the identity of the free nation, have become senile or corrupted. The new opposition movements that have emerged often reject the universalist aspirations of previous generations, but are rooted in religious or ethnic identity, and are sectarian or separatist in form. 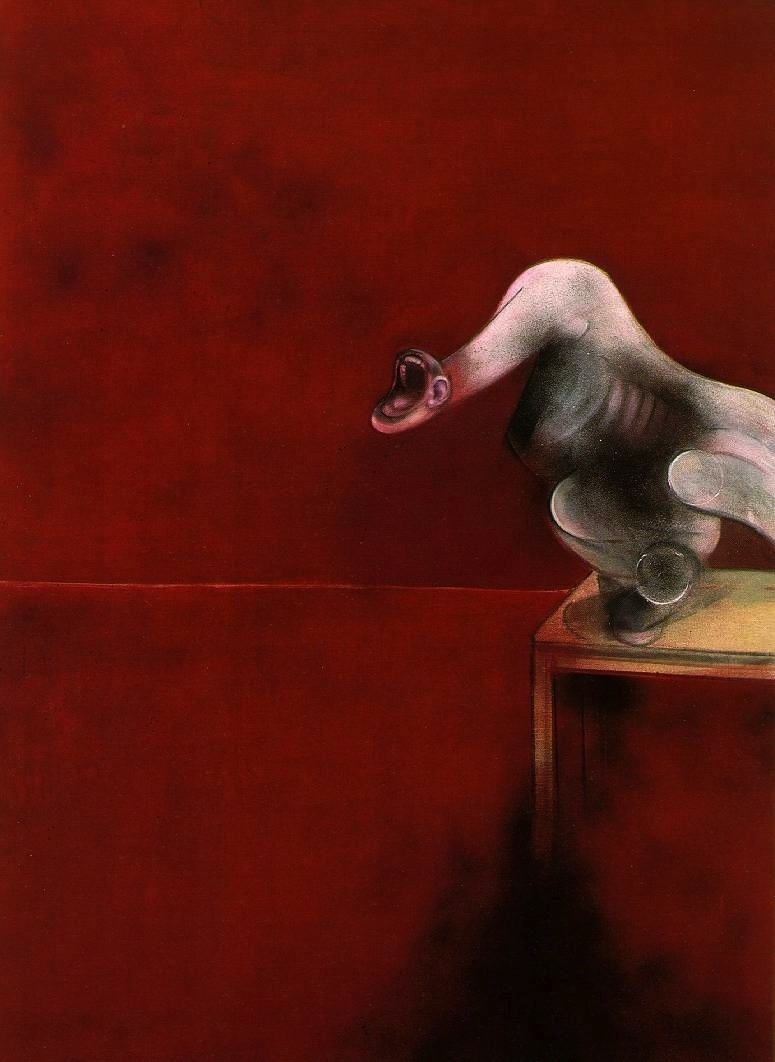 We live today in more tribal, atomized societies in which many people feel peculiarly disengaged from mainstream social institutions. There is a widespread yearning for identity, for meaning, for belongingness. But as the old social movements through which people used to express disaffection have disappeared, so people have increasingly understood their problems, and discovered meaning and identity, through ever-narrower lenses of culture and faith. Finding self-recognition within narrow identities has encouraged hostility to, even hatred of, those who wear other identities. Moral norms have increasingly become tribal rather than universal. Political struggle for a better world has given way to inchoate identity-driven rage.

This is the background to the ‘evil’ of contemporary jihadism, part of the reason that jihadists have come to inhabit a moral universe inexplicable to the rest of us. And not just of jihadists. When Dylann Roof shot dead nine black worshippers in a Charleston church, he was driven by a twisted moral vision shaped by a sense of identity and entitlement that had transmuted into hatred and rage.

Islamist identity is, however, distinctive. Because Islam is a global religion, so Islamists are able to create an identity that is both intensely parochial and seemingly universal, linking Muslims to struggles across the world and providing the illusion of being part of a global movement. Islamism, like all religiously-based ideologies, provides, too, the illusion of divine sanction for jihadists’ acts, however grotesque they may be.

Isolated from wider society, disembedded from social norms, shaped by black and white values which in their mind possess divine approval, driven by a sense of rage about non-Muslims and a belief in an existential struggle between Islam and the West, jihadis are able to commit the most inhuman of acts and to view them as acceptable, even righeous.

None of this is to ‘excuse’ jihadis, or their actions. It is, however, to suggest that ‘evil’ is neither inexplicable nor some eternal aspect of human nature, but very much the product of our times.

The paintings are, from top down, Salvador Dalí’s ‘The Face of War; Francisco Goya’s ‘Saturn Devouring His Son’; Zdzislaw Beksiński, ‘Untitled’: Third panel of Francis Bacon’s ‘Second Version of Triptych, 1944’.