My latest column for Al Jazeera English is about the British decision to extend airstrikes into Syria. It was published under the headline ‘Dropping more bombs on ISIL will not save Syria’.

Last week, the British Parliament voted to extend airstrikes against so-called Islamic State into Syria. The debate over whether British bombers should operate in Syria has been ferocious. One side condemns their opponents as ‘warmongers’ with blood on their hands; the other side smears critics of airstrikes as ‘sympathizers with terrorism’, a phrase reportedly used by Prime Minister David Cameron at a meeting of Tory backbenchers last week.

What is striking, though, is that, for all the ferocity of the debate, the decision to extend the scope of airstrikes will not signal a big change. British bombers already target IS targets in Iraq. American, French and Russian aircraft already operate in Syria. Allowing eight more British planes to bomb a few miles away from where they do so now will not make a whole heap of difference.

Unlike, say, the 2003 vote to invade Iraq, last week’s vote will not start a new war. But nor will it help defeat IS.

Operation Inherent Resolve, the US-led air campaign against IS, began in August 2014. Since then American planes alone have flown nearly 60,000 sorties, launched more than 8,000 airstrikes and hit more than 16000 targets in Iraq and Syria. Yet IS remains little weakened. The number of active IS fighters is today estimated at around 20,000 – 30,000 – the same as in 2014. IS has lost some territory, notably to the Kurds, but it has also advanced in that time, capturing the Syrian city of Palmyra, for instance, and routing the Iraqi army in Ramida, just 80 miles from Baghdad. If the intense, year-long US campaign has had such little impact, why would we expect a handful new British sorties to make any difference?

The Syrian debate has been more about symbolism than about military strategy, and fuelled more by domestic politics than by the Syrian conflict. For advocates of the policy, extending airstrikes is a means of demonstrating solidarity with France in the wake of the Paris attacks and of cementing Britain’s place in the ‘grand coalition’ against IS.

It is, however, a hollow solidarity that requires Britain simply to take whatever action France requests. Bombing Syria is not only unlikely to destroy IS, but is unlikely, either, to prevent another Paris-like attack. The masterminds of the Paris carnage came, after all, not from Raqqa but from Brussels.

The Syria debate has become also a focus for the infighting in the Labour Party. The election this summer of veteran leftwinger Jeremy Corbyn as party leader reopened old wounds between left and right. Both sides have used Syria as a means of settling scores. Many Shadow Cabinet ministers threatened to resign unless Corbyn allowed them to oppose party policy and vote with the government. Corbyn supporters are campaigning to deselect MPs who voted to extend airstrikes. In this tumult, it sometimes seems to be forgotten that the civil war that matters is the one in Syria, not in the Labour Party.

The debate about Syria has been more like displacement activity, a means of avoiding discussing the much more difficult issue of how to defeat IS. There is widespread agreement, even by supporters of airstrikes, that a bombing campaign alone will not dislodge IS. What is required, everyone agrees, are ‘boots on the ground’. Yet, few seem to understand why this is important.

The most successful group in combating IS have been the Kurds. This is not just because they have well-organized, battle-hardened fighters. It is also because of the nature of the Kurdish struggle itself. The Kurds have developed a deep commitment to self-determination honed through well established social movements, a flourishing civil society, and coherent political aims. The Kurds are winning, at least in part, because they see the struggle as theirs, and no one else’s. What success the US bombing has achieved, it has done so largely in tandem with the Kurds.

The situation in Syria is very different. The conflict in Syria began as a series of pro-democracy protests which soon developed into an uprising against the brutal rule of President Bashar al-Assad. But the sheer ferocity of Assad’s response, together with the interventions of foreign powers – from Russia to Iran, from Saudi Arabia to America – have helped fragment the opposition, creating the space for IS to exploit. 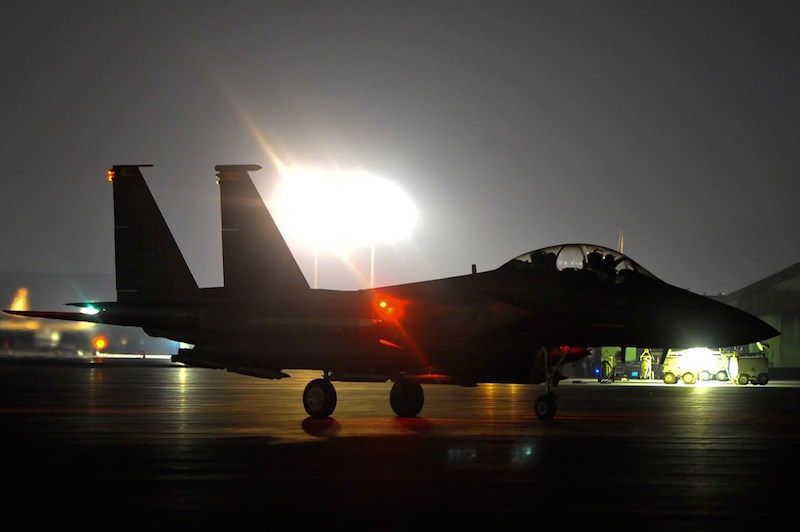 The current bombing campaign can only exacerbate the turmoil, further dislocating civil society, and making it still more difficult to create a powerful, Kurdish-style movement for self-determination and democratic change. It is striking how many ‘realist’ voices, including in Parliament last week, now urge Western powers to back Assad as the only reliable anti-IS force in the country – ignoring the fact that it was against Assad that the Syrian people first rose.

To see the incoherence of the British approach, consider the case of London teenager Silhan Özçelik. Earlier this year she travelled to Brussels in an attempt to join a Kurdish militia fighting IS in northern Syria. She was arrested by British police on her return from Brussels. And last month Özçelik was sentenced to 21 months imprisonment under the Terrorism Act. Why, one might ask, is it a moral imperative, as David Cameron insists it is, to fight IS by dropping munitions from the sky, but a criminal act to join those actually fighting IS on the ground? Perhaps nothing reveals the shallowness of the Western approach than the failure of the British authorities even to think about this question.