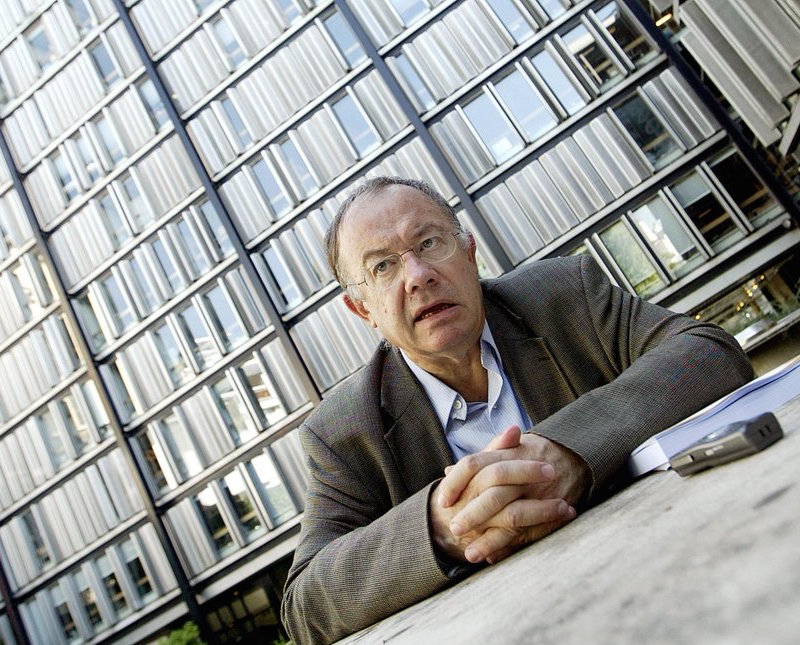 There are few academics who possess a more nuanced and cogent understanding of contemporary Islamism, jihadism and radicalization than the French sociologist Olivier Roy. Here are extracts from a lecture he gave last month at a conference organised by the Bundeskriminalamt (German federal police) on ‘International terrorism: How can prevention and repression keep pace?’ Roy’s lecture – which can be downloaded in full, together with all the other presentations, from the conference website – was entitled ‘What is the driving force behind jihadist terrorism? – A scientific perspective on the causes/circumstances of joining the scene’.

Roy begins by sifting through the available data to paint a ‘general portrait’ of European jihadis:

Can we draw a general portrait of an Islamist radical? Can we define the conditions and circumstances under which he or she may become radical? Are there sociological, psychological, cultural patterns that could be identified as characterizing the radical? To sum up the conclusions: Radicalisation is a youth revolt against society, articulated on an Islamic religious narrative of jihad. It is not the uprising of a Muslim community victim of poverty and racism: only young people join, including converts who did not share the ‘sufferings’ of Muslims in Europe. These rebels without a cause find in jihad a ‘noble’ and global cause, and are consequently instrumentalised by a radical organisation (Al Qaeda, ISIS), that has a strategic agenda…

Very few of them had a previous story of militancy, either political (pro-Palestinian movements) or religious (local mosques, Tabligh, Muslim Brothers or even mainstream Salafism). They almost never were pillars of a local Muslim congregation. Contrary to a widely shared belief, they never mobilized for Palestine and (almost) never spent some times with the Muslim Brothers. A consequence is that a monitoring of legal but militant groups, either political (pro Palestine) or religious (Muslim Brothers) does not yield much information…

Their radicalisation is not the consequence of a long-term ‘maturation’ either in a political movement (Palestine, extreme left, extreme right) or in an Islamic environment. It is on the contrary a relatively sudden individual jump into violence, often after trying something else…

The relationship between European jihadis and Islam is, Roy observes, complex:

The revolt is expressed in religious terms for two reasons:

– Most of the radicals have a Muslim background, which makes them open to a process of re-islamisation (almost none of them being pious before entering the process of radicalisation).

– Jihad is the only cause on the global market. If you kill in silence, it will be reported by the local newspaper; if you kill yelling ‘Allahuakbar’, you are sure to make the national headlines. The ultra- left or radical ecology is too ‘bourgeois’ and intellectual for them.

When they join jihad, they adopt the Salafi version of Islam, because Salafism is both simple to understand (don’ts and do’s), and rigid, providing a personal psychological structuring effect. Moreover, Salafism is the negation of cultural Islam, that is the Islam of their parents and of their roots. Instead of providing them with roots, Salafism glorifies their own deculturation and makes them feel better ‘Muslims’ than their parents. Salafism is the religion by definition of a disenfranchised youngster…

Incidentally, we should make a distinction between religious radicalisation and jihadist radicalisation. There is of course an overlap, but the bulk of the Salafists are not jihadist, and many jihadists don’t give a dam about theology. None of the radicals has a past of piety.

Most of them either broke with the Islam of their parents, or had no religious transmission from their parents (it may be because they are converts, or orphans, like the Kouachi brothers, or had non practicing parents).

Almost none followed a real process of religious education. Their religious knowledge is low (some brought with them ‘Islam for Dummies’). When they said that they were going to learn Islam in Pakistan or Yemen, it is just to appease their parents: in fact they go for jihad.

The relationship of European jihadis to Muslim communities is also not straightforward:

Radicals have a loose or no connection with Muslim communities in Europe… Investigators and journalists who immediately meet the family and the entourage of the attacker are told the same story: he was a quiet, nice boy (variation: he was just a petty delinquent), and he was not pious, drank alcohol, had girls etc, except that, recently his attitude has drastically changed…

Few of them were regular ‘parishers’ in a local mosque. None of them was active in religious activities (proselytism): when they preach Islam it is to recruit other radicals, not to spread the good news.

This explains why 1) the close monitoring of mosques brings little information 2) Imams have little or no influence on the process of radicalisation; 3) ‘reforming Islam’ does not make sense: they just don’t care about ‘what Islam really means’.

What they are not:

– There is no theological dimension. Their knowledge of Islam is minimum (‘Islam for the Dummies’) and they don’t care, although the religious myth plays an emotional role. We tend too much to identify religion with theology (what does Islam say about jihad?); while there is certainly an important religious dimension in the way they experience their struggle, it is not an ideological rationalisation of Islamic theology. ‘Religiosity’ not theology is the key.

– They are not the vanguard of a European (or Middle Eastern) Muslim community that would tend to see them as heroes. On the contrary they have little connection with this community, they broke with their family (the fact that they desperately try to ‘convert’ their family shows their degree of estrangement, not of proximity), and they did not arouse fascination except of course among their peers. They don’t even reconnect with a real Muslim local society in Syria or Yemen. 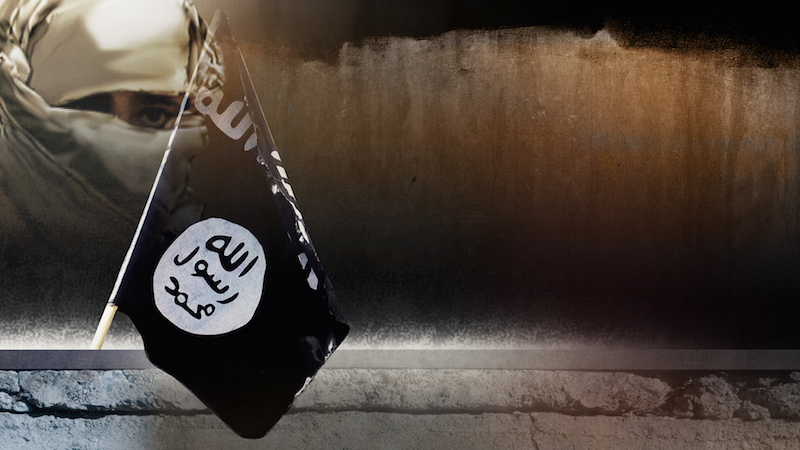 Roy’s argument is similar to one I developed in a lecture I gave at the University of Michigan on ‘The Making of European Jihadis’ (there is a shorter version of much the same argument in a new essay I have written for Foreign Affairs) :

The conventional radicalization narrative consists broadly of four elements: First, the claim that people become terrorists because they acquire certain, usually religiously informed, extremist ideas. Second, that these ideas are acquired in a different way to the way people acquire other extremist or oppositional ideas, such as , say, Marxism or anarchism, or mainstream ideas such as conservatism or liberalism Third, that there is a ‘conveyor belt’ that leads from grievance or personal crisis to religiosity to the adoption of radical beliefs to terrorism And, fourth, the insistence that what makes people vulnerable to acquiring such ideas is that they are poorly integrated into society.

There is, however, little evidence in support of any of these four elements of radicalization, and considerable evidence to suggest that all are untrue.

So why are some in Europe drawn to jihadism?

Those drawn to groups such as Islamic State are certainly both politically enraged about Western imperialism and have a very particular view of Islam. Religion and politics both form indispensible threads to their stories. And, yet, the ‘radicalization’ argument, whether stressing push or pull factors, whether prioritising religion or politics, looks upon the jihadists’ journey back to front. It begins with the jihadists as they are at the end of their journey – enraged about the West, with a back and white view of Islam, and a distorted moral vision – and assumes that those are the reasons that they have come to be as they are. But if we look at the stories of wannabe jihadis, the first steps on their journeys to Syria are rarely taken for political or religious reasons.

What drew the likes of Ifthekar Jaman, Sahra Ali Mehenni and Kreshnik Berisha to Syria was, to begin with at least, neither politics nor religion. Rather it was a search for something a lot less definable: for identity, for meaning, for belongingness, for respect. Insofar as they are alienated, theirs is a much more existential form of alienation.

There is, of course, nothing new in expressions of alienation and angst. The youthful search for identity and meaning is almost a cliché. What is different today is the social context in which such alienation and such a search occurs. We live in a far more atomized society than in the past; in an age in which there is a growing sense of social disintegration and in which many people feel peculiarly disengaged from mainstream social institutions; and, in which, for many, moral lines seem blurred, identities distended, and conventional culture, ideas and norms detached from their experiences.

The real starting point for the making of a homegrown jihadi is not ‘radicalization’ but social disengagement, a sense of estrangement from, resentment of, Western society. It is because they have already rejected mainstream culture, ideas and norms that some Muslims search for an alternative vision of the world. It is not surprising that many wannabe jihadis are either converts to Islam, or Muslims who discovered their faith only relatively late. In both cases, disenchantment with what else is on offer has led them to the black and white moral code that is Islamism. It is not, in other words, a question of being ‘groomed’ or ‘indoctrinated’ but of losing faith in mainstream moral frameworks and searching for an alternative.

And, like Roy, I also suggest that the relationship between European jihadis and Islam is not as straightforward as many assume:

While the social and political changes of which I have spoken – the fragmentation of society, the erosion of trust in mainstream institutions, the breakdown of old social mechanisms, the retreat of the left, the rise of identity politics, and so on – have shaped the ways in which many social groups look upon themselves , there is, at the same time, something highly distinctive about the identity in which Islamist cloak themselves.

For a start, Islam is a global religion. It allows Islamist identity to be both intensely parochial and seemingly universal, linking Muslims to struggles across the world, from Afghanistan to Chechnya to Palestine, and providing the illusion of being part of a global movement. Islamism provides also the illusion of a struggle for a better world. In an age in which traditional anti-imperialist movements have faded, and belief in an alternative to capitalism dissolved, Islamism seems to provide the possibility of both an alternative to capitalist society and of a struggle against an immoral system.

And yet, most homegrown wannabe jihadis possess a peculiar relationship with Islam. They are, in many ways, as estranged from Muslim communities as they are from wider Western society. Most detest the mores and traditions of their parents, have little time for mainstream forms of Islam, and cut themselves off from traditional community institutions…

What Islamism provides to the likes of Ifthekar Jaman and Sahra Ali Mehenni and Kreshnik Berisha is not religion in any old-fashioned sense, but identity, recognition and meaning. Detached from traditional religious institutions and cultures, many adopt a literal reading of the Qur’an and a strict observance of supposedly authentic religious norms to mark themselves out as distinct and provide a collective identity. Disembedded from social norms, finding their identity within a small group, shaped by black and white ideas and values, driven by a sense that they must act on behalf of all Muslims and in opposition to all enemies of Islam, it becomes easier to commit acts of horror and to view such acts as part of an existential struggle between Islam and the West.