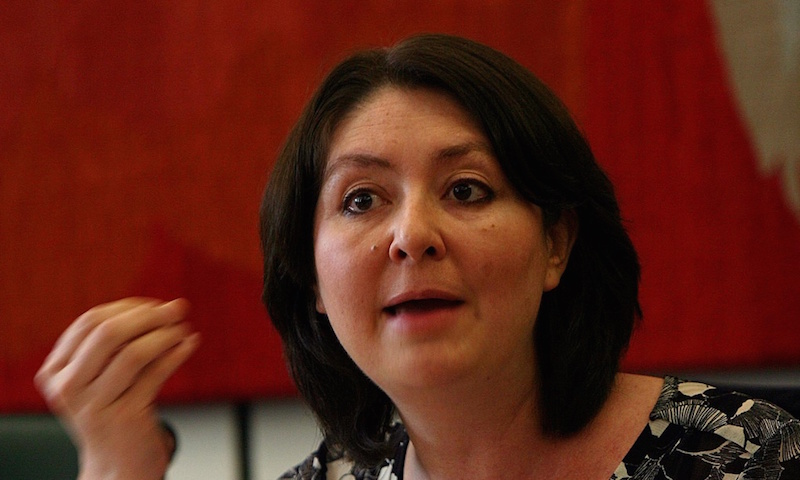 This is the full version of my last column for the International New York Times on Maryam Namazie, Donald Trump and censorship, originally published on 21 December 2015.

Donald J Trump and Maryam Namazie are divided by more than the width of the Atlantic. One is a reactionary, with bigoted ideas seemingly about everyone from Mexicans to Muslims. He is also currently a leading candidate to be the next president of the United States. The other is an Iranian feminist, living in exile in Britain, a fierce critic of Islamism and a defender of equal rights.

What links them is that there are many people in Britain who do not wish to let one or the other speak. Mr Trump’s recent call for ‘a total and complete shutdown of Muslims entering the United States’ caused outrage across the world. More than half a million Britons signed a petition to Parliament demanding that he be barred from Britain, a demand that has been backed by senior political figures.

The furor over Ms Namazie’s views has caused fewer ripples, but is no less significant. Ms Namazie is a founding member of the Council of Ex-Muslims of Britain, an organization that campaigns on behalf of those facing hostility for renouncing their Islamic faith, or ‘apostasy’.

In the strange world of contemporary radicalism, however, many look upon Ms Namazie almost as they regard Mr Trump: as an ‘Islamophobe’. Student groups at several universities, including the University of Warwick and Trinity College Dublin, have attempted to stop her from speaking on campus.

Last month, the Islamic Society at Goldsmith’s College, part of the University of London, objected to Ms Namazie’s speaking there on the grounds that it would be a ‘violation of our safe space’, creating ‘a climate of hatred and bigotry towards Muslim students’. When the meeting went ahead, members of the Islamic Society attempted to disrupt Ms Namazie’s talk, and were accused of making death threats. The college’s Feminist and LGBT Societies expressed their solidarity — not with Ms Namazie, but with the Islamic Society, claiming that ‘hosting known Islamophobes at our university creates a climate of hatred’.

All this reveals the odd relationship that many on the left have with Islam. They view all Muslims as helpless victims, and regard any criticism of Islam as a form of bigotry. A columnist for the Guardian, David Shariatmadari, called the attempt at Warwick to muzzle Ms. Namazie ‘reasonable’ because ‘we don’t want to have any part in the further stigmatisation of Islam’. Some academics disdainfully dismiss liberal Muslim critics of Islam as ‘native informants’ — defined by one academic as ‘insiders’ who ‘air the dirty laundry of Muslim communities’. For many on the left, issues of apostasy or homophobia should remain Muslim secrets, and political debate is akin to flaunting one’s dirty underwear.

Just as Mr Trump seems unable to distinguish between Muslims and terrorists, do many on the left seem unable to distinguish between criticism of Islam and bigotry against Muslims. And just as Mr Trump views Muslims as an undifferentiated lump, all potential terrorists, those on the left also often view Muslims as a homogeneous community speaking with a single voice. Both ignore progressive Muslim voices as not being truly of that community, while celebrating the most conservative voices as authentic.

I once interviewed Naser Khader, a secular Muslim and a Danish member of Parliament. He recalled a conversation with Toger Seidenfaden, then editor of the left-wing newspaper Politiken, about the ‘Muhammad cartoons’ that had caused global controversy in 2005 when published in another Danish paper, Jyllands-Posten.

Mr Seidenfaden claimed that ‘the cartoons insulted all Muslims’. ‘I am not insulted’, Mr. Khader responded. ‘But you’re not a real Muslim’, came the reply. To be a real Muslim is, from such a perspective, to find the cartoons offensive. Anyone who isn’t offended is, by definition, not a real Muslim. Rightwing bigots may see all Muslims as reactionary, but so, apparently, do many leftwing and liberal antiracists.

I believe Ms Namazie is right in much of her criticism of Islam, while I agree that Mr Trump’s attack on Muslims is bigotry. But both, in my view, should be allowed to say what they wish, and if we disagree, we should challenge them publicly. Yet, as the attempts to bar Mr Trump from entering Britain and prevent Ms Namazie from addressing students reveal, many would rather their views were not heard at all.

This is not simply a battle between American and European perspectives on free speech. It is true that the United States protects speech with the First Amendment, while Europe restricts it with myriad hate speech laws. But as current debates on American campuses about ‘trigger warnings’, ‘microaggressions’ and ‘safe spaces’ reveal, many in the United States are as keen as Europeans to limit speech.

The First Amendment is hugely important, but what also matters is the culture within which laws operate. On both sides of the Atlantic, there has been a noticeable shift toward a more censorious culture.

The debates over barring Mr Trump and Ms Namazie show why such a culture is dangerous. Censoring ugly ideas will not make them go away. Mr Trump’s poll ratings have improved since his comments on Muslim immigration. Many Americans agree with him, and as support for anti-immigration groups show, many Europeans do, too. Keeping Mr Trump out of Britain will not erase such views. Attitudes will be changed only by publicly challenging them.

Hatred is an elastic concept. One person’s political truth can be another person’s hate speech. As Ms Namazie’s case shows, censoring hate speech can become a means of shutting down political debate. It’s those who want to challenge hatred, in whatever form it appears, who most need free speech. On both sides of the Atlantic, we need less censorship, more debate.