It is not often that I enter a room and gasp out loud ‘Wow’. But entering the caves of Dambulla, with with their magnificent statues of the Buddha, and their stunning frescos, was definitely one occasion. The second cave in particular, is one of the most spectacular, yet moving, works of art I have seen.

The cave temples, near the town of Dambulla in central Sri Lanka, date back to the first century BCE. King Valagamba (also known as Vattagamini Abhaya) had been driven out of his capital in nearby Anuradhapura, by an invasion from southern India, and forced into hiding for fourteen years. He took refuge in the Dambulla caves. When he subsequently regained his throne, Valagamba turned the caves into temples, in gratitude for the hiding place the rock had offered him. There are five caves at Dambulla, containing some 150 statutes of the Buddha – one of them, of the Buddha reclining, is 16 metres long – as well as a handful of statues of Sri Lankan kings and of Hindu gods and goddesses.  The walls of caves are adorned by magnificent frescos, most of which tell the story of the Buddha and his life. New frescos were added by later kings, including  Nissanka Malla, who in the eleventh century gilded the interiors of the caves.

The darkness of the caves, and the softness of the light inside, creates a meditative quality, enhancing the startling beauty. The contrast with the tacky, Disneyfied modern Golden Temple at the start of the climb to the caves, only adds to the specialness of the original. It is impossible to convey that beauty in photographs – it is the experience that is so special – but here are some that may give a sense at least of that specialness. 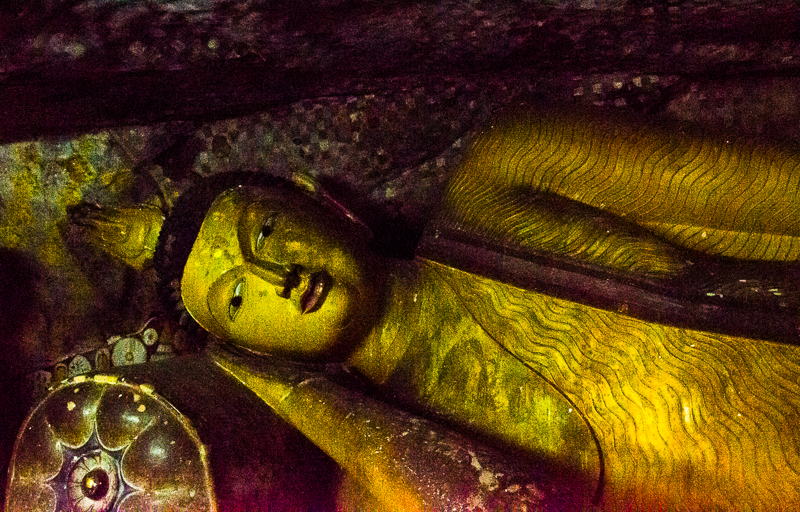 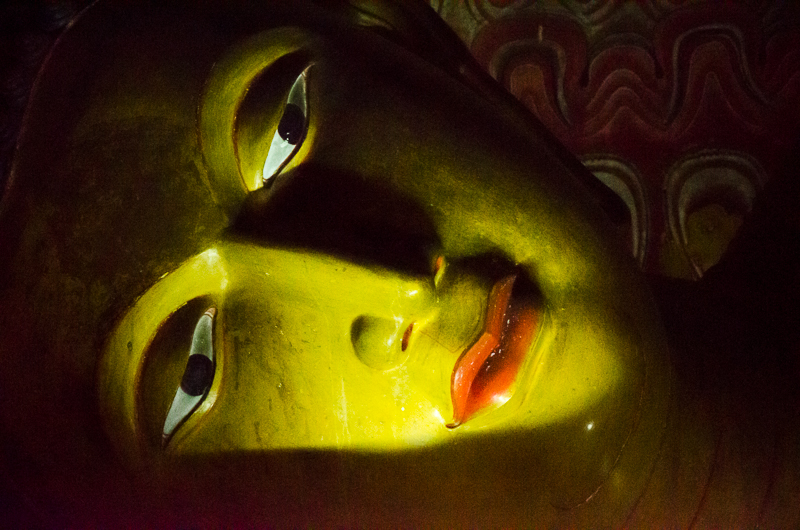 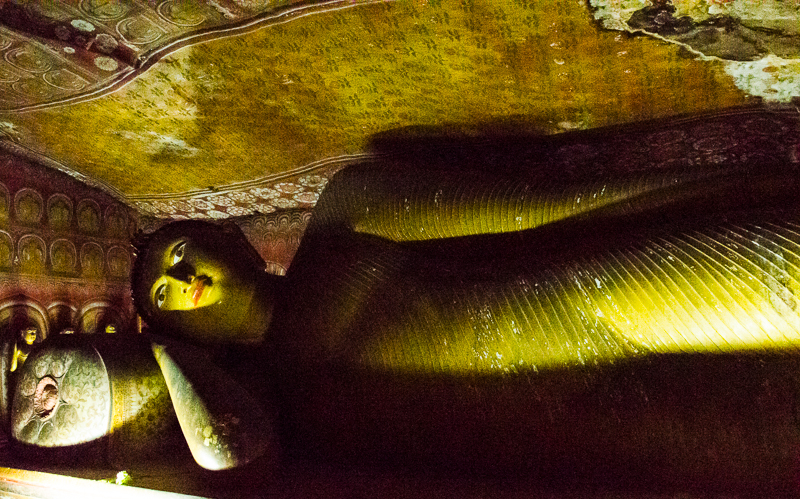 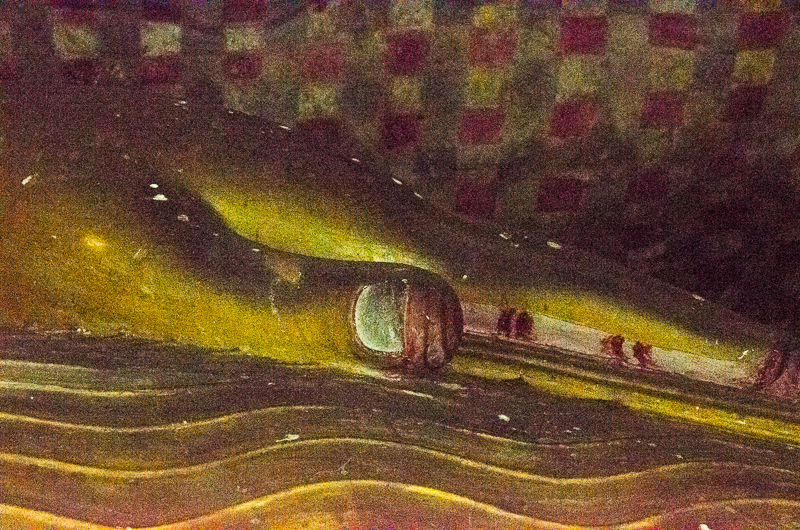 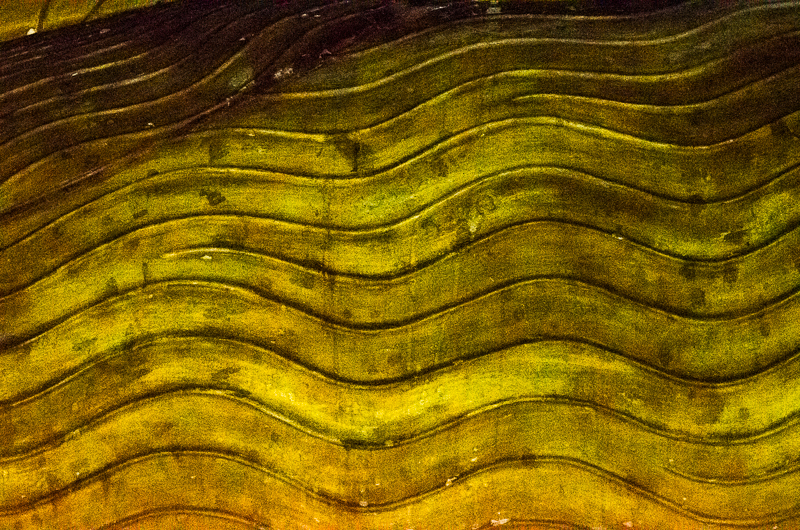 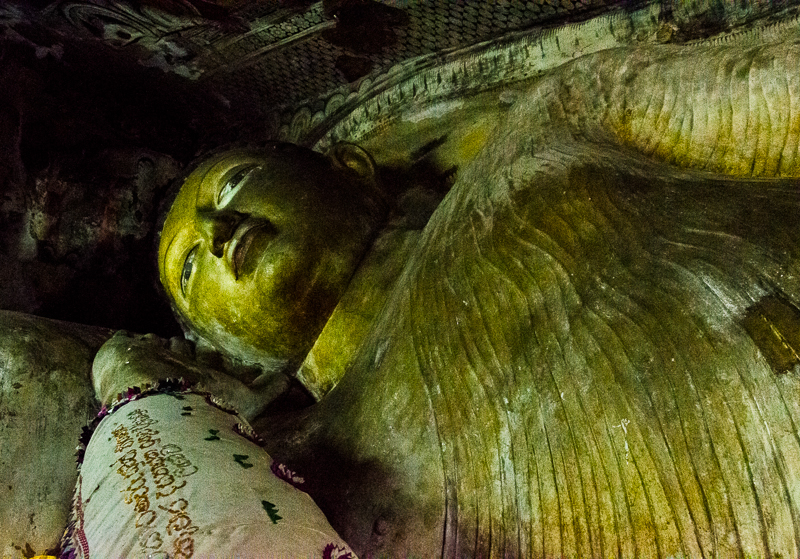 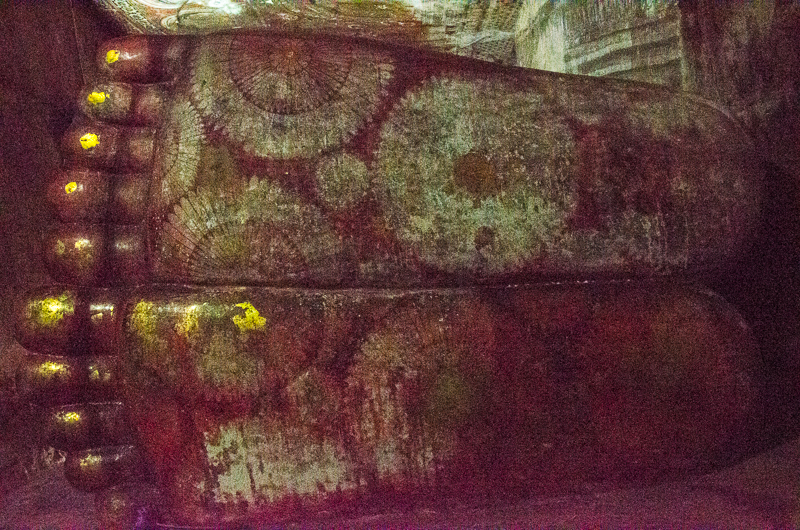 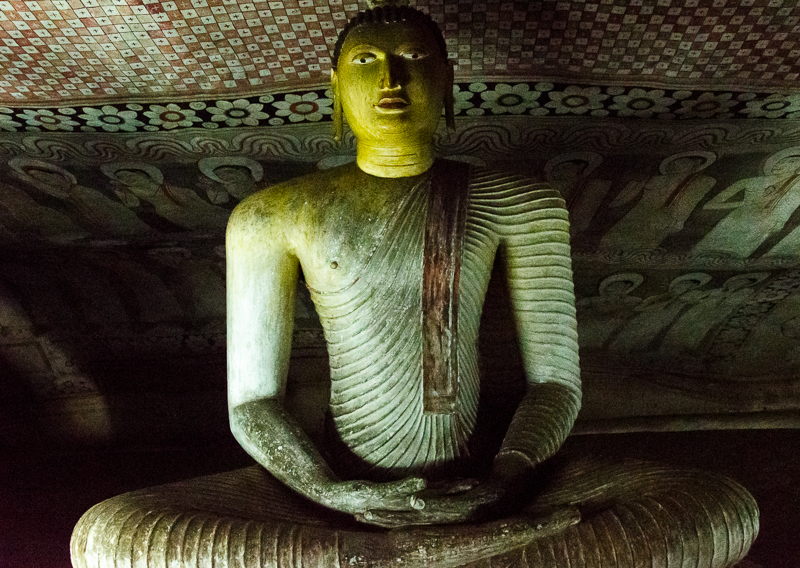 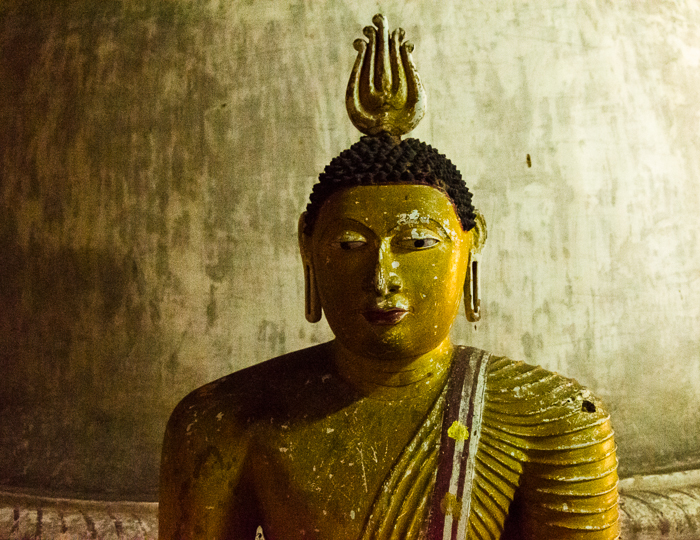 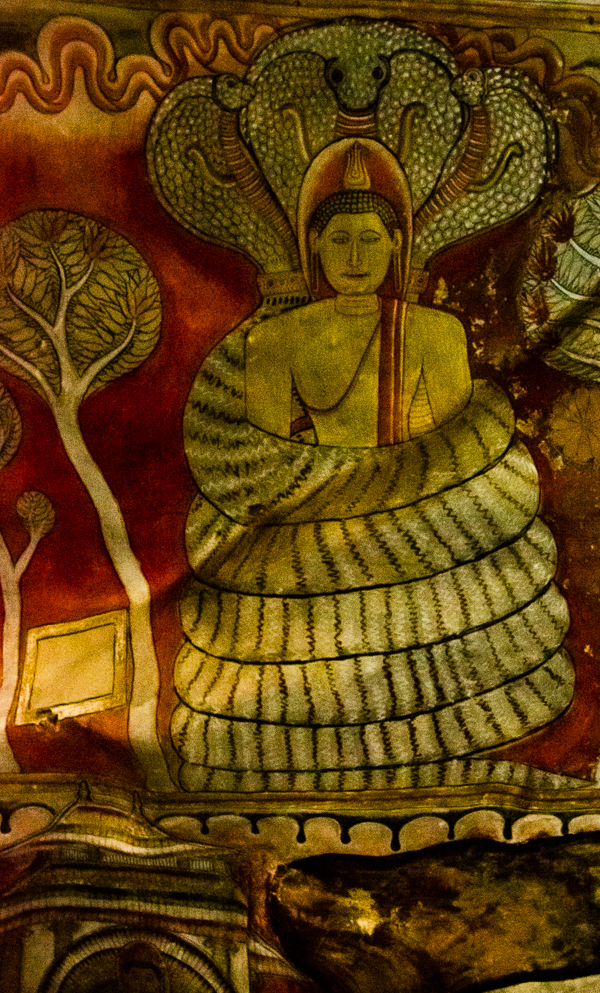 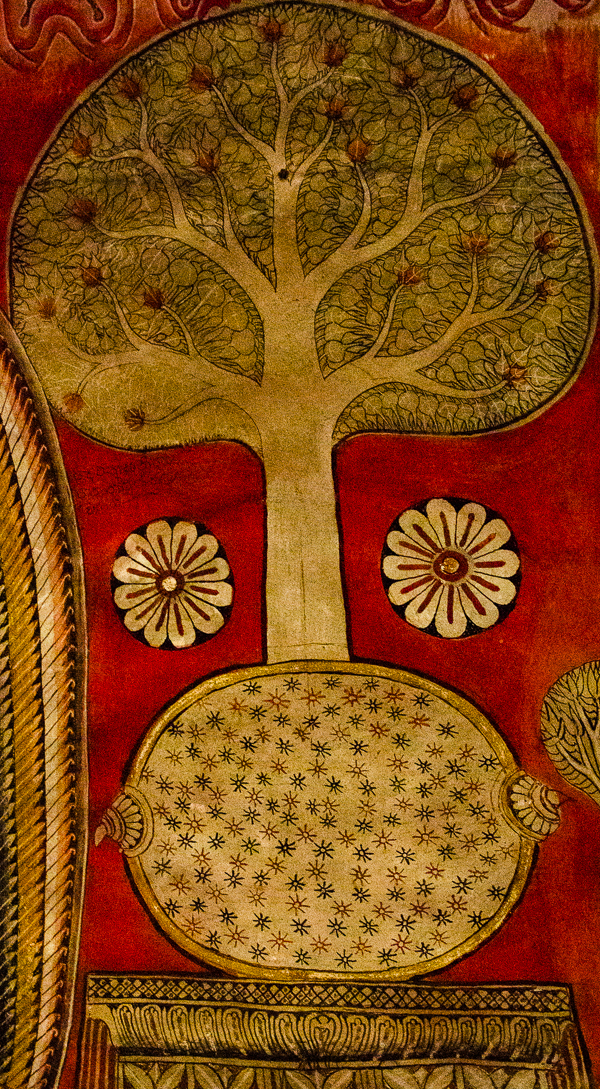 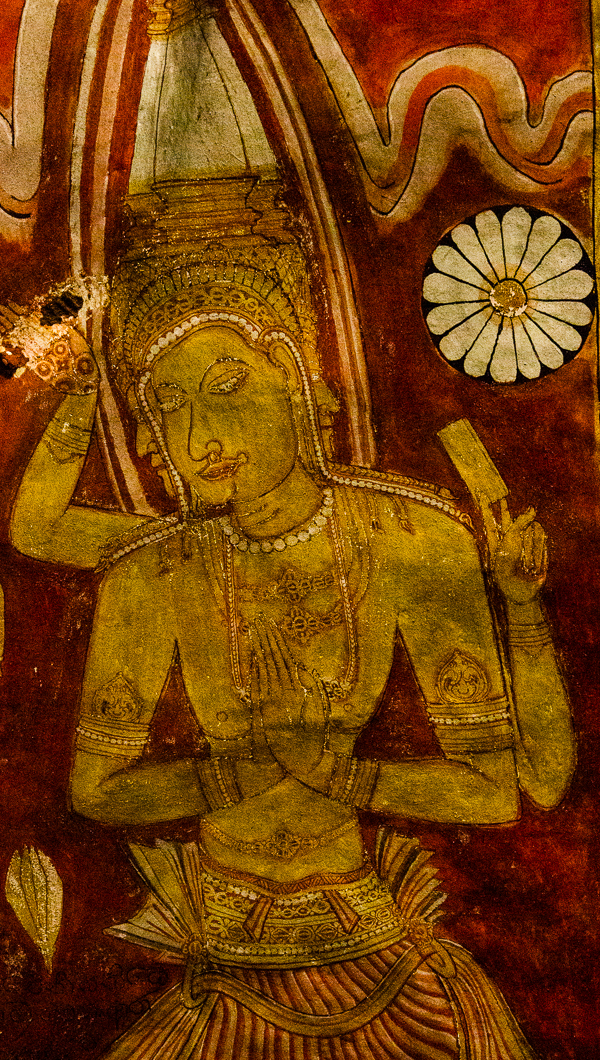 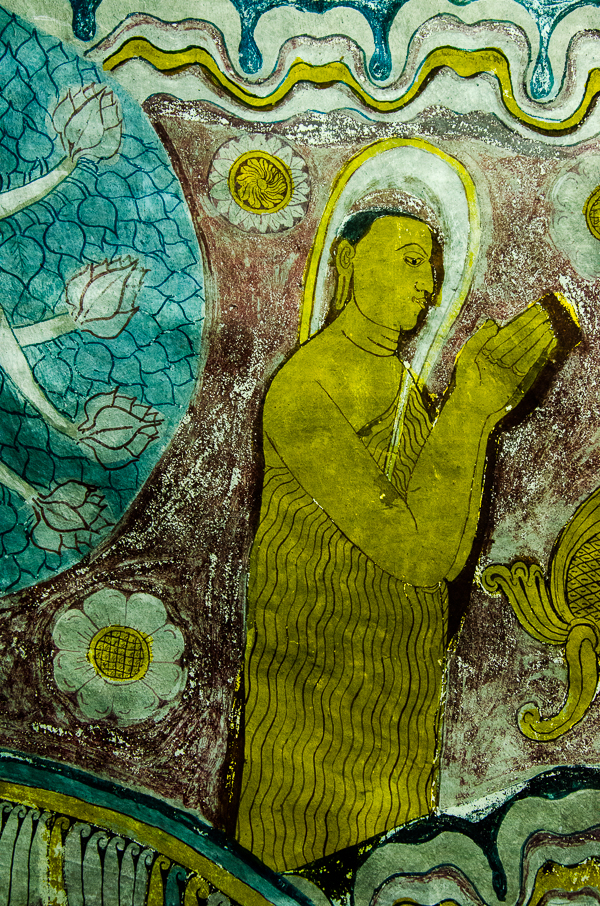 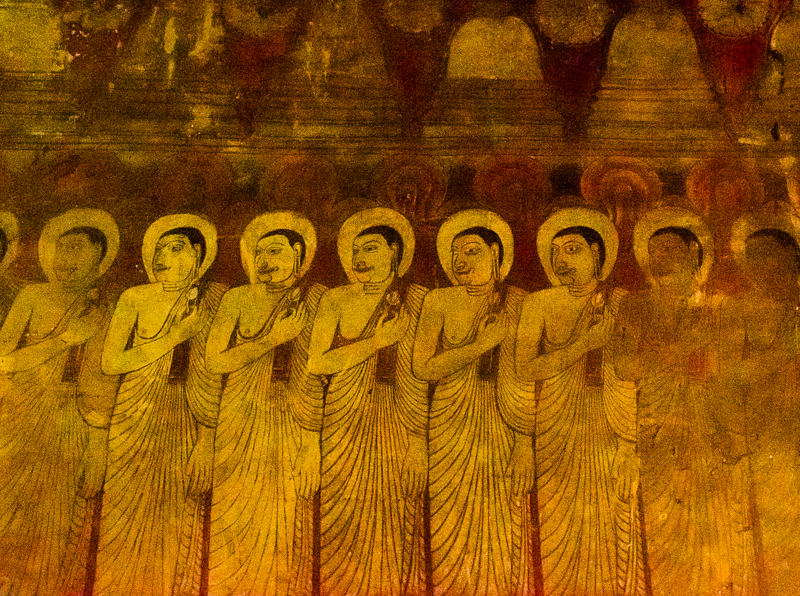