Today marks 50 years since the South African apartheid government declared District Six, in the heart of Cape Town, a ‘whites only’ area from which all non-whites would be forcibly removed.

District Six was one of the most mixed areas in Cape Town, home to freed slaves and immigrants, labourers and artisans. It was a rundown area, overcrowded, many houses without running water or sewage. But District Six was also Cape Town’s cosmopolitan heart, an area in which blacks and coloureds, Muslims and Jews, Cape Malays and whites lived and worked together. It came to be celebrated for its musicians and artists and writers. The great jazz pianist Abdullah Ibrahim was born there, as was the novelist Alex La Guma.

After the apartheid regime declared it a ‘white only’ area, more than 60,000 people – around 10 per cent of the city’s population at the time – were, over the space of some 15 years, evicted from their homes. The bulldozers then moved in and leveled the area. But virtually nothing new was built – what had been District Six was simply left to rot as wasteland. It was almost as if District Six was leveled merely because its cosmopolitanism was an affront to the apartheid authorities. And today, more than twenty years after the end of apartheid, the struggle of many former residents to return to District Six, still continues.

One of the few buildings left standing – the Central Methodist Mission Church – has now been turned into a museum, one of the most moving that I visited, to tell the story of District Six and through it the story of apartheid. I wrote last year about District Six, its destruction and the museum.

One of the people I met in the museum was Noor Ebrahim. He was a resident of District Six in the 1960s and 1970s, whose house was demolished in 1975. While most former residents of District Six were forcibly moved to the townships of the Cape Flats, Noor was lucky enough to be able to buy a house in Athlone, a small suburb on the Cape Flats. He is a remarkable man (now an education officer at the museum), who tells a string of wonderful stories about the area, and about the tyranny of apartheid. His short book Noor’s Story: My Life in District Six, tells with great charm and poignancy both his life story and the story of District Six.

I am publishing here two short extracts, from the beginning and the end of Noor’s Story:

The bombshell
(from Noor’s Story, pp8-9)

One evening on my way home from work, I saw bulldozers demolishing houses and shops in William, Stone (which we knew as ‘Klip’) and Caledon Streets. I knew I was witnessing a terrible evil. I felt hopeless and helpless. Day after day, the bulldozers came closer to out house. To soon it was our turn. Officials of the government told me that I had one month in which to clear out. What could I do? No one had any choice in the matter. I made arrangements to buy a house in Athlone. Luckily our children Isgaak and Mariam were too young to fully understand what was happening.

On the final day the lorry that I hired was loaded with our furniture. My wife and children crowded into the Beetle with our belongings. I drove away from Caledon Street and then stopped the car in the middle of the street. I had to turn back. I had to look at the house.

Yet I could not it these. On my way to the Readers’ Digest office, where I worked, I drove down Caledon Street past my house. Everyday for six days, I stopped my car and stared at my house. On the seventh day I got out of the car, leaned against it for a moment and then walked around the house. By now the windows and window frames had been removed. The front door still carried the small round royal blue and white plate indicating that this was 247 Caledon Street. I ran at the door and ripped off our number. Then I went to the kitchen and saw the bolt was still on the back door. I removed this too and took it with me. A week later I passed my street again and saw that the house was gone. Even the rubble had been removed. I stood on the vacant plot with desolation in my heart.

By 1975 I was fortunate enough to have saved sufficient money to buy myself a house in Athlone. This meant that I would not have to move to any of the areas designated for ex-residents of District Six, including Mitchells Plain, Hanover Park, Lavender Hill and Belhar.

So, on a warm day in January 1975, my wife and I with our two children, aged three and five, moved to our new home in Athlone. With our belongings were my prized racing pigeons, for whom I had built a loft, using the same wood that had made up the loft in District Six.

After three months in Atlone, I felt that it was time to let the pigeons fly free to see if they would return home. I was fully aware that not all of the pigeons would return to their new home in Athlone. When I returned home that evening, the first thing I did was visit the loft. ‘Where are my pigeons’, I asked my wife. Not a single pigeon had come back.

After a sleepless night I retuned to work the next morning, driving, as I always did through the demolished landscape that wa once District Six. As I drove past the now empty plot that used to be my home in Caledon Street, I saw a sight the shook me to the core: my pigeons, all fifty of them, were congregated on an empty plot where our home had stood. Getting out of my car, I walked over to where the pigeons were. Very surprisingly, they did not fly away, but looked into my eyes as if to ask, ‘Where is our home?’ 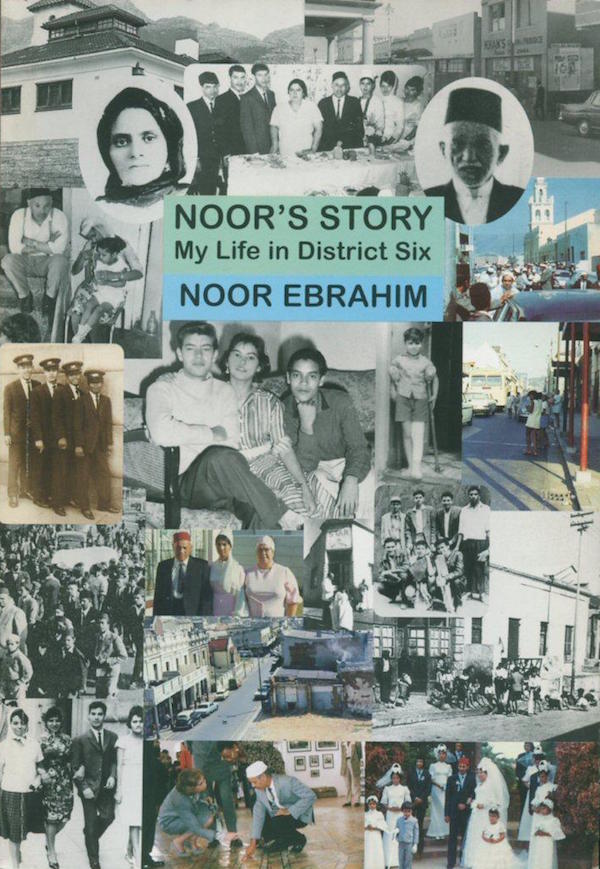