‘I don’t recognize my country’. ‘I want my country back’. These have for many years been the sentiments of those opposed to immigration into Britain. Immigrants, so the critics claim, have taken over ‘our’ country, turning cities into mini-Kingstons or little Lahores, creating, in the words of David Goodhart, former director of the centre-left think tank Demos, ‘an England that is increasingly full of mysterious and unfamiliar worlds’. Or, as the Oxford University demographer David Coleman, a vocal opponent of mass migration, put it when I interviewed him for a BBC radio documentary a decade ago, ‘Many of our major cities are more like foreign countries than those of the ordinary English domestic scene’.

It was also a theme at the heart of the Leave campaign during the EU referendum. For many Leavers, ‘Take back control’, one of the key slogans of the anti-EU campaign,  became translated into a desire to protect borders, defend national culture and keep out immigrants.

Since the EU Referendum on 23 June, however, it is not opponents of immigration but supporters of the EU who have been claiming not to ‘recognize my country’ and demanding ‘I want my country back’. Aghast at the victory of the Leave campaign, they have suddenly found themselves, as they see it, in a nation full of xenophobes, bigots and ignoramuses. Ironic the phrase may be for some, but it also expresses a profound sense among many Remainers that England isn’t England anymore since 23 June.

I have over many years fiercely challenged hostility to immigration. Indeed, my previous post on Pandaemonium was ‘In defence of freedom of movement’ – and not just within the EU. But if the ‘I want my country back’ cry of those hostile to immigration is troubling, so, too, is that of the Remainers. Both groups have a fixed notion of what ‘their’ country consists, and insist that those who don’t conform to that vision do not truly belong.

Britain did not become a different country on 24 June. It did not overnight get taken over by xenophobes and racists and the ignorant. Rather people, and views, that many liberals, and many within the elite, were able previously to ignore, they no longer could.

Those who want their country back from migrants often portray migrants as backward, ignorant, and lacking the correct values. Many Remainers look upon Leavers in much the same way. Many have tried to explain away the referendum loss by suggesting that those who voted to Leave did so because they were too stupid to see through the lies of the Leave campaign, or too racist to want to see through the lies. The feminist writer Laurie Penny summed up this view, describing Leave voters as comprising ‘the frightened, parochial lizard-brain of Britain’. The political philosopher Chris Bertram has said of Leave voters that ‘I think of nearly all of them as racists and xenophobes’.

It is true that those who voted for Brexit were likely to be less educated than those who voted to Remain in the EU. Over 70 percent of people with no qualification voted for Brexit, whereas over 70 percent of people with a postgraduate degree voted to remain. But being less educated does not make them more ignorant or less able to take a decision.

Shortly after the referendum, a meme began to trend. Following the Leave vote there had been a spike in people googling ‘What is the EU?’. Many Remainers took this to be proof of the ignorance of those voting Leave. In fact fewer than 1000 people googled ‘What is the EU?’ and there was no evidence that a single person who had googled the question had voted Leave. Yet supporters of the EU continued to propagate this as evidence of the ignorance of Leave voters. If it was evidence of anything it was, perhaps, that an education is no insurance against cognitive bias, no protection against a willingness to be swayed by one’s prejudices, no shield against a tendency to jump to conclusions not warranted by the facts.

Education differences are important in understanding contemporary politics. But as political scientist David Runciman observed in an important recent essay, the real educational divide is not ‘between knowledge and ignorance’ but rather ‘a clash between one worldview and another’. Education today ‘sorts us according to where we feel we belong’.

Western societies have, Runciman argues, become more technocratic in recent years, establishing ‘safeguards… to bypass popular politics’. Central banks have become independent of politicians, judges have become more interventionist in the political process, scientific experts play a much larger part in shaping policy. All this has had ‘the effect of empowering a new class of experts, for whom education is a prerequisite of entry into the elite’ – bankers, lawyers, doctors, civil servants, technicians, pundits, academics. Once ‘knowledge becomes a prerequisite of power, then it no longer speaks for itself. It appears to speak for the worldview of the people who possess it’.

It is not that all those who are educated, still less all those who voted to remain in EU, are part of the elite. It is rather that a new cleavage has opened up in society. Once the elite and the masses were divided by class. In today’s more technocratic world, class is less salient as a social marker, and education is more so. But education is no longer seen in terms purely of knowledge or qualifications. It has come to be a marker of the worldview one possesses, the values one holds and the place one possesses in society.

The character of the elite has changed – it is no longer the ‘establishment’ of old. So have the faultlines of European politics. The key division today is not so much that between left and right as it was for much of the twentieth century, as that between those who feel at home in – or at least are willing to accommodate themselves to – a globalized, technocratic world, and those who feel left out, dispossessed and voiceless. It is this division that is fuelling much of the hostility towards both immigration and the EU, and driving support for populist parties, not just in Britain but throughout Europe. Immigration has become both a catch-all explanation for unacceptable social change and a symbol of the failure of the liberal elite to understand the views of voters. The EU, meanwhile, has become symbolic of the democratic deficit in many people’s lives, and of the distance (social, political and physical) between ordinary people and the political class.

Economic and social changes – the decline of manufacturing industry, the crumbling of the welfare state, the coming of austerity, the atomization of society, the growth of inequality – have combined with political shifts, such as the erosion of trade union power and the transformation of social democratic parties, to create in sections of the electorate a sense of anger and disaffection. Immigration has played almost no part in fostering these changes. It has, however, come to be the means through which many perceive these changes, largely because of the way that the immigration issue has been framed by politicians of all hues over the past half century. On the one hand, politicians have recognized a need for immigration. On the other hand, they have promoted the idea of immigration as a fundamental social problem. At the same time, politicians often express disdain for the masses whom many regard as deeply racist, and incapable of adopting a rational view of immigration. (Remember Labour leader, and Prime Minister, Gordon Brown’s description during the 2010 election campaign of pensioner Gillian Duffy as ‘a bigoted woman’ because of her worries about east European migrants? It was a moment that captured the contempt of elite politicians for the little people’s immigration concerns.) This poisonous mixture of necessity, fear and contempt has helped both to stigmatize migrants and to create popular hostility towards the liberal elite for ignoring their views on immigration.

There are certainly hardline racists among Leave voters and leaders. But it’s self-serving, not to mention counterproductive, to dismiss all those who voted Leave as racist or xenophobic. For many, immigration has become symbolic of what has gone wrong in Britain and in the their lives, not because they are BNP fodder but because of the way that politicians of all hues have presented it as a social problem. 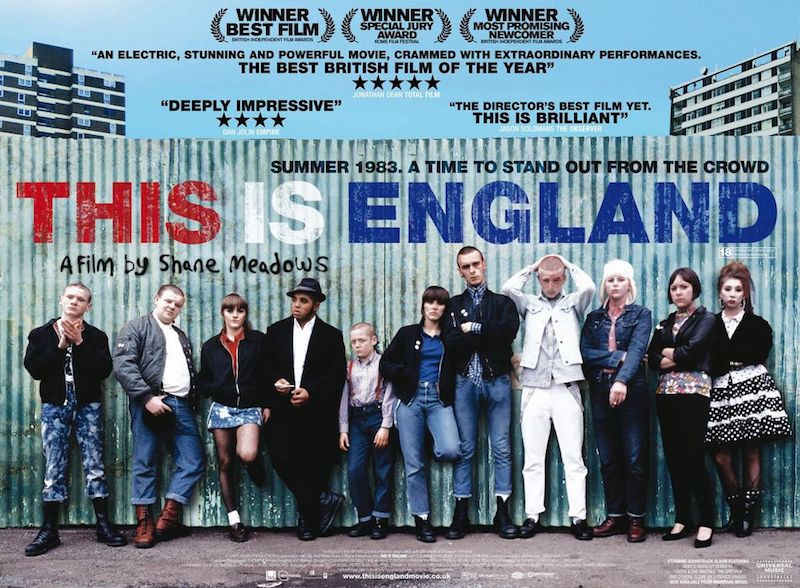 During the EU referendum, critics of the EU certainly promoted noxious arguments about immigration, from  Michael Gove’s warnings about a Turkish invasion to Nigel Farage’s ‘Breaking Point’ poster. But supporters of the EU have also played their role in creating an climate of greater fear and suspicion of migrants. It was Gordon Brown who claimed Labour policy as ‘British jobs for British workers’ long before Amber Rudd reheated the slogan at this year’s post-referendum Tory party conference. It was David Cameron who led a campaign against ‘benefit tourists’, despite the government’s own Migration Advisory Committee insisting that there is ‘little evidence to support the so-called welfare magnet hypothesis as a migration driver across EU countries’.

The EU itself has helped stoke fears about immigration. Brussels might favour freedom of movement within  EU borders but the quid pro quo for such freedom has been the creation of a Fortress Europe, a citadel against immigration, watched over by a hi-tech surveillance system of satellites and drones and protected by fences and warships. When EU policy plays to the image of a continent under siege, is it any wonder that there is widespread hostility to freedom of movement?

All this brings us back to the cry of ‘I want my country back’. What that sentiment suggests is that both those hostile to immigrants and those hostile to Leave voters don’t want to engage with the real world, but want to live in their own imagined safe space. Migrants are part of ‘our country’. So are those who wish they were not, or wish to limit immigration. It makes as little sense to dismiss all Leave voters as ignorant and racist as it is to suggest migrants are responsible for all our social problems or that they don’t truly belong. Until we engage with the world as it is, rather than as we would like to pretend it is, politics and democracy will continue to fray.

The images are, from top down, a Network SouthEast Dover poster; ’50 shades of England poster by Emily MacKenzie; and a poster for Shane Meadows’ 2006 film ‘This is England’.