This essay was published in the Observer, 7 January 2018, under the headline ‘In British education, the central issue is class, not ethnicity’.

The white working class. It’s a phrase that has become so commonplace that few recognise the sheer oddness, and indeed odiousness, of the concept. It denotes both pity and contempt. On the one hand, it is a description of the ‘left behind’, sections of the population that have lost out through globalisation and deindustrialisation. On the other, it is shorthand for the uneducated and the bigoted, people who support Donald Trump or Brexit, and are hostile to immigration and foreigners.

The discussion reveals how differently we imagine white and non-white populations. Whites are seen as divided by class, non-whites as belonging to classless communities. It’s a perspective that ignores social divisions within minority groups while also racialising class distinctions.

All this can be seen in the debate that has sprung from an interview that Angela Rayner, Labour’s shadow education secretary, gave to the Spectator’s Fraser Nelson last week. Rayner, writes Nelson, believes that ‘focusing on ethnic minorities and women’s agendas … has had a “negative impact” for white working-class boys’. ‘They have not been able to adapt’, she told Nelson. ‘Culturally, we are not telling them that they need to learn and they need to aspire.’

The statistics seem to bear out Rayner’s argument. With the exception of Roma and Traveller children, white working-class boys perform the worst of any group in British schools. A multitude of organisations from the Centre Forum to the Sutton Trust have raised the alarm.

We have, however, been here before. Before the panic about white working-class boys was the panic about black boys. ‘Available evidence suggests that the inequalities of attainment for African-Caribbean pupils become progressively greater as they move through the school system,’ observed a 2000 Ofsted report, Eductional Inequality: Mapping Race, Class and Gender. ‘Only white pupils’, it noted, ‘improved year on year regardless of their class background.’

The reason for the failure of black boys was seen as a combination of a black culture that discouraged aspiration and a school system that did the same. Many prominent figures, including Trevor Phillips, who became head of the Commission for Racial Equality in 2003, called for black boys to be educated in separate schools.

Then, as now, the picture was more complicated than the public debate suggested. Black pupils were not alone in performing badly, nor did they all perform badly. Three ethnic groups lagged behind – African-Caribbeans, Pakistanis and Bangladeshis. Three groups fared better than the average – Chinese, Indians and Africans. The differences were not simply ethnic. African-Caribbean, Pakistani and Bangladeshi migrants to Britain have come largely from working class and peasant backgrounds. Indians, Chinese and Africans tend to be more middle class.

Racism undoubtedly played a part in the poor performance of children from certain minority groups. So did class differences. So fixated, however, were academics and policymakers by ethnic categories, that they largely ignored the latter. The 2000 Ofsted report, for instance, demonstrated that the impact of social class on school performance was more than twice as great as that of ethnicity. Yet, it disregarded its own data and focused almost exclusively on the problems posed by ethnic differences. 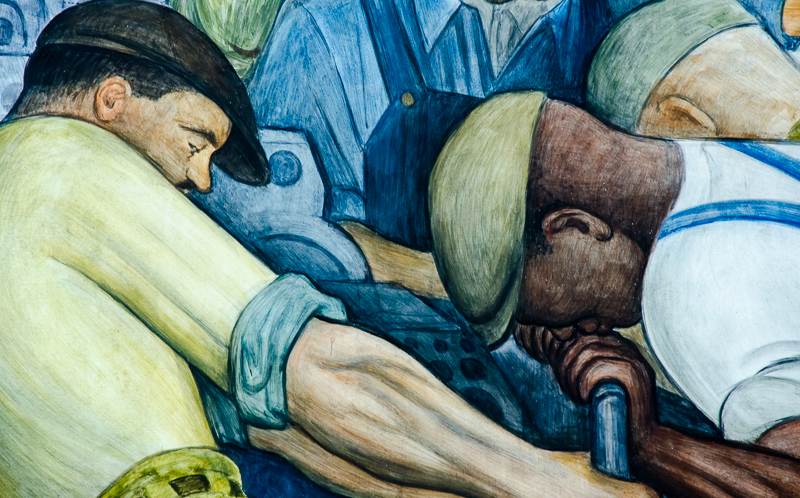 Class differences persist. In secondary schools, children of Bangladeshi and Caribbean background are three times as likely to be receiving free school meals (a proxy for social disadvantage) as Indian and Chinese pupils, and twice as likely as white ones. The performance of disadvantaged minority pupils has, however, over the past two decades, improved dramatically. That of working-class white children, and especially of boys, has stagnated.

The reasons, again, are complex. Successive governments have given priority to raising the standards of London schools that, in the 1990s, were among the worst in the country. Minority groups are disproportionately concentrated in the capital. White children in London perform better than the national average. But the relative neglect of schools outside London has had a greater impact on disadvantaged white pupils.

Growing marginalisation has shaped the way that working-class children look upon themselves and are looked upon by teachers and others in authority. Where once labour movements could bring down governments, today the working class has become largely an object of contempt and derision – ‘chavs’. Social organisations that once gave working-class lives identity, solidarity, and dignity, have disappeared. The kinds of dislocation and marginalisation that have long affected black pupils now affect white pupils, too.

Yet, the debate about the white working class, far from seeing these common threads, poses the problem as a zero-sum game. It pitches the interests of working-class whites against those of minority ethnic groups and imagines that too great a focus on black and Asian children has undermined white working-class culture.

The arguments about white culture are dangerous. They legitimise racist attitudes – ‘our country is being swamped by other cultures’. At the same time, it is but a short step from claiming that working-class whites have lost their culture to insisting that they are disadvantaged because of their cultural deficiencies. The demonisation of working-class whites as racist shows how easily that step is made. If we are serious about tackling the problems facing both working-class whites and minority groups, it is time we started thinking of the relationship between race and class in a different way.

The images are LS Lowry’s ‘Coming out of school’ and detail from Diego Rivera’s Detroit industry murals.