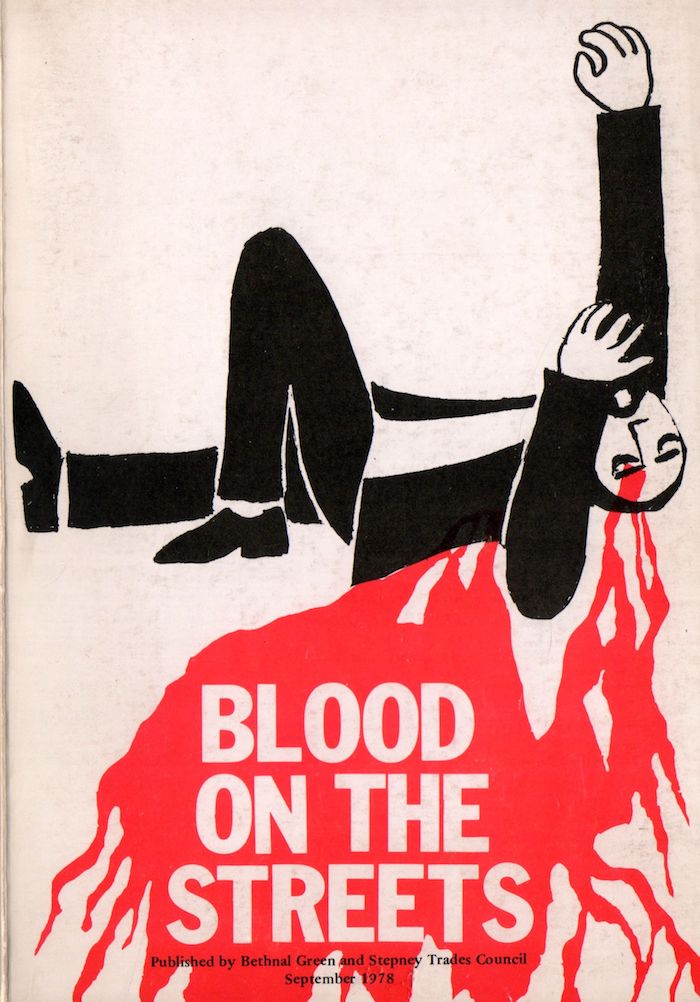 40 years ago, on 4 May 1978, a Bengali garment worker in East London was brutally murdered by racist thugs. It was but the latest in a series of racist attacks on Asians, at a time when racism in Britain was vicious, visceral and often fatal. Altab Ali’s murder became, however, a spark for new anti-racist mobilization, especially among local Bengali communities. Ten days after the murder, Brick Lane and surrounding areas closed down as 7000 people, mainly Bengalis, marched on Downing Street behind Altab Ali’s coffin. It was a seminal moment in anti-racist history.

Here I am republishing extracts from David Rosenberg’s essay for Open Democracy, looking back on the murder, and from Brick Lane 1978 a pamphlet by local Anglican priest and anti-racist activist Kenneth Leech, first published in 1980; the full pamphlet is on the Altab Ali Foundation website.

From ‘The racist killing of Altab Ali 40 years ago today’
David Rosenberg, Open Democracy, 4 May 2018

Just east from Whitechapel High Street in the London borough of Tower Hamlets, there is a garden with an ornate entrance. A tubular-framed arch merges with a Bengali-style, orange-coated metal structure. Altab Ali Park is London’s only park named after a Bengali. Previously called St Mary’s Gardens, it was one of several green spaces in Tower Hamlets named after saints.

Altab Ali was neither saint nor sinner, but an immigrant clothing worker who arrived as a teenager in London with his uncle in 1969. He worked in Hanbury Street, off Brick Lane, where the Bengali community was expanding as the older Jewish immigrant population receded. Members of my own family lived in Hanbury Street before World War Two.

Ali returned to Bangladesh for five months in 1975 and got married. When he came back to England, his bride stayed with his parents. The plan was that she would join him later. She never did.

On 4 May 1978, as Ali, 24, walked home from work along Adler Street, alongside St Mary’s Gardens, he was attacked and stabbed by three teenagers, whose minds had been poisoned by racists. Later at their trial they would say they attacked Ali because he was a ‘Paki’.

Ali was dead on arrival at London Hospital (since renamed the Royal London hospital).

The day Altab Ali died was local election day. The far-right National Front, formed in 1967, ran in every Tower Hamlets ward that year, and gained nearly 10 per cent of the vote. Some older National Front members had been in Oswald Mosley’s British Union of Fascists, which terrorised East End Jews in the 1930s.

At 10pm, as the polling booths closed, Shamsuddin Shams, who worked a few doors down from Ali, heard the shocking news. Hours earlier Ali and Shamsuddin had chatted in the street, as they often did after work. On Saturdays, clothing workers usually skipped their lunchbreak so they could finish work at 4pm. Ali and Shams would then meet in Jim’s Café, which was between their workshops, and watch wrestling on Jim’s television.

On 4 May, Shams, then just 18, had gone straight to the polling station on Brick Lane after work. ‘As I came out I wanted to tell someone. I saw Altab Ali coming out of the Indo-Pak grocery store at No. 45. He had two bags. One had a tiffin box with his evening meal and one had vegetables. He said to me: ‘It must be your first vote. How was it?’ I said ‘It was fine’. I asked him if he had voted yet, and he said he would do it later.’

Shams was devastated by Ali’s death. And initially puzzled. He hadn’t known that Ali had recently moved to Wapping and had taken a different route home that evening.

Ten days later, local restaurants and workshops across Tower Hamlets were closed up as 7,000 Bengalis marched to Downing Street and Hyde Park. They marched silently in the rain, behind a vehicle carrying Altab Ali’s coffin.

Their placards read: ‘Self-defence is no offence’ and ‘Here to stay, here to fight’. The militant response to Altab Ali’s murder, led by Bengali youth movements, was a turning point for local Bengalis. 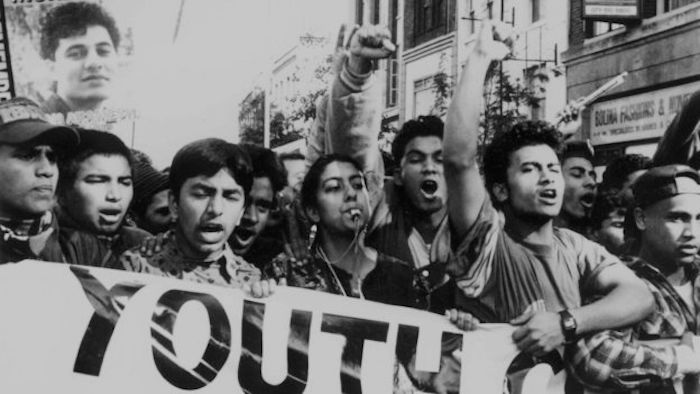 The events of 1978 began with the tragic murder of a young Bengali clothing worker Altab Ali on May 4 on Alder Street Whitechapel – not far from Brick Lane. The murder sparked off a series of demonstrations, and the memory of Altab Ali remains a vital part of the anti-racist movement, both among the Bengalis and among white groups. It was his murder that ‘triggered a massive wave of protest throughout East London’. On May 14, 7000 Bengalis held a protest march from Brick Lane to Downing Street behind Altab Ali’s coffin. The Trades Council report, Blood on the Streets correctly described this march as ‘one of the biggest demonstration by Asians ever seen in Britain.’

On Sunday June 11, a day which followed considerable press coverage of GLC plans for housing Bengalis in what were described as ‘ghettos’, there was a major eruption of violence in Brick Lane. ‘Mob of youths attack Bengali area in East End London’ was the headline in the Times on the 12th and the incidents received major coverage in most of the national press. About 150 youths rampaged through the Brick Lane district, smashing windows, throwing bottles and lumps of concrete, and damaging shops and cars. This day marked a new stage in the escalation of racial violence in the area… The Times observed:

Attacks on Bengalis in the Brick Lane area of Spitalfields have usually been the work of relatively small groups. The destruction yesterday was carried out by the largest gang to assemble threaten Asians in that area.

The following Sunday, June 18, saw an anti-racist march, organized by the Anti-Nazi League and the Bengali Youth Movement Against Racist Attacks (a short-lived alliance of between three of the major Bengali organizations in Tower Hamlets, all of which had started in 1976.) Some 4,000 people, black and white, took part in this march. But the following Sunday there were further violent incidents, many of the attacks by white racists taking place in side streets. However, during the whole period, many of the demonstrators against racial violence and other anti-racists were themselves arrested. A detailed study of police tactics in the period was prepared by the Brick Lane Defence Committee, the Anti-Nazi League and local lawyers, and was later published by the local Trades Council. On July 7, David Lane, the Chairman of the Commission for Racial Equality, paid his first visit to the area amidst considerable publicity and addressed a meeting at the Montefiore Centre.

On Sunday, August 20, there was a further march, organized by the Anti-Nazi league, to celebrate the departure – temporary as it turned out – of the National front sellers from brick Lane. This involved 5000 people, mainly white. But the Asian community remained active, and one Asian journal observed in August:

Brick Lane ’78 is becoming the focus of attention as did Cable Street in the 30s and Notting Hill in the 50s for the same forces ranged in confrontation. However, there is a distinct danger that the more sensational aspects of the current situation are being given undue coverage by the media while the more positive, though less dramatic, developments go unnoticed. The bare facts of assaults and killings of Asians in the East End by the National Front’s bully boys are known; what is not being sufficiently stressed is the strong multi-racial response that these acts have evoked; in particular among the Bengali youth who have joined enthusiastically with their white friends in combating a menace which in its ultimate form will spell the death knell of a democratic Britain.

The images are the cover of ‘Blood on the Streets’, a pamphlet published by Bethnal Green and Stepney Trades Council in 1978; and a 1978 demonstration against racist attacks (photo via the Altab Ali Foundation).