I am still closeted away, finishing my almost-finished book on the history of moral thought. So, here is another of my old book reviews, this one on Tariq Ramadan’s The Quest for Meaning. It was first published in the Independent in August 2010. 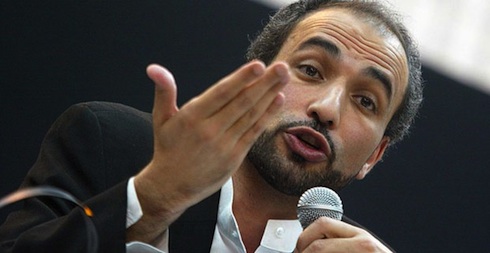 In an age in which public intellectuals are often highly divisive figures – think of the storms surrounding Noam Chomsky, Richard Dawkins or Bernard-Henri Lévy – few generate more controversy than Tariq Ramadan. Political activist, Muslim scholar, and professor of Contemporary Islamic Studies at Oxford University, he is to some the ‘Muslim Martin Luther’, a courageous reformer who helps bridge the chasm between Islamic orthodoxy and secular democracy. To his critics, Ramadan is a ‘slippery’, ‘double-faced’ religious bigot, a covert member of the Muslim Brotherhood whose aim is to undermine Western liberalism. When, in 2004, Ramadan was appointed professor of religion by Notre Dame, America’s leading Catholic University, the US State Department revoked his visa for supposedly endorsing terrorist activity.

The debate about Ramadan was re-ignited earlier this year with the publication of The Flight of the Intellectuals, American writer Paul Berman’s savage attack on European thinkers such as Ian Buruma and Timothy Garton Ash for what he regards as their appeasement of Ramadan. The Quest for Meaning, Ramadan’s first book aimed at a wider Western audience, arrives therefore at a timely moment. It is, he writes, ‘a journey and an initiation’ into the world’s faiths to discover the universal truths they hold in common and to set out ‘the contours of a philosophy of pluralism.’ Unfortunately it will do little to settle the argument about the nature of Ramadan’s beliefs. There is a willfull shallowness about this work, a refusal to think deeply or to pose difficult questions, that is truly shocking. Insofar as it is provocative, The Quest for Meaning seeks to provoke not through the excess of its rhetoric but through the banality of its reasoning.

What Ramadan has produced here is a faith-lite manual for those seeking multicultural pieties. It is a book that forces the reader to wade through sentences such as this: ‘We are heading for that realm of consciousness and mind where all wisdoms remind us that it is its shores that make the ocean one, and that it is the plurality of human journeys that shapes the common humanity of men.’ And: ‘Truth (insofar as it has a value) and meaning (for itself) are, quite logically, regarded as truth and meaning of everything.’ And: ‘We need to find, collectively, ways to celebrate the union between emotion and reasonable reason, because, ultimately, that is what it is all about.’ It’s the kind of writing that makes Deepak Chopra seem like Immanuel Kant.

Ramadan’s basic argument comprises three elements. Faith is an essential aspect of human life. All faiths embody a similar set of ideals. And given that is faith is essential and all faiths are similar, so society should respect all religious and cultural traditions. We need, in Ramadan’s words, to ‘apprehend the diversity of our points of view and the essence of their similarity’.

His starting point is the insistence that humans are limited beings and reason is an inadequate way of comprehending our world. Reason tells us in a partial manner how the world is. Only faith can inform us why it is as it is. Faith creates a framework that allows us to give life meaning and to comfort us when faced with our inadequacies.

The relationship between faith and reason is one of the key issues of our times. Ramadan is so sloppy and superficial in his argument, however, and so oblivious to any viewpoint other than his own, that he does little to help us navigate through the tricky waters. Ramadan takes it as given that it requires a spiritual quest to impute meaning to life. What about those who are not religious and yet live meaningful lives? Silence. All faiths, he suggests, embody the same fundamental truths and are simply ‘different paths up the same mountain’. So why would he not be happy if all Muslims converted to Hinduism? No answer.

‘All spiritual or religious traditions’, Ramadan claims, ‘have some notion of the universal’ which is the ‘common space where several roads, several paths, several religions meet, and where reason, the heart and the senses meet’. This is a typical deep-but-meaningless formulation that litters the book. Like much else in The Quest for Meaning it is both philosophically facile – there is, after all, more to the concept of the ‘universal’ than the idea of a ‘common space’ – and historically illiterate, given that the vast majority of religious traditions have been local or tribal, with no universal pretentions, and remain so.

Ramadan’s real aim is not to explore the complexities of reason, faith and universality, but to defend the sanctity of Revealed truth. Revealed truth, he tells us, is ‘clear and immutable’ and its legitimacy cannot be challenged by reason.

The question of the relationship of reason and Revelation has been central to many of the controversies surrounding Ramadan. Most infamously, he has argued for a ‘moratorium’ on the Islamic practice of stoning women for adultery but has refused to call for an outright ban, a stance that led to a celebrated confrontation with Nicolas Sarkozy on French television.

Why will Ramadan not simply say that stoning is a barbaric punishment and should be banned? Because, as he explained when I interviewed him for a Radio 4 documentary, the Qur’anic text that demands stoning ‘comes from God’. But isn’t that the problem, I asked him. Ramadan knows rationally that certain actions are morally wrong but is not willing to say so because of his attachment to the Revealed word of God. Simply to believe in rationality, he responded, is to accept the ‘dictatorship of intelligence’. And that is ‘a dominant, arrogant posture. It’s dangerous.’

This exchange gets to the heart of the debate about faith and reason. For many of us it is the abandonment of reason in the name of Revealed authority that is truly dangerous. What is striking, however, is that there is not a whisper about this controversy in the book. He devotes an entire chapter to the question of gender relations, in which he quotes such secular thinkers as Michel Foucault and Simone de Beauvoir. But he has little to say about the difficulties of the relationship between faith and equality. There is not a mention of contemporary disputes over abortion, divorce, adultery, the veil, or female genital mutilation, that often pit religious norms against secular ones, and are central to current debates about pluralism, nor of his own deeply conservative views on these issues. It is an extraordinary silence, but typical of Ramadan’s refusal to tackle the difficult questions.

The Quest for Meaning reveals Ramadan as neither a bridge-builder nor a dangerous bigot, but as a shallow thinker taken far too seriously by both supporters and critics. His real strength is his ability to trade in that mixture of pseudo-intellectualism and faux-mysticism that has today become so fashionable.

At the end of the book, Ramadan informs us that the ‘architecture of the text’ reflects his spiritual journey. There are fourteen chapters which ‘represent two cycles of seven’, seven being a ‘universal symbol’ in all faiths. ‘Twice seven’, Ramadan tells us, ‘to reflect linearity, evolution and the cyclical return of the same and the different though the universality of the symbol.’ At least The Da Vinci Code did not claim to solve the problems of pluralism.