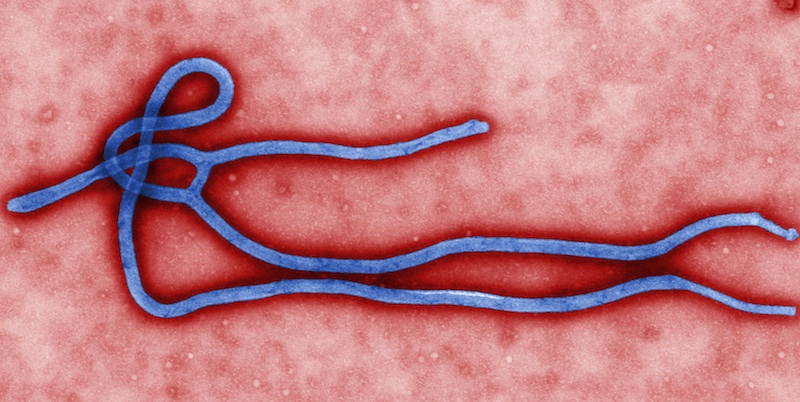 Ebola is a vicious disease. And the latest outbreak in West Africa has wreaked a terrible toll. It has also created considerable panic and scaremongering, particularly in the West, about worldwide pandemic. In Britain, the government convened a meeting of COBRA, its emergency response committee, worried about the threat of the virus spreading to the UK. In America, Donald Trump even suggested that US health workers helping contain the spread of the virus in West Africa who contract the disease should be banned from returning to the USA. In fact, ebola is a relatively easy disease to contain. What transforms it into such a devastating problem are social and economic conditions – and the panic that surrounds it. So, here is a a round-up of some the more insightful discussions about ebola.

Martin Robbins, ‘Relax UK – We’re Not
All Going to Die of Ebola’

‘Outbreaks occur almost annually – this is the 29th since 1976. Most have occurred within a few countries in Western Africa, and the latest is confined to Guinea, Liberia, Sierra Leone and a single case in Nigeria. But they tend to be pretty limited in scope. The current episode is the largest so far – 672 deaths out of 1,201 infections to date – but still relatively limited in area. Outbreaks tend to be brutal but brief, and pretty well contained. The reason for that is the way that Ebola spreads. Viruses like influenza are airborne, so they can pass from person to person incredibly quickly; put a guy with the flu on an airplane and he can infect a whole bunch of people by the end of a long haul flight just through the selfish act of continuing to breathe in and out…

Ebola can only be spread by direct contact with the assorted bodily fluids discharged by a – usually bedridden – sufferer. That sucks if you’re a family member or doctor trying to care for them, but it’s a really inefficient way of spreading around a population. If you put a guy with Ebola on an airplane, chances are, at the end of the flight, you’ll still only have one (very sick) patient…

The great irony is that while the papers are raving about Ebola, far larger and deadlier plagues can barely catch their attention. The failure to eradicate measles in Nigeria at the turn of the century poses a far greater threat today, with over 150,000 people dying of the disease in 2011 alone. That failure was assisted by the irresponsible reporting of exactly the same newspapers now panicking about Ebola. Malaria infected a staggering 207 million people in 2013, killing an estimated 627,000 of them.’

Lindsay Hilsum,’Poverty is at the root
of west Africa’s ebola crisis’

‘Highly contagious, spread by contact with bodily fluids, ebola can be contained by standard infection control methods which are easy to implement in a developed country like the UK and almost impossible in Guinea or Sierra Leone… How many hospitals have I visited in Africa where patients lie two or three to a bed, lackadaisical (often unpaid) nurses and doctors watching them suffer because there are no medicines let alone disinfectant and rubber gloves to stop infection from spreading? In many they don’t even have soap. Needles are re-used because they are in short supply. War, state collapse and corruption have all taken their toll so the people return to the witch doctors who give them herbs, which may or may not work, or cut them and rub in magic potions which are more likely to spread disease further. In some places heroic health staff – some local, some foreign – provide the best care possible under the circumstances. Aid agencies and mission hospitals help, but state systems have failed across much of the continent. No wonder ebola is spreading through Guinea, Liberia and Sierra Leone, all desperately poor countries where conflict has destroyed what little infrastructure there once was.

Declan Butler, ‘Largest ever Ebola outbreak
is not a global threat’,

‘The European Centre for Disease Prevention and Control classifies people sharing public transport with someone infected as having a “very low” risk of catching the virus…The ECDC also says the probability of an infected person getting on a flight in the first place is low, given the small overall number of Ebola cases. Moreover, functional health systems should be able to prevent onward spread from any exported cases. Overall, the World Health Organisation estimates that there is a high risk of spread to countries bordering those with existing outbreaks, a moderate risk to countries further afield in the sub-region, but that there is little chance of spread overseas. There is no reason to assume that an exported case — be it to Lagos, a city of 17 million people, or any other place — will spark new outbreaks, because Ebola is not highly contagious’.

‘Rather than the fog of misinformation that currently surrounds this horrific outbreak, the world must understand Ebola for what it really is. The fear and ignorance that often surround it serve no one; only real knowledge and understanding will permit us to prevail. While devastating in its impact, the real enemy is not the Ebola virus or the animals from which it emerges. Whether on a local level in regions affected by the outbreak, or through the international media, ignorance and fear are our true adversaries…Ignorance and hysteria around this virus inflame its spread and thwart the development of systems that have the potential to stop it. Among the incredible challenges in the response to the current outbreak include misinformation and rumor. Lack of common knowledge about how Ebola spreads is causing some of the people in affected regions at greatest risk to shun health authorities and to avoid reporting the disease. Silence, denial and fear kill. Instead of permitting hard-working Ministries of Health to identify affected regions and anticipate future spread, they fan the flames.’

Julia Belluz, ‘Why are so many Ebola health-care workers
dying from the virus?’

‘Since the disease is transmitted through direct exposure to bodily fluids—from vomit to blood and sweat—health-care workers are advised to wear face masks, goggles, gowns and gloves while caring for patients. The trouble is, health workers in the developing-country context—especially those working in some of the poorest countries on earth, where the disease emerged this time—don’t always have access to this protective gear.

It’s important to note that they are also the ones who have died in this outbreak. Of the 60 deaths so far, none involved foreign workers (though two Americans are currently battling the virus, and one is a doctor). Foreign aid agencies such as Doctors Without Borders—which apply stringent precautions for all their health personnel—have never lost members of their teams to Ebola.’

Sarah Kliff, ‘We have the science to build an Ebola vaccine.
So why hasn’t it happened?’

‘The obstacle to developing an Ebola vaccine isn’t the science… The problem, instead, is the economics of drug development. Pharmaceutical companies have little incentive to pour research and development dollars into curing a disease that surfaces sporadically in low-income, African countries. They aren’t likely to see a large pay-off at the end — and could stand to lose money.’