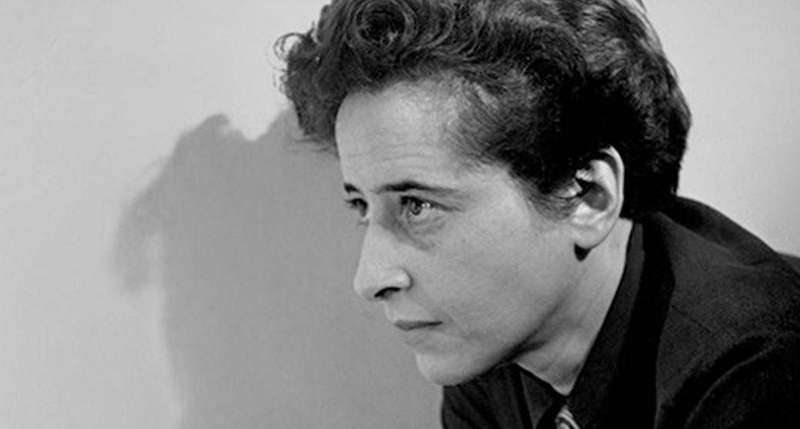 This essay, on the contemporary significance of Hannah Arendt’s concept of ‘the right to have rights’, was my Observer column this week. (The column included also a short piece on the dispute at Parkfield Community School over teaching about gays.) It was published in the Observer, 10 March 2019, under the headline ‘Human rights mean nothing unless we defend real, threatened people’.

‘The right to have rights.’ It’s 70 years since the philosopher Hannah Arendt coined that luminous phrase in an essay in the American socialist journal Modern Review. Two years later, Arendt developed the idea into a chapter in her book The Origins of Totalitarianism.

It’s an idea that has largely been ignored since, though scholars have begun discussing it more in recent years. It’s a concept, however, as important today as it was 70 years ago. In talking of ‘the right to have rights’, Arendt speaks to many contemporary debates, from the migrant crisis to the question of whether terrorist returnees, such as Shamima Begum, should have their citizenship revoked.

Two major developments spurred Arendt to think about ‘the right to have rights’: the UN Universal Declaration of Human Rights in 1948, and the disintegration of Europe’s political order following the First World War, which left millions as refugees or stateless, or minorities without rights.

Arendt herself had been forced to flee Nazi Germany, only to be interned in France as an ‘enemy alien’. Having escaped from the internment camp, she was, like many Jews, initially refused refuge in America. She eventually travelled there illegally on forged papers.

The trouble with human rights, Arendt observed, is that when they are most needed, they are least effective. The notion of human rights assumes that humans possess a set of basic, inalienable rights by virtue of being human. But they don’t. Humans, Arendt pointed out, acquire rights only as part of a political community. In the modern world, the political community that confers and enforces rights is primarily the nation state. It is citizens who today possess rights.

Millions of people have, however, been stripped of their belongingness to a political community – minorities that formally have citizenship, but in practice face abuse and discrimination, lacking the protection that other citizens possess, refugees who are citizens of ‘nowhere’ and therefore denied the rights normally accorded to citizens, individuals whose citizenship has been revoked by the state for political reasons. They have all become, in Arendt’s phrase, ‘human and nothing but human’.

It is when people stop being citizens, and become simply brute human beings, that they are most bereft of political rights and social protections – at the very point they most need them. ‘The world,’ Arendt wrote in a phrase that still chillingly resonates, ‘found nothing sacred in the abstract nakedness of being human.’

We witness this today. From the Rohingya denied citizenship in Myanmar, subject to mass murder and forced to flee their homes; to Syrians displaced by the civil war and deprived of the most basic of needs; to migrants locked up in Libyan prisons at the behest of the EU, so as not to sully Europe with their presence, and to allow politicians to dismiss talk of a migration crisis as ‘fake news’; to families broken up in detention by US border guards, parents often deported without their children – all are brutalised because they are excluded from the political community that confers rights.

In talking of the ‘right to have rights’, Arendt was not suggesting that any such right actually exists. She was pointing, rather, to the contingency and fragility of all rights. She was arguing, too, that neither nation states nor transnational human rights are capable protecting those deemed, in her words, ‘the scum of the earth’.

So, what should we do? Our starting point must be the recognition of rights neither as inalienably rooted in human nature, nor as gifts bestowed on citizens by the nation state, but as aspects of human social existence continually created through struggle and contestation. Rights are, as the political theorist Lida Maxwell has put it, ‘collective achievements rather than individual possessions’, and achievements that are ‘fragile’ and ‘imperfectly realised’.

Rights become meaningless unless we constantly engage in struggles to defend those rights, and in particular to defend those deprived of rights because they are deemed ‘nothing but human’. If we allow states to detain, abuse and bar migrants on the grounds that they are not citizens, if we permit authorities to vilify and discriminate against minorities because they are considered not truly to belong, if we accept that governments can arbitrarily revoke citizenship on the grounds that some are politically unacceptable, we not only deny others their rights; we expose the fragility of our rights, too. And in excluding from the political community those who are ‘human and nothing but’, we make all our rights more fragile still.

The photograph of Hannah Arendt is by Fred Stein.